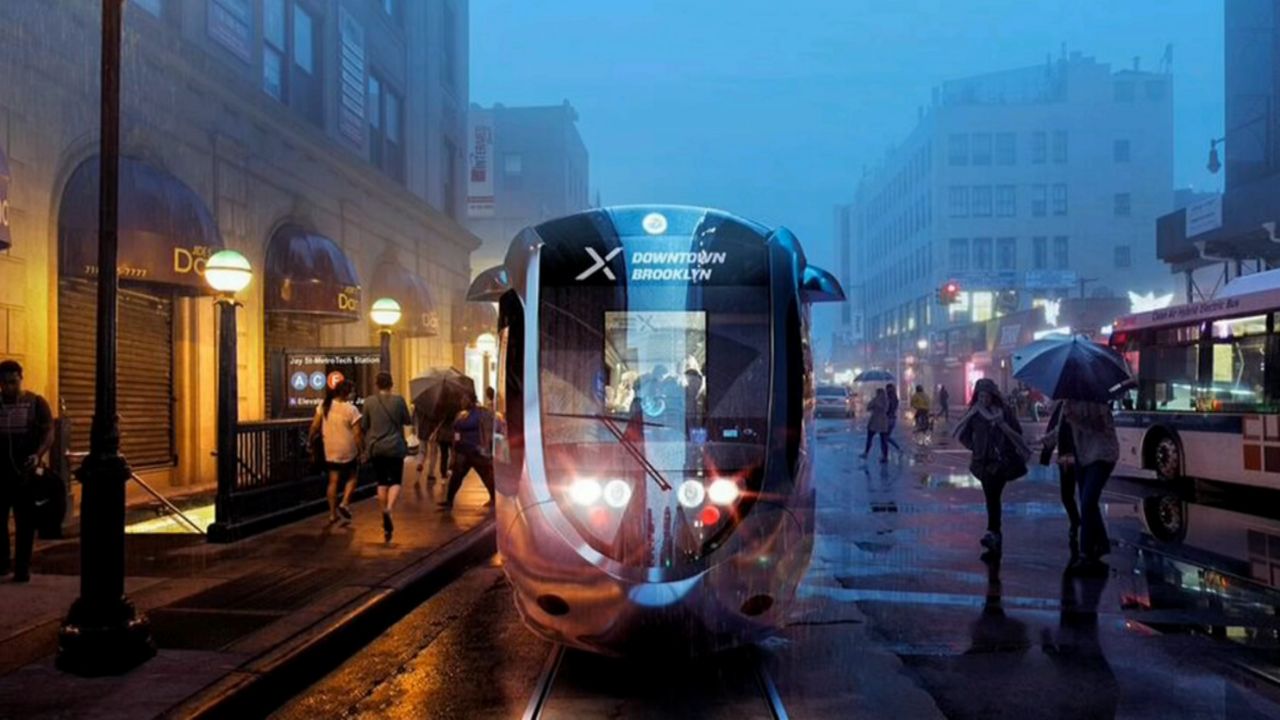 Brooklyn-Queens Streetcar Is in Hands of Next Mayor, But No Democrat Running Fully Embraces It

A 16-mile streetcar line along the East River in Brooklyn and Queens was going to be one of Mayor Bill de Blasio's signature projects, expanding transportation access to neighborhoods like Red Hook that are relatively far from the subway.

“If they have a tram, they don’t have to walk all the way to the train," said Frances Brown, tenant leader at the Red Hook East houses. "They can get on the tram and go where they have to go.”

The mayor called for construction of the $2.5 billion plan to begin in 2019. But the project remains on the drawing board, and de Blasio now says it will be up to his successor to build it.

“A lot of the route work has been done, a lot of the infrastructure investigations, as to what’s underneath the area, is being done," transportation engineer Sam Schwartz said.

Schwartz worked on the proposal before the mayor embraced it. He says the line would be easier to build today as technology advances.

"This is a good decade to advance this project," Schwartz said.

The project has faced mounting challenges, including questions about de Blasio's plan to pay for it with tax revenues from new development along the line. Three years ago, he downsized the plan to 11 miles, but raised the cost and called for federal financing.

Still, Friends of the BQX, a group of real estate executives and transit advocates, thought the city was making progress.

Then the pandemic hit.

“Because of the pandemic, pencils were down," Christopher Torres, director of Friends of the BQX, said. "We remained in high hopes and then, throughout the pandemic we didn’t really hear from the city, which was also fine because there were much more pressing things to work on.”

But of the nine Democratic mayoral candidates who responded to NY1 about the project, just one, Loree Sutton, vowed to built it, and she dropped out of the race Wednesday.

Brooklyn Borough President Eric Adams and Maya Wiley say only that they would consider it.

He's said he worries about gentrification.

Red Hook was supposed to be one of the big beneficiaries of the project, especially the Red Hook houses.

De Blasio said the project would  bring transit access and development to a long neglected community. Tenant leader Frances Brown says those goals are as important ever.

“We’re praying that the next mayor will take up the cause and follow through," said Brown, the tenant leader.