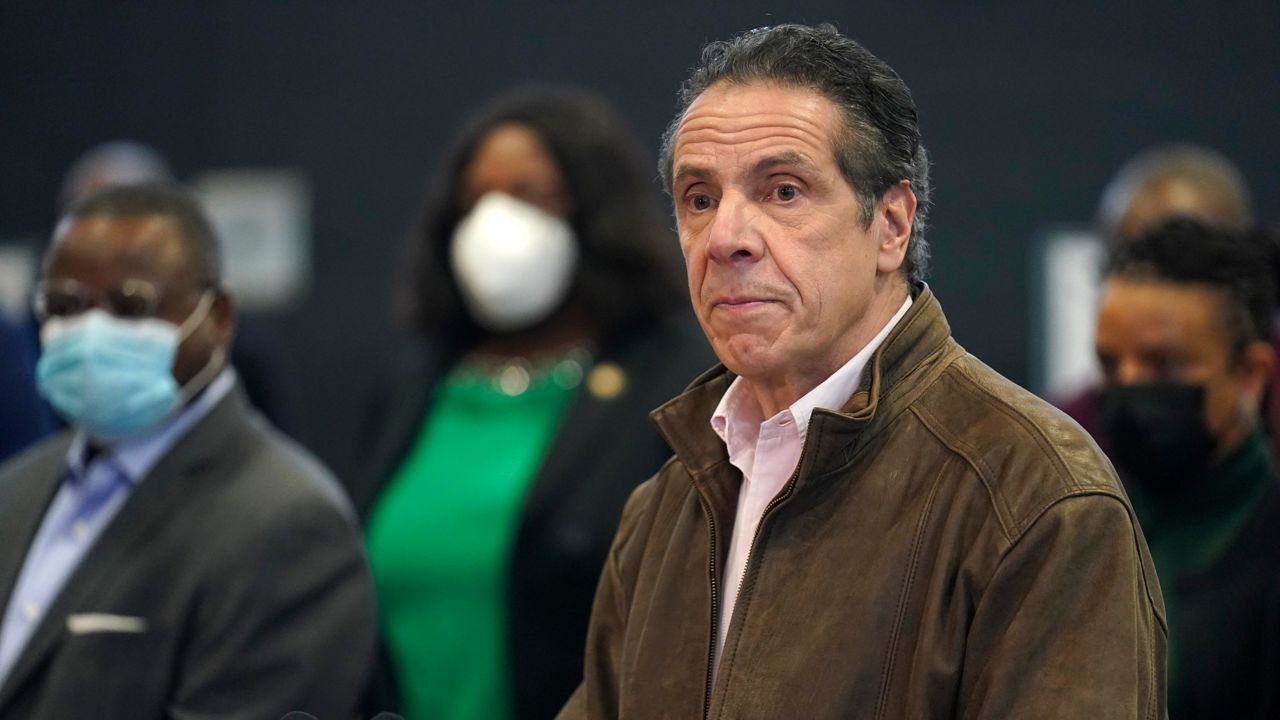 Could Governor Cuomo Really Be Impeached?

The impeachment of Governor Andrew Cuomo is an idea being pushed by Republicans and, at least for now, a minority of Democrats.

But should it come to that, New Yorkers will see much the same process play out as they did in Washington -- twice -- with President Trump.

"Impeachment in New York isn't that different than impeachment in Washington,” said Jack O'Donnell, who wrote a book on the impeachment of New York Governor William Sulzer in 1913, "Bitten by the Tiger: The True Story of Impeachment, the Governor and Tammany Hall.

Articles of impeachment would have to be approved by a majority of the state Assembly; a trial would then be held in the state Senate. The so-called High Court of Impeachment would consist not just of the state's 63 senators, but also the seven judges of the Court of Appeals, the state’s highest court. All seven are Cuomo appointees.

A conviction and the governor's removal from office would require a two-thirds majority.

Sulzer was the last and only governor impeached and removed from office. It wasn't clear whether the lieutenant governor was to assume the governorship following the Assembly's impeachment vote – or only after a conviction.

"What happened in 1913 was chaos,” O’Donnell said. “Governor Sulzer insisted that he was in charge. The lieutenant governor, a guy named Martin Glynn, insisted he was in charge. And basically, the state government kind of ground to a halt."

Sulzer had turned on the corrupt Tammany Hall political machine that got him elected, and was impeached within a year of taking office. He was accused of misusing campaign funds and committing perjury.

One gray area, O'Donnell says, is just what constitutes an impeachable offense.

"The state constitution does not lay out any criteria. So there's no high crimes and misdemeanors standard.” The standard, he said, is “in the eye of the beholder - the eye of the Assembly."

But while there may be a process and precedent, impeachment is an extreme measure that would likely paralyze state government.

"It really would shut down any other governing,” O’Donnell said. “You can't be negotiating a budget in the morning, and having a High Court of Impeachment in the afternoon."