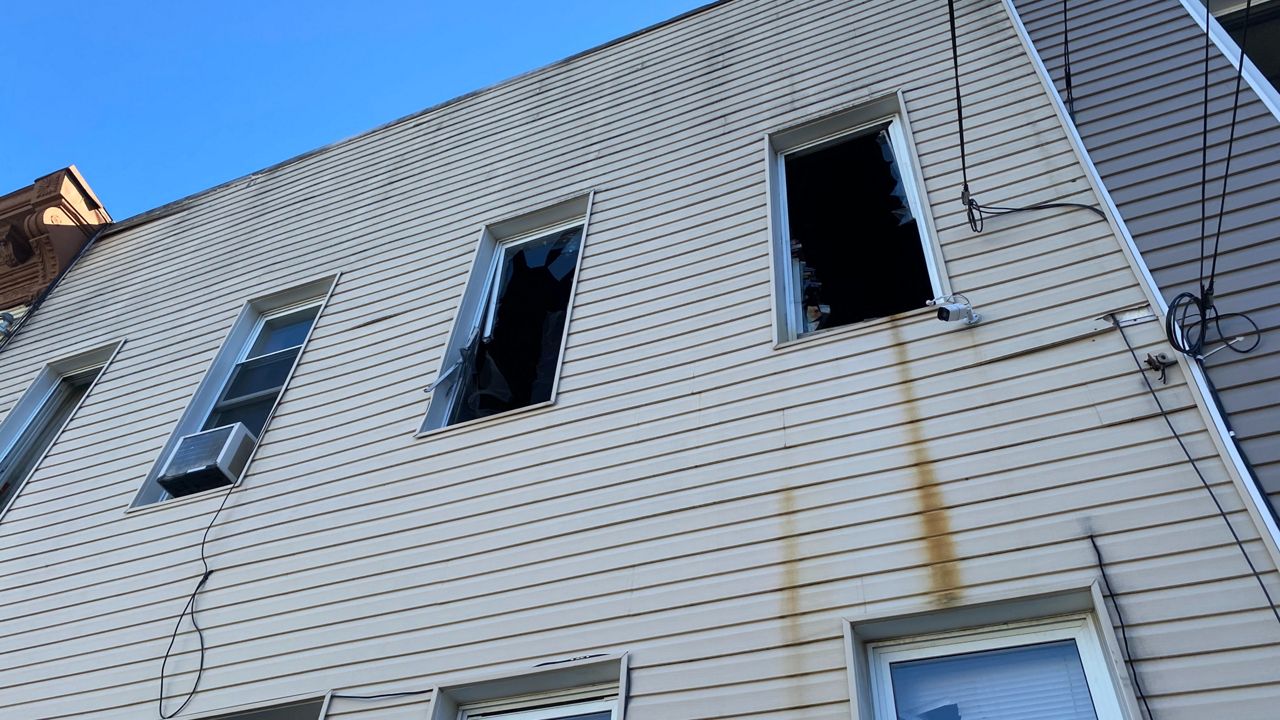 Leslie Ketcham removed her belongings from her apartment after an early morning fire. All things considered, she is thankful.

“I am alive, I am good. Things can be replaced," Ketcham said.

The fire broke out at around 5 A.M. Wednesday morning in a two-story, multifamily building on 85 St, between 88th Road and 88th Avenue in Woodhaven.

"The count is at seven who evacuated prior to our arrival, two of them were treated by EMS on the scene and the rest are at Jamaica Hospital," FDNY Deputy Chief George Healy said.

Five of the residents were taken to the hospital with minor injuries. Officials said a firefighter fell through a stairwell in the building and was taken to Jamaica Hospital with serious but non life-threatening injuries.

Later Wednesday morning, Gustavo Rosales and his sister gathered what they could from their apartment.

“Red Cross gave us info for a hotel room, or we'll stay with a relative," Rosales said as he carried a sack of clothes.

Rosales says he was awakened by shouts and quickly evacuated.

"They were banging and my mom said 'Yo, wake up, wake up, guys, it’s a fire,'" Rosales said. “At first, we were trying to be optimistic, maybe it is just the backside of the kitchen and living room were destroyed, maybe our bedrooms are not, but now that we see the whole mess, we basically had to start all over again."

Ketcham says her first priority is taking stock of what she has left.

She's lived here for 12 years, and says this is the second fire she endured in this building, so she knows how difficult it is to get back on your feet.

The cause of the fire remains under investigation.