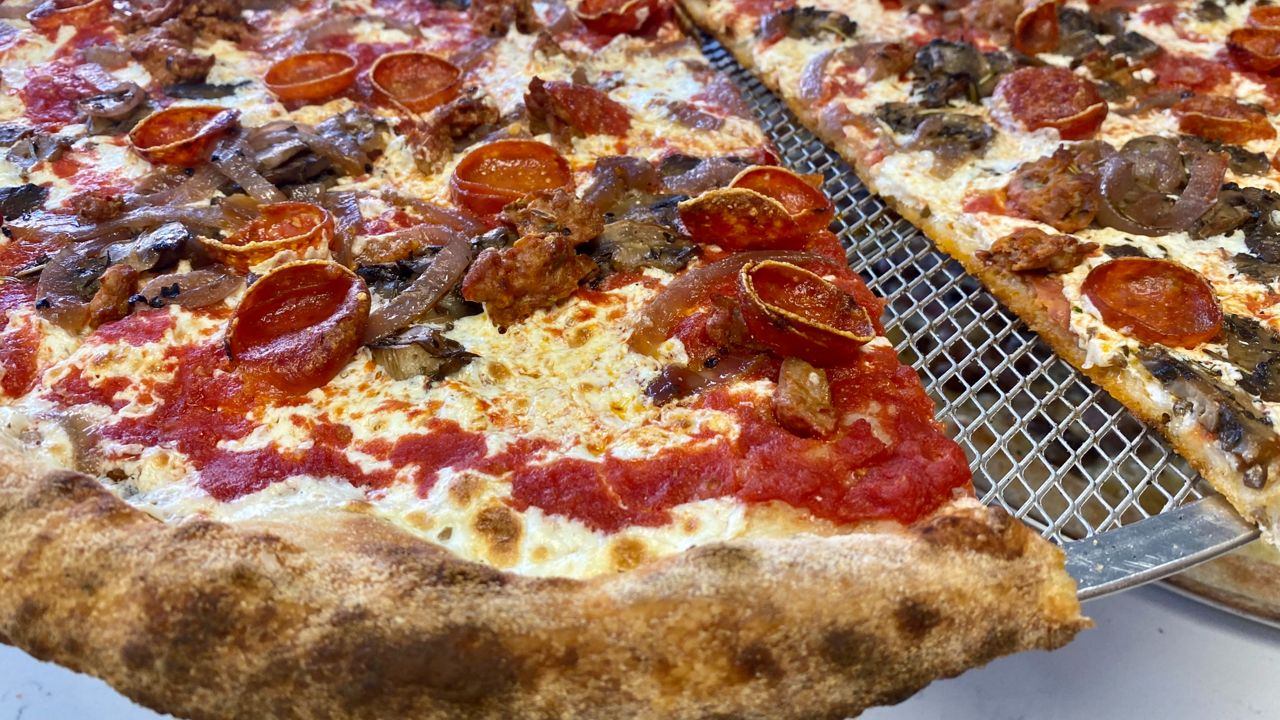 NEW YORK - Think you know a good pizza slice? Andrew Bellucci has been perfecting pizza for decades, including one specialty pie known as the vodka-roni.

"A white pie, two different types of pepperoni - we topped it off with a vodka sauce that I think works perfectly," said Bellucci, at his new pizza shop in Astoria.


New York City filmmaker David Shapiro has also dedicated himself to the slice on and off for 30 years.

"I grew up eating pizza, I love pizza, it's my kryptonite,” said Shapiro. “Andrew Bellucci's like a scientist of pizza. He’s like a master, a maestro," he added, in between bites of a vodka-roni slice.

Shapiro and Bellucci's paths have intertwined since the 1990s when Shapiro and his friend, Leeds Atkinson, pretended to have a show called "Eat To Win." They filmed in pizzerias, so they could eat for free.

The love of pizza, the city, and filmmaking was real, even though the show was not. And so nearly seven years ago, when Shapiro learned Leeds had died, revisited his old footage to piece together a seven-part docuseries about pizza in the city called, 'Untitled Pizza Movie.'

"We filmed in dozens and dozens of pizzerias and food establishments across the five boroughs - places that are gone,” Shapiro said. “So there's a lost city that's captured in here.” 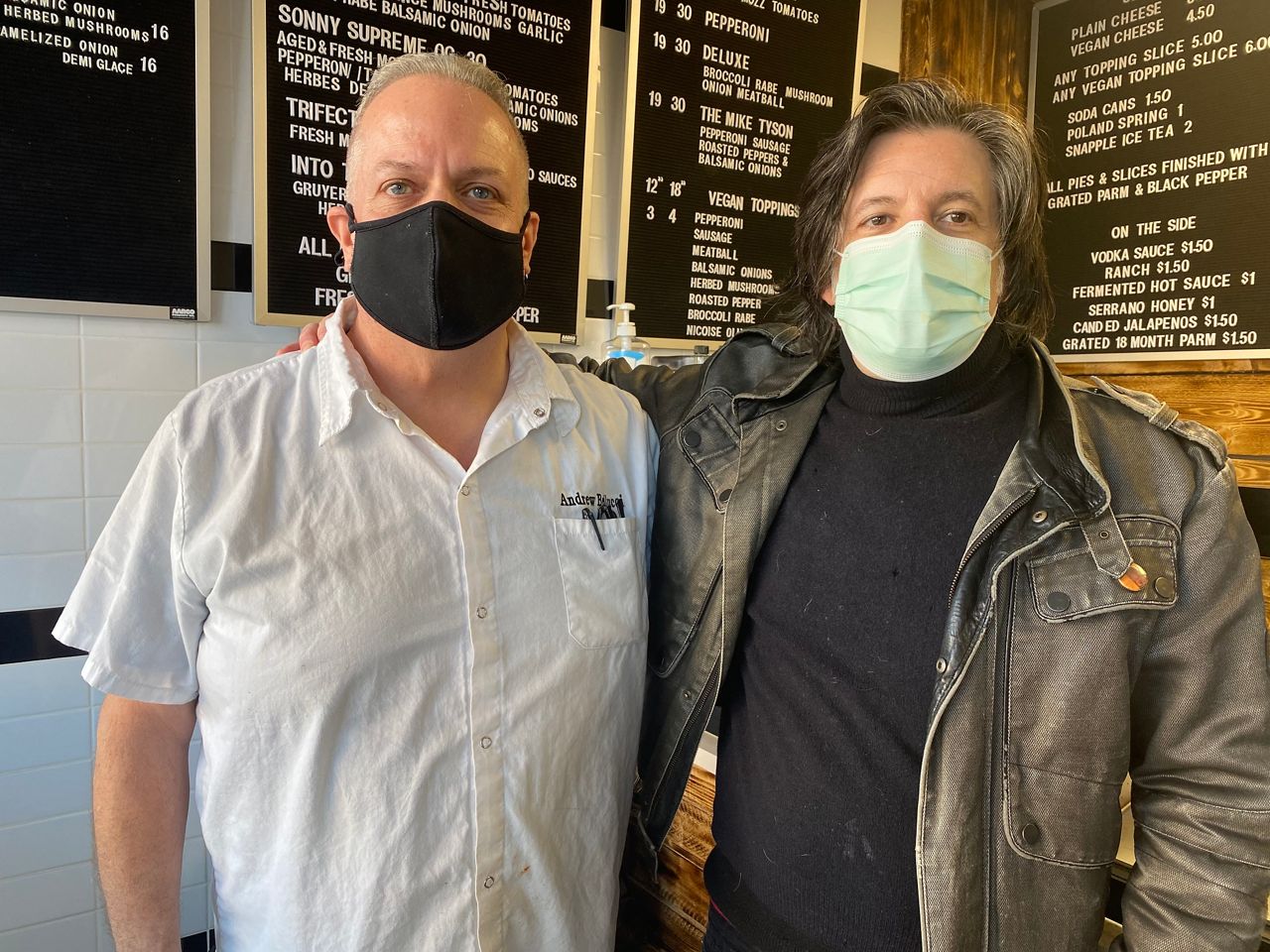 The series includes Bellucci’s spectacular rise and fall. The hotshot pizza maker at Lombardi’s in Manhattan was arrested in 1995 and pled guilty to fraud for embezzling money from a previous employer.

"It was very emotional,” said Bellucci, on watching part of his past. “I couldn't watch the whole thing. In the beginning, I skipped forward. I don't know, it took a while.”

Bellucci understands: "Pizza is a very simple thing,” he said. “It's crust, sauce and cheese. You can't hide any blemishes. So, you have to make the dough perfect, use the right cheese and use the right sauce.”

There's a lot that sets Bellucci's pizza apart - the history, the passion, and the ingredients, but Bellucci says it's also the crust. I ate a slice and so I know he's right about that.

Bellucci says he'd rather turn customers away if his dough isn't perfect, and he’s done just that, if not fermented the full 48-hours to perfection.

"In other places, they'll throw in more yeast, use more, you know, warm water let it let it blow up,” he said. “I don't do that. There's no substitute for time.”

For Shapiro, the pizza and the pizzeria represent so much.

"It's the best of New York, which is about people, neighborhoods, tolerance, a unique cosmopolis filled with energy and incredible pizza," he explained.

You can watch the new docuseries online at Metrograph.com.