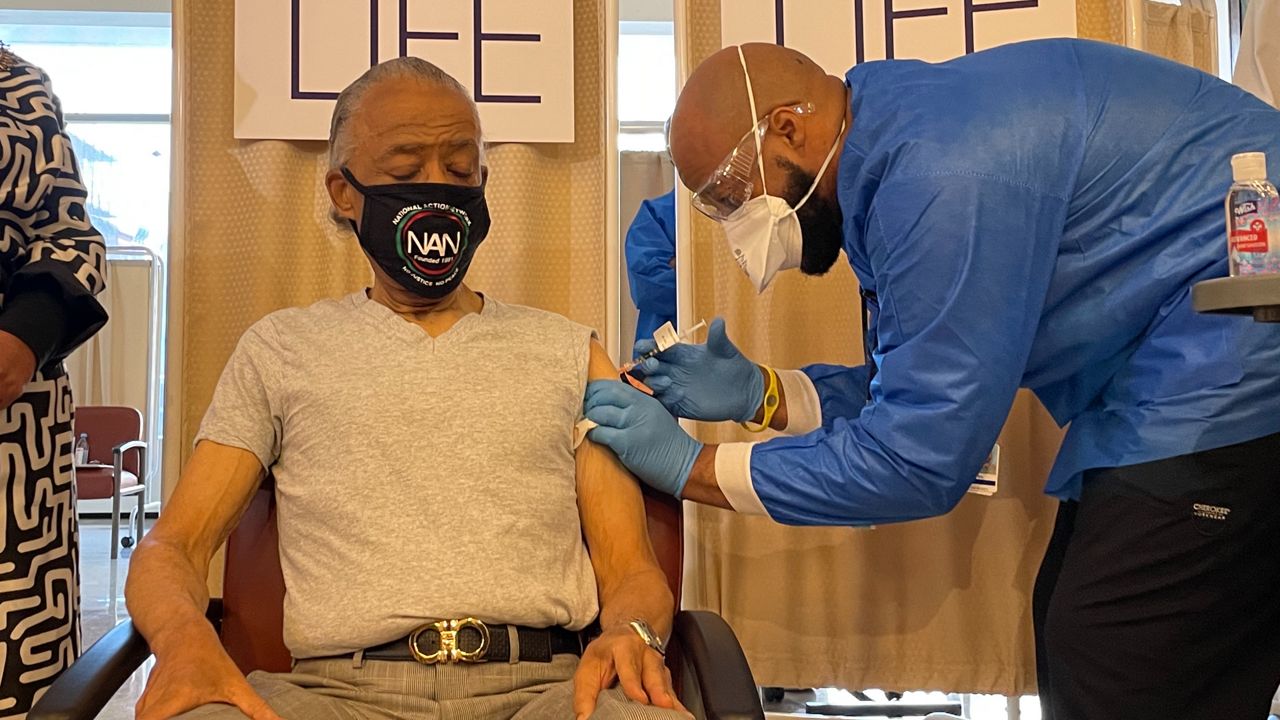 Rev. Al Sharpton Gets Vaccinated, Urges Black Community to Do the Same

An amen chorus rang out after the Reverend Al Sharpton received his first COVID-19 vaccination at Harlem Hospital Thursday.

The civil rights activist acknowledged he was apprehensive at first, but said he and other Black clergy leaders decided to publicly get vaccinated to set an example to others who are hesitant in their communities.

“Let’s quit playing with this and let’s deal with it. If we’re gonna be leaders, let’s lead our people, who are dying disproportionately," Sharpton said.

Apprehension about vaccines in the Black community goes back generations, stemming in part from the Tuskegee Study of Untreated Syphilis, when the Public Health Service conducted research on 600 Black men without their informed consent.

An ethically and morally wrong experiment that left a legacy of mistrust about some public health policies; mistrust that these clergy members are now trying to address.

“In Tuskegee they allowed Blacks with syphilis not to get the vaccination, not to get treated. This is the opposite, where they are being treated, so if you're going to believe in a conspiracy at least get it right," the reverend somewhat jokingly said.

The vaccine distribution is part of an initiative called Choose Healthy Life, which is trying to address health disparities in the Black community by providing education and support through the church.

Debra Fraser-Howze is the founder. She explained it's an effort based on a similar action plan she forged in the 1990s to combat the HIV/AIDS epidemic.

“The community can in fact be the best messenger and the best source of people who can help save themselves," she said.

Still, there does remain anxiety in the community.

“I understand the effort to have public figures take the vaccine publicly to kind of change that," said Harlem resident Michelle Fisher. "But I think unfortunately because the history is so long and convoluted it’s gonna take more than that.”

Part of this effort does include hands on assistance as well. Organizers announced that they will be opening pop-up vaccination sites at 10 churches across the city to bring faith and science together.