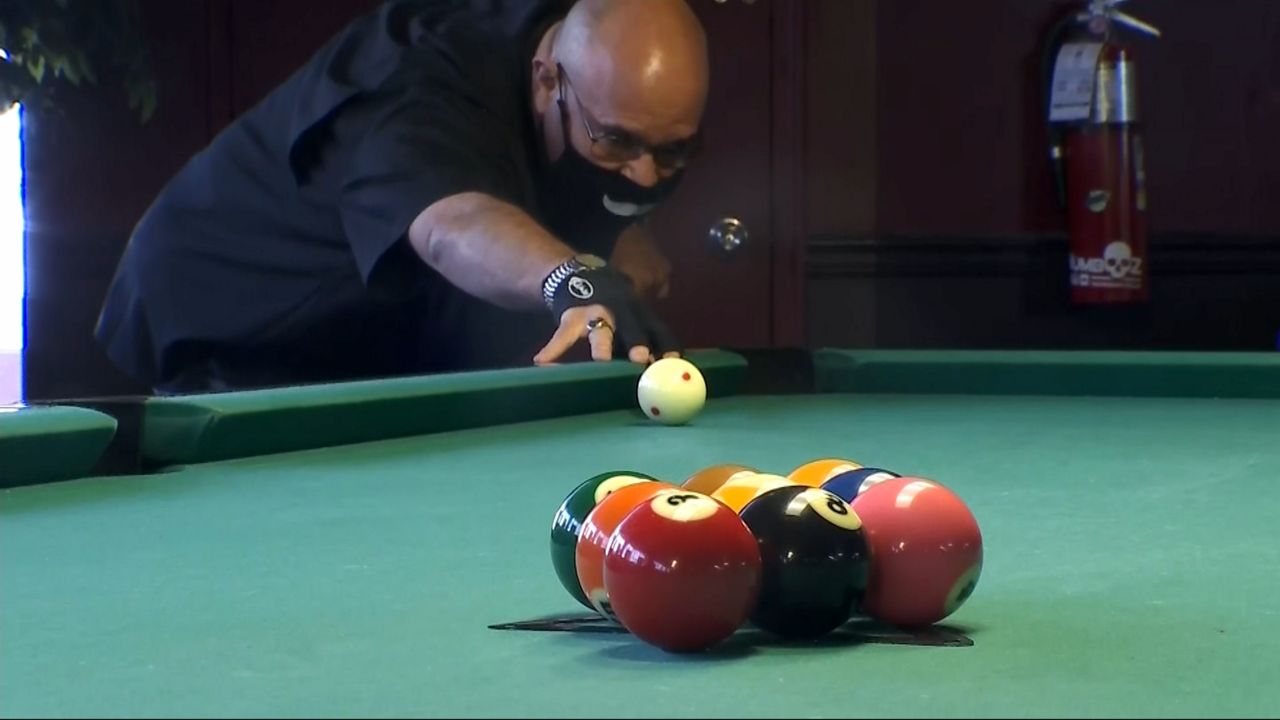 Tony Iglesias is back to doing what he loves, at the place he loves. He says when the state ordered that pool halls close to curb the spread of the coronavirus in March of 2020, a big part of his life was also shut down.

"The hardest thing for me with COVID is I haven't seen my closest friends in a year," said Iglesias.

The avid player is a regular at the Amsterdam Billiards, which is one of 16 pool halls across the state that sued the Cuomo administration over the fairness and legality of the shutdown. Initially all of the hospitality industry was closed, but other venues like restaurants and bowling alleys were gradually allowed to reopen, but not pool halls.

"We won the lawsuit and were allowed to reopen and now the governor is appealing the decision, trying to shut us down again," said Greg Hunt, Managing Partner of Amsterdam Billiards.

The state argued, in part, that the felt-covered tables are hard to sanitize because of the porous nature of the wool and nylon.

The pool halls challenged that idea, saying that casinos were allowed to reopen even though their tables are covered in the same material.

We were told the staff from Amsterdam Billiards sprays each table with disinfectant after each use. Patrons must wear face masks the entire time. Some told NY1 it feels much safer than other activities that are currently allowed.

"There's not a lot of interaction that's really close. The table is 9 x 4.5, so you're always that far apart," said Jeff Hanger.

"I don't see the justification. How are we under a certain umbrella and other establishments are not?" asked Iglesias.

The January reopening order, only applies to the pool halls in the lawsuit. These establishments can only operate at 50% capacity and only half of the occupants can be accommodated for food and drinks.

Hunt says the court date for the state's appeal could come at any moment, in the meantime he's extending this invitation to Governor Cuomo.

"I really would like to invite Governor Cuomo to take a quick tour of our pool room so I can walk around and show him everything we are doing to keep it safe," he said.