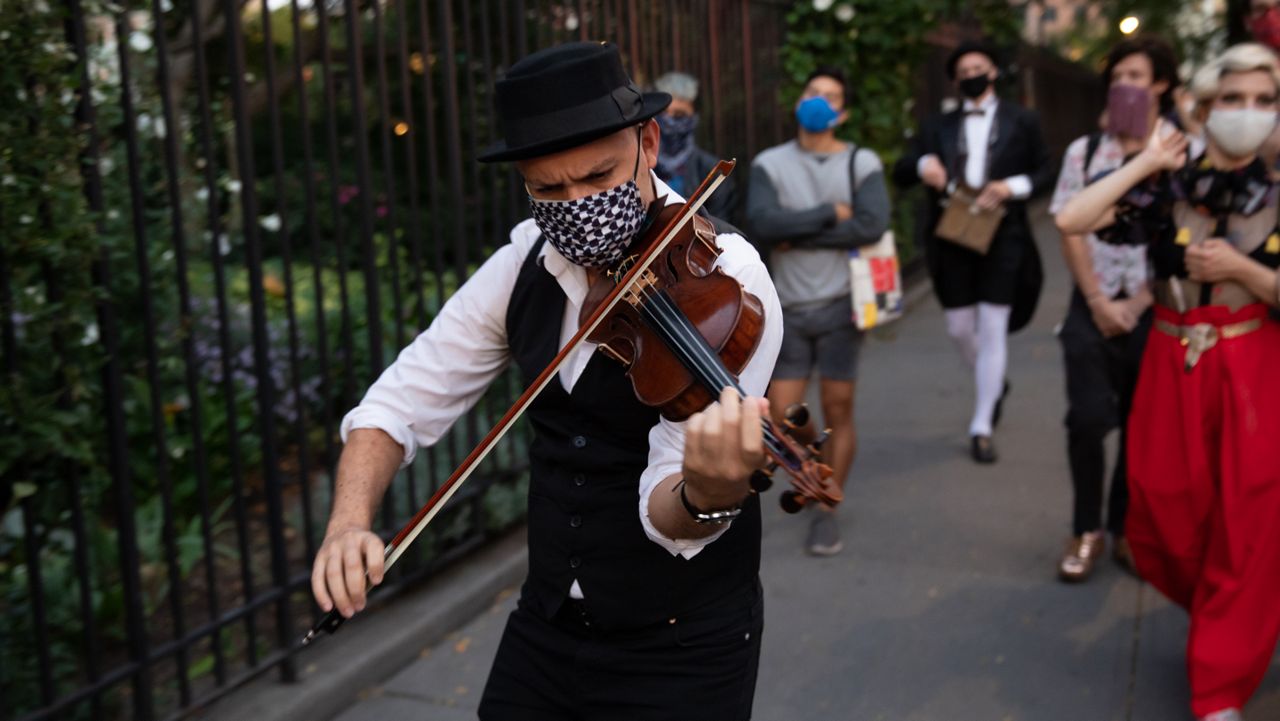 Before the shutdown, you could find the famous French painter Henri de Toulouse-Lautrec at the Moulin Rouge - the Broadway show, that is, eight times a week. But despite Broadway being closed, there is another way to encounter the 19th century artist.

"Voyeur: The Windows of Toulouse-Lautrec is an unforgettable walk through Greenwich village that will transport you back to Paris in the 1800s," said Mara Lieberman, executive artistic director of Bated Breath Theatre Company.

The walking tour/performance piece about the life of Toulouse-Lautrec was conceived by Lieberman.

"I knew pretty soon after the pandemic hit that I was not gonna be a Zoom person," Lieberman said. "I was like, there has to be a way to perform live safely. And I thought, well, if we have the actors behind windows and the audience is small and they're masked and socially distance, and they're moving from site to site, so we don't build up any kind of like a long-term contact in any one spot, then maybe this could work."

Clint Hromsco is one of the performers and puppeteers in Voyeur: The Windows of Toulouse-Lautrec.

"I’ve been so grateful to have some work during this time. When I got cast in this show, it reminded me how it was like a game changer for me. It changed my entire disposition. It reminded me how much I missed feeling a part of a community," said Hromsco.

Voyeur: The Windows of Toulouse-Lautrec isn’t the only socially distanced and masked performance taking place in NYC. The Kaufman Music Center is turning window spaces on the Upper West Side into see through barriers for musical performances. And this weekend kicks of Governor Cuomo’s NY PopsUp initiative, with over 300 pop up performances to take place all across the state and five boroughs over the next several months.

"Maybe theater can happen outside of the walls of the theater. What happens if theater happens on the street or behind a shop window or in a place where you least expected: on a stoop of a building? What if things pop up there?" said Lieberman.

"There was one night that we, the wind chill was 19 degrees and we had sold out shows. It reminded me how much New Yorkers are hungry for live theater, to see something creative, to see art again. That's what it actually fulfills me the most. In doing the show, is knowing that I can just be one, a small component to bringing that magic back to the city because it's not dead," said Hromsco.

For more information head to unmakinglautrecplay.com.