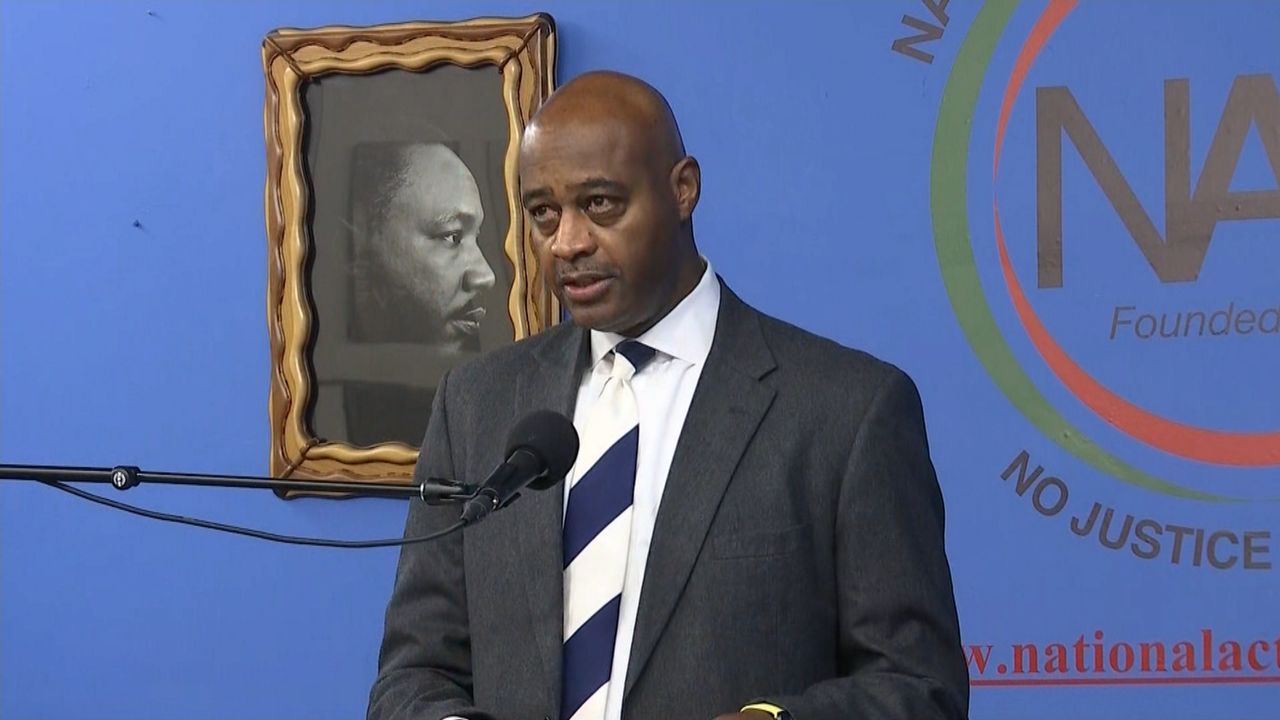 Mayoral Candidate Ray McGuire Has a Plan to Reform the NYPD

Most of the candidates in the mayor's race have shied away from promises to defund the police, the controversial rallying cry that emerged from last summer's protests. Former Citigroup executive Ray McGuire, for instance, has talked about the need for better policing, not fewer police officers.

But now, he’s also staking his claim as a reformer.

Last week, McGuire received the endorsement of Gwen Carr, the mother of Eric Garner, who's become an activist against police brutality. And on Thursday he'll release a police reform plan, details of which were obtained exclusively by NY1.

They include empowering the city's independent watchdog, the Civilian Complaint Review Board, in part by requiring the NYPD to provide body camera footage within 48 hours of request.

He'd also overrule the police commissioner if he disagreed with disciplinary decisions in cases of serious misconduct; he'd end qualified immunity, which prevents officers from being sued for misconduct; and he'd create a deputy mayor for public safety.

And while he doesn't specify plans to cut NYPD funding, he does say he'd review the $1.2 billion increase in its budget since 2010.

In an introduction to the report, McGuire writes: “Unlike many of the other candidates in the race, I know that someday I’m going to have to give my 8-year-old son, ‘The Talk,’ just as my mother once gave to me,” a reference to discriminatory policing.

Meanwhile, as he lags behind other mayoral candidates in name recognition, McGuire is striving to get his name out, launching a pair of digital ads last week. One features narration from prominent supporter Spike Lee.

And he’s touting celebrity endorsements like those of Knicks legend Patrick Ewing and supermodel Naomi Campbell.

On the fundraising front, McGuire has outraised all his fellow candidates, raking in about $5 million thus far. But he's also opted out of the city's matching funds program. That means there's no limit on the amount he can spend , but it's also left him behind rival candidates Scott Stringer and Eric Adams, who have raised less, but have also qualified for millions in public dollars.