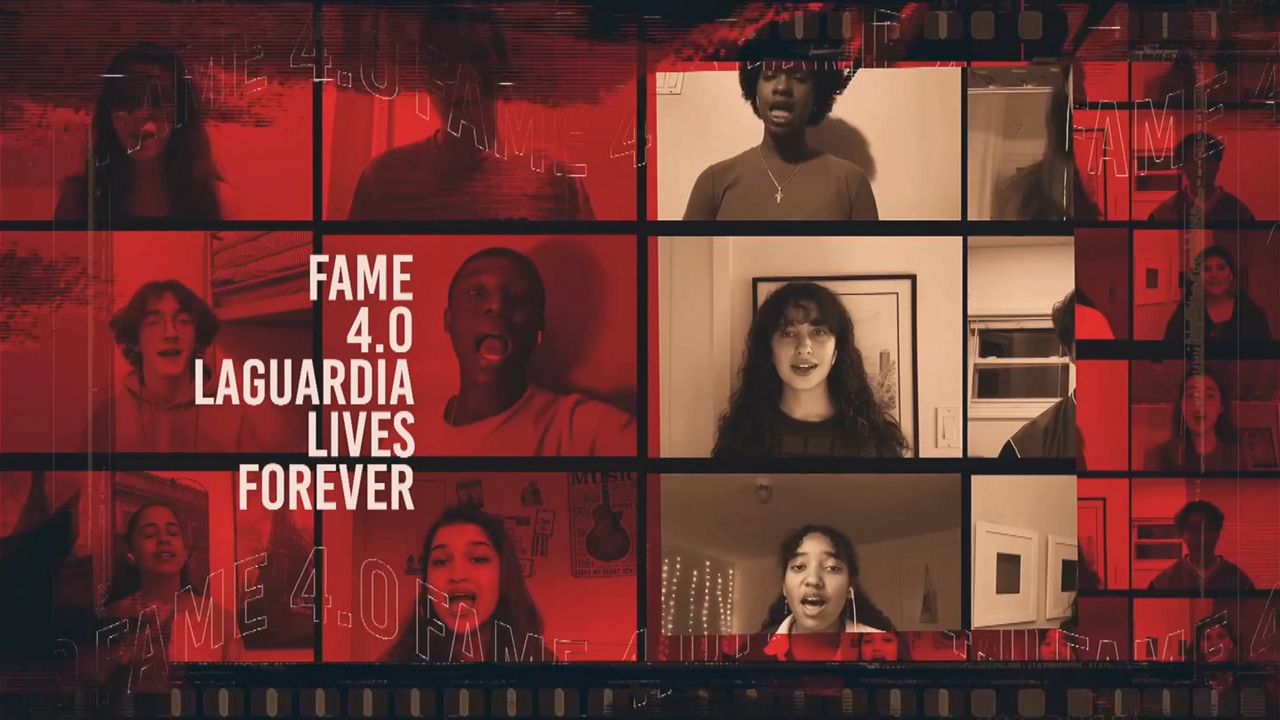 The classic film “Fame” is celebrating 40 years since its release, and the quote unquote Fame High School -LaGuardia High School of Music & Art and Performing Arts - is getting in on the celebration. Frank DiLella has more.

This Thursday evening, students of LaGuardia High School of Music & Art and Performing Arts are hosting a star-studded virtual fundraiser, performing iconic songs from the movie “Fame,” as the film celebrates its 40th anniversary.

Notable alumni include Awkwafina, Chaz Bono, and Fashion Designer and Brooklyn-native Isaac Mizrahi will be making an appearance.

"Performing Arts High School saved my life. I think that any kid needs an arts education almost before any other subject, because it just kind of teaches you everything there is to know about everything in life," said Mizrahi.

Not only is Mizrahi an alum of LaGuardia, he’s an alum of the film “Fame.” He and some of his classmates got to participate as extras.

"It really does capture the spirit of that school. And one thing I will say is for sure, verbatim, is this thing where there was like this kind of disco party at lunch every day. I love ‘Hamilton,’ you know, I love it. But when I went to see it, I kept thinking to myself, gosh, I wish like these audiences had been to Performing Arts High School in the 1970s, because literally there was a rap play about the presidents once a week," Mizrahi said.

Not unlike the film, students across all majors and boroughs are coming together for the benefit. Senior Vocal Major Moriah Granger, who hails from Rosedale, Queens, says “Fame” served as an inspiration for her.

"It's very evident that all these people are coming from these different backgrounds and they all have these challenges, but when they're in this school, they're kind of, they're just united by their love for the arts," said Granger of the film.

Students also had the opportunity to work with members of the "Fame" film and television series to craft music and dance numbers.

"I think that it's very underrated how important expression is when it comes to education, but because I was able to have arts in my education, there's just sort of individuality that I got to develop," Granger said.

To donate and watch head to LAGFAME40.COM on Thursday, February 11th at 7 p.m.

"This has been a rough year and I think that, now more than ever, we're realizing how influential music and the arts can be and how much of a unifying force, which is just something we really need right now," Granger concluded.