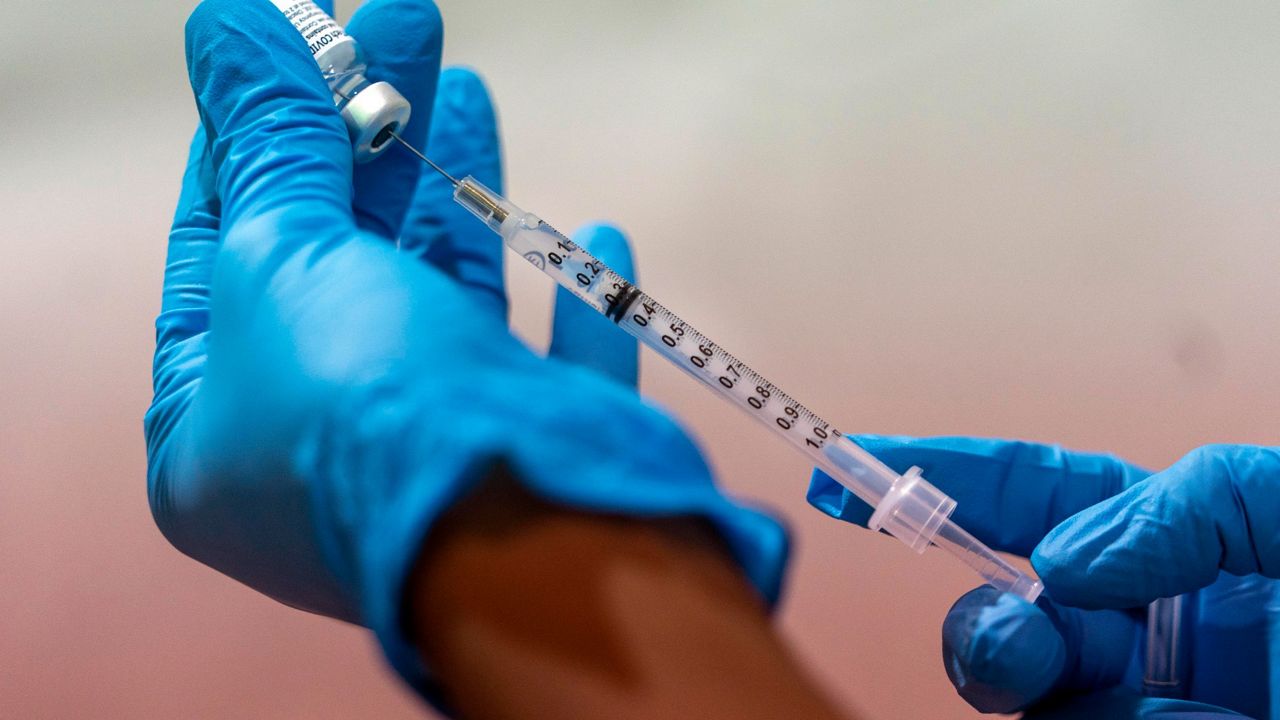 The coronavirus pandemic is putting a spotlight on inequality in health care. Black and Latino New Yorkers have the highest rates of COVID-19 infection and death. That’s why officials said they would initially target communities of color in distributing vaccines.

But late last month, Mayor Bill de Blasio revealed that only 11% of the New Yorkers who have been vaccinated are Black, and only 15% are Latino.

“That’s a real concern and my office has been working very hard to change that,” said U.S. Rep. Adriano Espaillat (D-Manhattan and Bronx).

Congressman Espaillat’s district has one of the largest vaccination hubs sites in the city -- the Armory in the Washington Heights neighborhood of northern Manhattan. He says 30,000 people have been vaccinated there so far. But he acknowledges it’s not enough.

Asked what city officials could do to close the gap, so that more people of color get the vaccine, Espaillat said, “I think open up more vaccine sites. So people can basically walk down the street to get their shots.”

The Biden administration has promised that some pharmacies, like CVS, would soon administer vaccinations. Dr. Ramon Tallaj says that is a good start but more should be done.

“Give the vaccine to the community primary care doctors,” he says.

Tallaj runs SOMOS Community Care, a network of clinics that serve mostly lower-income New Yorkers. SOMOS is in charge of the new vaccine hub at Yankee Stadium, which is dedicated to vaccinating Bronx residents. The borough currently has the city’s highest infection rate.

But expanding access to the vaccine is just part of the battle.

New York Presbyterian/ Columbia University Medical Center, which operates the Armory vaccination site, has been reaching out to senior centers, churches and other community-based organizations to ease any misconceptions the vaccine is unsafe. It also created a website to make appointment, an alternative to the city portal that some seniors find too complicated.

“Seniors were coming to me with such joy because they hadn’t hugged their grandchildren in a year or they hadn’t been out of the house in a year and they’re struggling,” says Andres Nieto, director of community health and outreach, for the NewYork Presbyterian Ambulatory Care Network.

Nieto says the goal is to vaccinate as many New Yorkers as possible to stop the spread of the virus, because that’s the only way life in New York will get back to normal.