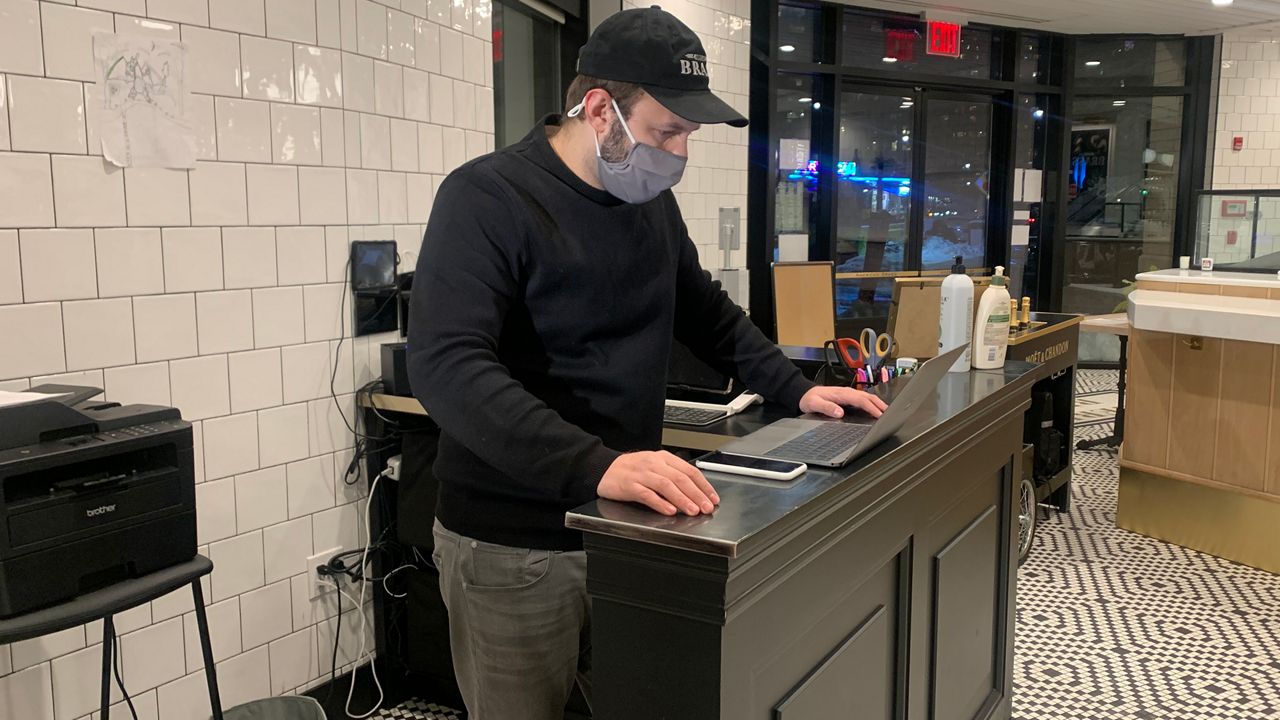 The governor said that restaurants have been asking to open prior to the holiday, to help them prepare for a big rush after months of being closed for indoor service.

"They've made the point that they'd like to open a couple of days earlier so that they can get ready for Valentine's day, get the staff oriented, get supplies into the restaurants and that's a reasonable request," Cuomo said. “Valentine's day should be a big restaurant day."

Restaurants must operate at 25% capacity, and close by 10 p.m.

Indoor dining closed before the December holidays when cases were beginning to rise, but the governor says the city’s numbers have improved enough to allow some restrictions to be lifted.

Restaurants in other parts of the state have continued serving indoors since the initial reopening. Outside of the city, those eateries are able to operate at a 50% capacity.

The governor said that the state will continue to assess the data when it comes to indoor dining in New York City.

“We commend Governor Cuomo for permitting indoor dining to resume in New York City on Friday, instead of Sunday the originally scheduled date,” said Andrew Rigie, executive director of the NYC Hospitality Alliance.​ "This will allow restaurants to generate much needed revenue from the Valentine’s Day weekend business, much of which they would have lost because the holiday falls on a Sunday this year. The advanced opening and better health metrics are welcome news to the city’s decimated restaurant industry and to lovers alike."

Bobby Briskin is scrambling to get his restaurant, American Brass in Long Island City, ready for indoor dining by Friday. He is glad the governor is allowing indoor dining a few days earlier, but he said he could’ve used more notice.

He also needs more chairs because he moved them into heated greenhouses for outdoor dining.

“Valentine’s Day is difficult enough, but at least when people come in, it’s always a couple more or less that day. If you see more than two people come in, you’re a little bit shocked," he said. "The Friday and Saturday before, you’ll see fours and sixes and eights, families, kids, so you need more of everything."

American Brass opened last March, just about a week before everything shut down. Briskin also owns Miaella, a restaurant located a few blocks away.