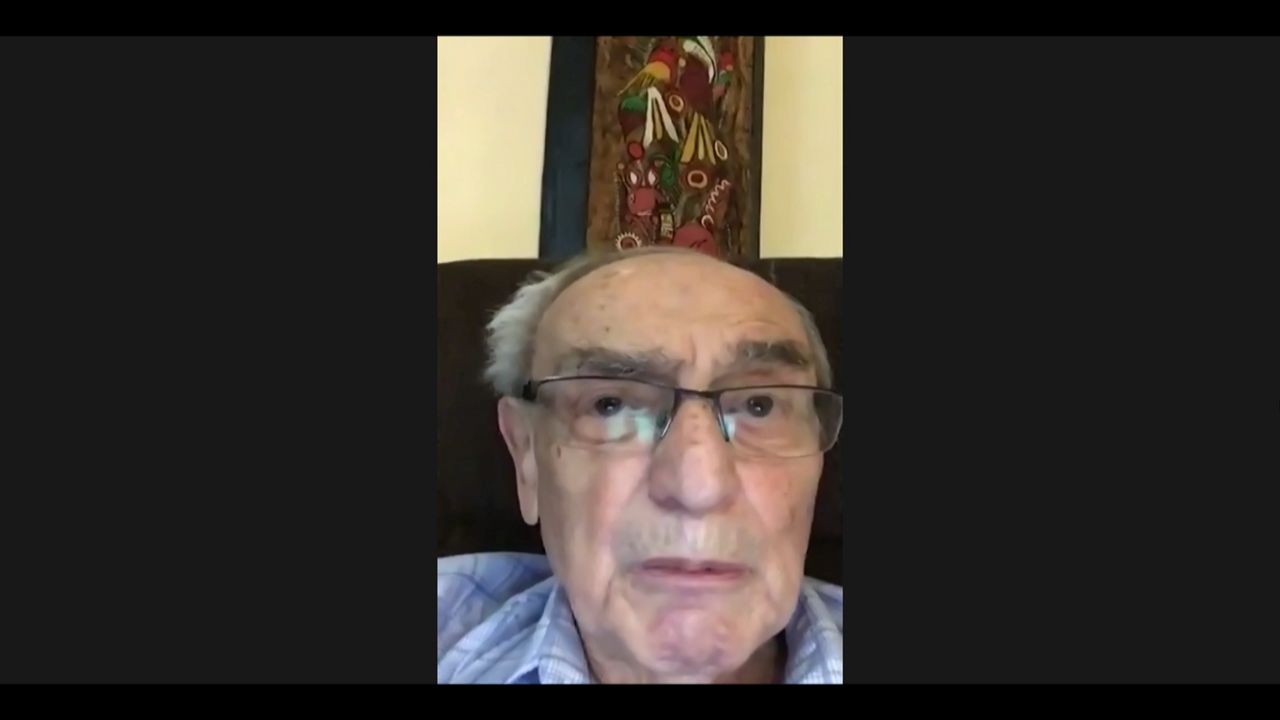 Holocaust Survivor in NYC Slams Deniers, Warns of Dangers of Rise in Anti-Semitism

NEW YORK — Telling his tale of loss, a Holocaust survivor living in New York City warned of the dangers of the rise in anti-Semitism, and denounced Holocaust deniers and neo-Nazis who participated in the attack on the U.S. Capitol.

"Unfortunately, anti-Semitism is alive and well. I think we all saw, two weeks ago in the Capitol, people with shirts that mentioned Auschwitz. It's an awful feeling for us that these things — I know they're not going to happen in America, at least I hope so — but it was an awful feeling," Henry Musat said in an interview with NY1 on Wednesday, International Holocaust Remembrance Day.

Musat is one of the many survivors who told his story as people around the world observed the 76th anniversary of the liberation of Auschwitz.

Most International Holocaust Remembrance Day commemorations were held online this year due to the coronavirus, including the annual ceremony at the site of the former Auschwitz death camp, where Nazi German forces killed 1.1 million people in occupied Poland. The memorial site is closed to visitors because of the coronavirus pandemic.

The online nature of this year's commemorations is a sharp contrast to events marking last year's anniversary, when some 200 survivors, and dozens of European leaders and royalty, gathered at the site of the former camp. It was one of the last large international gatherings before the pandemic brought normal life to a halt.

Musat's story was posted on the Instagram page of Selfhelp Community Services, a nonprofit that provides services to Holocaust survivors in North America.

Musat was born in Germany in 1924. His father's business was seized after Kristallnacht and given to a Nazi who worked for him. Musat's family was then forced to make furs for the Nazis fighting in Russia.

He and his family were eventually transported to Auschwitz, where his mother and sister were killed in the gas chambers.

"There are over 6 million Jews that disappeared like they never existed, because there is no grave. There are no tombstones for any one of them — or tombstones that we can visit," Musat said.

In 1949, he and his wife came to the United States and worked in the fashion industry. He began as a messenger before working his way up.

International Holocaust Remembrance Day comes amid a rise in anti-Semitism in the city and around the country, and after a Confederate flag was placed at the Museum of Jewish Heritage in Manhattan the same week many hateful symbols were seen during the riots in D.C.

This story includes additional reporting from the Associated Press.