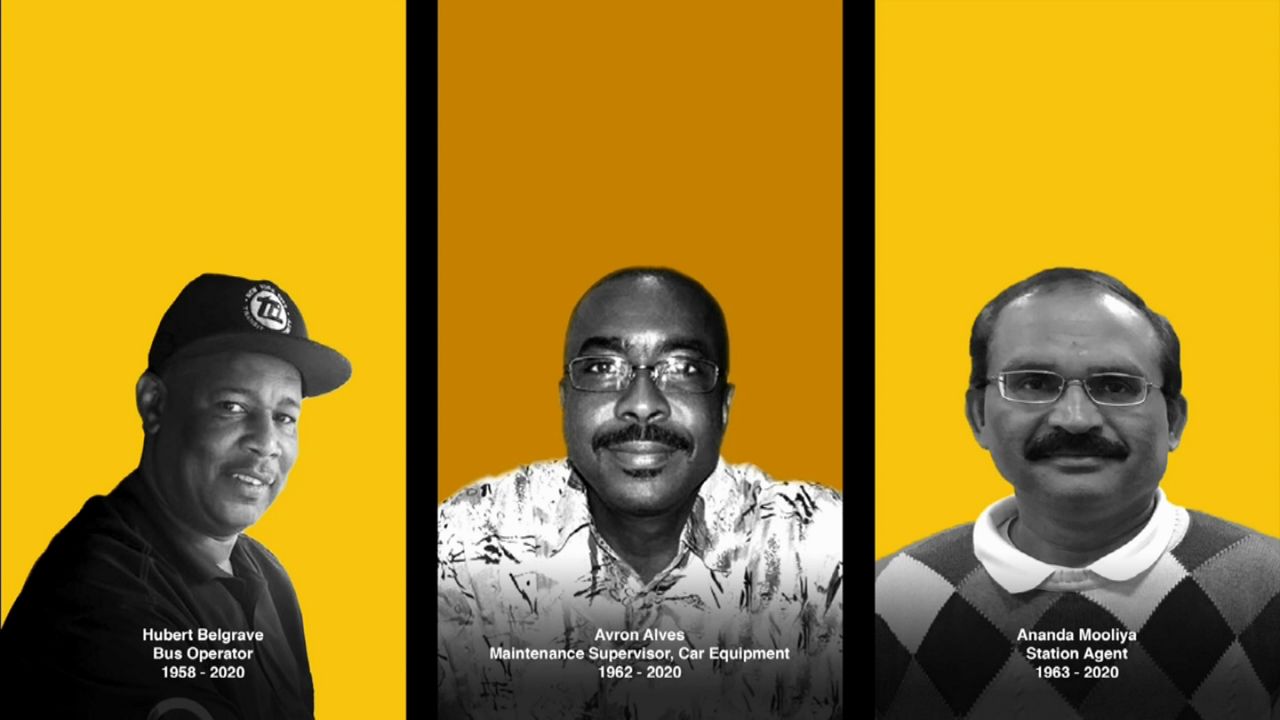 The MTA is honoring the 136 employees, mainly subway and bus workers, who died from COVID-19, with a virtual memorial.

The families of those who died provided the photographs for a digital display playing in more than a hundred stations.

"What we're hearing from them is that they're moved and they're grateful for it," said Sarah Feinberg, interim president of NYC Transit. "This is a very hard time for every single family that we remain close to."

The memorial video is eight minutes and six seconds long.

Its last stanza reads as follows:

of a stranger's heart -

"I thought it was really, really beautiful," said Ashley Elijah.

Her father, track worker Scott Elijah, died from COVID-19 at the age of 57 in March.

"I think they really stepped up for accommodating our families after suffering our losses, so to see them honor these lost employees in such a thoughtful and major way is a beautiful thing," Elijah said.

"I'm sure they will appreciate the MTA, the employees, who sacrificed to keep the system running, which keeps New York City running," Thankachan said. "I think it also is a morale boost for the employees of the MTA.”

The head of New York City Transit says this virtual memorial is a way to pay respect when a large ceremony in person is impossible.

"This felt like a way to honor our colleagues in the place that made the most sense in the system, before we're able to gather as a family," Feinberg said.

You can watch the memorial at here.