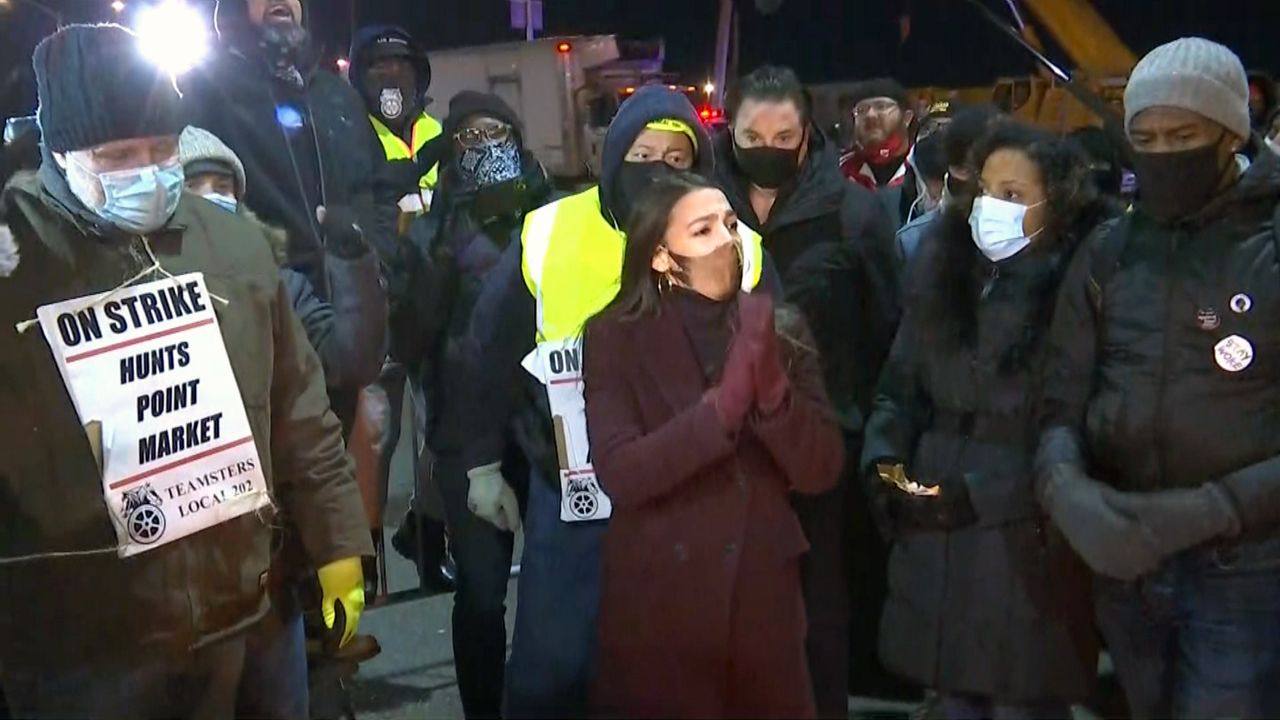 More than 1,400 workers at the large wholesale Bronx market hit the picket line Tuesday after voting to strike Sunday.

They asked for a $1 per hour raise and were denied.

Elected officials are calling for a federal mediator to bring an end to the conflict.

The congresswoman says they deserve our support.

"Our entire city needs to stand by our essential workers. And it's not enough for us to just say it and it's not enough for, you know, we have to say thank you to all of our essential workers from our nurses to our food workers to the folks loading the trucks. But it's not just enough to say thank you. We have to support them in their demands for a better life," Ocasio-Cortez said.

The Hunts Point Produce Market delivers hundreds of millions of pounds of food each year throughout the country.