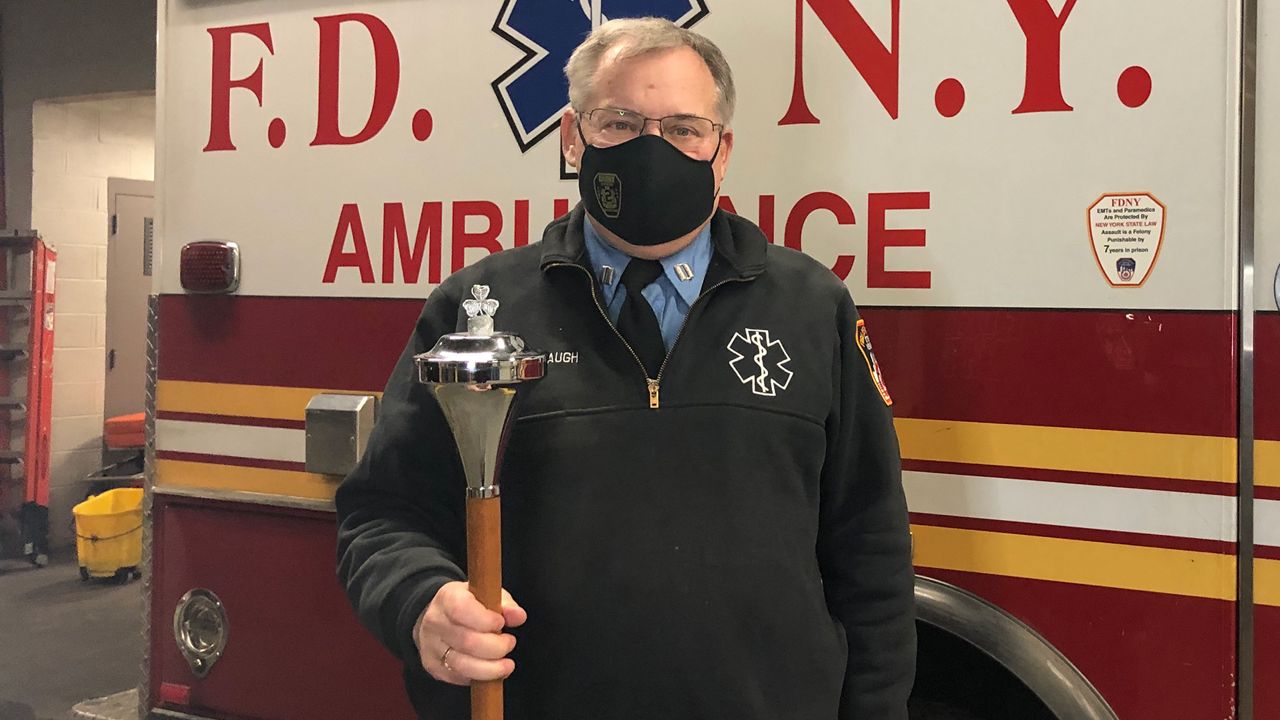 Amid the pandemic, it’s been some time since the FDNY EMS Pipes and Drums band performed publicly.

On Wednesday, that will change when members take part in this year’s Inauguration Day festivities .

"It was a great honor to be asked by the department to participate in this inauguration parade," said band manager and FDNY Captain Kevin Haugh.

It’s the opportunity of a lifetime for Haugh, who spoke with NY1 about the experience on Tuesday at EMS Station 18 in the Bronx.

Haugh said it's the first time the band will participate in an inaugural parade.

In 2017, their NYPD counterparts went to Washington D.C. to perform when they were asked participate in President Donald Trump's inaugural parade. Now, it’s the FDNY EMS Pipes and Drums band that gets an opportunity to shine.

"It's actually going to be nice for us," Haugh said. "COVID has affected a lot of things. We haven't been out to any parades. All the parades have been canceled."

COVID-19 has changed the inaugural parade as well. For the first time, participation will be virtual.

While the official announcement confirming their participation was only released by the inaugural committee on Monday, their actual performance for the Inaugural "Parade Across America" was filmed nearly a week ago at the FDNY EMS training academy in Fort Totten.

"We did it last Thursday," Haugh said. "It took us a good bit to get it done. We had to do it five times, five times to have it edited down to what the inaugural committee needed."

He said they put in about three-and-a-half hours of work, but they were happy do it.

Even so, it wasn’t exactly easy preparing for the performance. Members haven’t been able to practice together as a group since the coronavirus first hit the city.

"There's been no group practice, because again, we've been conforming to department policy of no large gatherings," Haugh said. "There's really no place for us to do it that's big enough for us to do and space out six feet apart."