How The City Plans To Help Its Artists

But on March 16, it all came tumbling down.

When the city shut down, venues closed. People couldn’t congregate. Workers lost their jobs and with that went many artists’ commissions.

“We lost probably 75% of our regular income,” said Karesia Batan, dancer and director of the Queensboro Dance Festival. “That usually comes from sponsorships, online fundraising. People just didn't have the money to give us that they usually do.”

Though much of the conversation around job loss has focused on industries like service and hospitality, data suggests that art and creative work has been the second hardest hit industry in terms of job loss in New York City.

On Tuesday, City Council members, artists, and community leaders gathered virtually for the city’s third hearing since the pandemic struck on the impact of COVID-19 on art in the city.

“Artists are workers,” said Councilman Jimmy Van Bramer, chair of the committee on cultural affairs, libraries and international intergroup relations. “They bring revenue and value to our city. Their work needs to be valued and prioritized.”

“Too many [artists] have been left out in the cold,” he added.“Society wrongly has focused on bailing out large corporations, while we have not nearly done enough for working people which includes, of course, our artists and cultural community.”

When Batan started the Queensboro Dance Festival, her goal was to cultivate and promote dance companies native to Queens. And while her work includes a commitment to access by hosting performances in public spaces like parks and community centers, her company relied on the Queens Theater for low-cost ticket sales.

In March when the pandemic hit, her organization lost access to the venue as well as that revenue stream.

“From the city, there definitely needs to be more of an equitable consideration as artists are workers of this city,” she said. “They’re revenue generators of this city just like small businesses are.”

The first would enable the Department of Cultural Affairs (DCLA) to conduct a study of the forces driving the displacement of cultural spaces in the city. The second would establish a process for artists to become certified by the city and thus allow cultural workers to reap benefits tailored to their industry much like the model in France, which has a specific artists unemployment program. The goal of the designation would be to allow artists to easily prove their status for future city benefits.

“We’ve known this information for years,” said Alejandra Duque Cifuentes, executive director of Dance/NYC, regarding the bill to assess and report on the issue of cultural spaces. “We know what people need. We can’t keep saying we need data to circumvent and slowly build up change.”

And while artists like Batan see the potential benefits of having an NYC “artists ID card,” they also have concerns about accessibility.

“We want to make sure that the certification and the implementation is made available to those who face barriers because of disability or lack of computer skills or lack of savvy in navigating bureaucracies,” said Jerome Harris of the Music Workers Alliance, a volunteer organization for independent musicians and DJs. “Also, the certified artists status must not be used as a cudgel for enforcing unjust social biases or personal vendettas.” 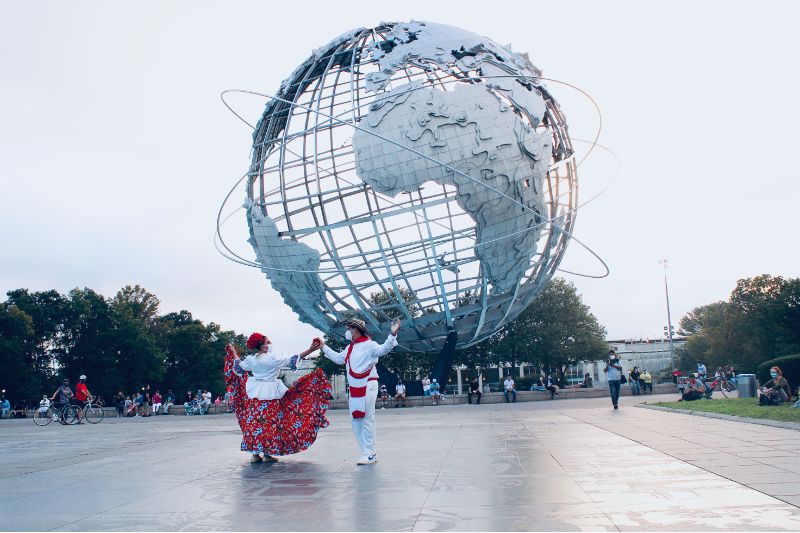 Cultural Affairs Commissioner Gonzalo Casals also expressed concerns about government-sanctioned art, while at the same time understanding “the spirit of the designation.”

“It makes me anxious to give the power to the government to decide who is an artist and who is not,” he said.

Still, like so many other industries, the COVID-19 tragedy exposed stark inequities that were brewing over time.

“Individual dance artists and small organizations that don't have massive representation, that maybe don't have a nonprofit status and, therefore, are completely off the radars of large institutional funders—there needs to be more attention paid to them,” said Batan.

Last week in one of his “State of the State” speeches, Gov. Andrew Cuomo outlined plans to bolster arts across New York including a series of statewide pop-up concerts featuring artists such as Amy Schumer, Chris Rock, Renée Fleming and Hugh Jackman.

But Councilman Van Bramer said more assistance needs to be geared towards the city’s artists who don’t benefit from huge name recognition.

It was a sentiment shared not only in regards to individual artists but to the spaces they need to operate.

“This is the time now to take a really hard look at the suffering that is happening to our industry and how it's affecting the city as a whole,” said Batan. “Small spaces that have been closed down is equivalent to small businesses closing down. They need the same amount of funding and protection, if not more so.”