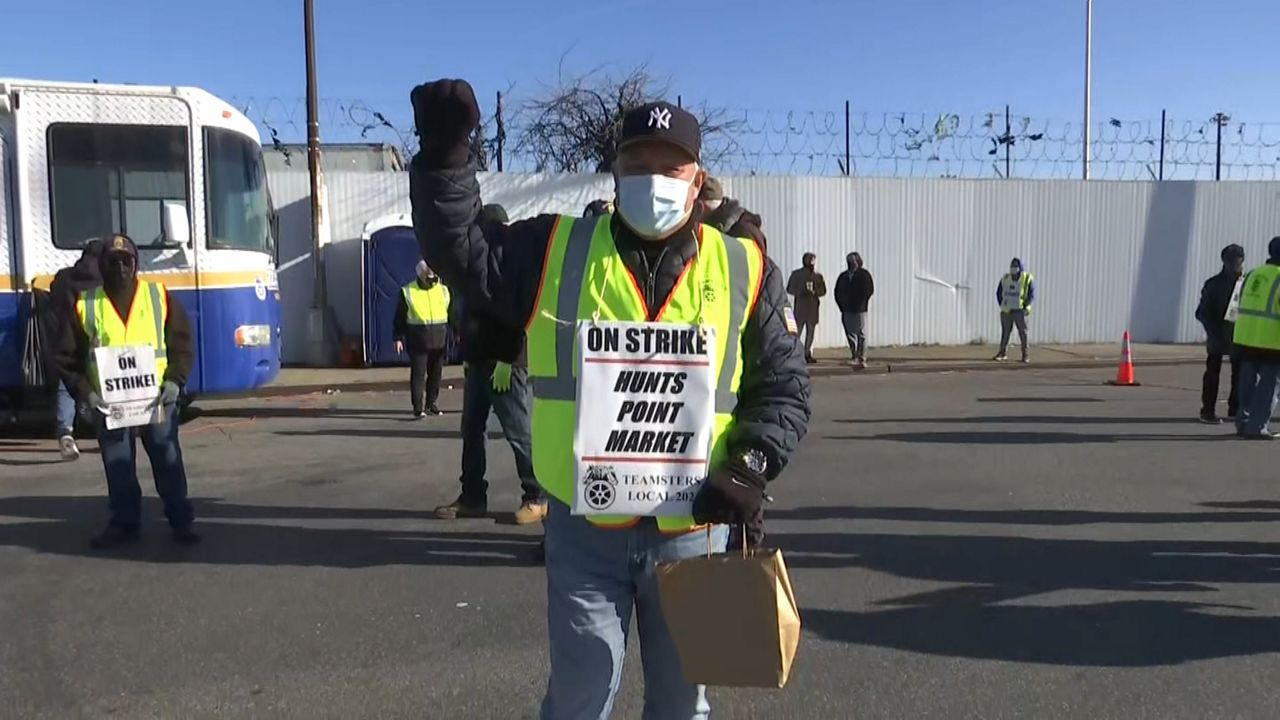 By Justine Re and Spectrum News Staff The Bronx
SHARE

THE BRONX — Millions of New Yorkers rely on the Hunts Point Produce Market in the Bronx, which provides up to 60% of the city’s produce. Now, in the middle of a pandemic, and for the first time in decades, its union workers have voted to strike over a wage dispute.

About 150 produce handlers at the facility, represented by Teamsters Local 202, say they help the company make billions of dollars, and a pay increase is reasonable, given that they’ve worked in person throughout the entire pandemic.

The move has the potential to impact grocers across the five boroughs as soon as Monday if union members continue striking, though Hunts Point Produce Market remains open in the meantime.

“I would love the support from the owners,” said Francisco Flores, who works at Hunts Point Market. "They act like they’re doing us a favor. You know, one hand washes the other. I feel like we both need each other, we both need to be there for each other, and right now they’re not showing us that they even care for us.”

The workers say they don’t feel appreciated and haven’t been able to work from home throughout the pandemic, like so many other New Yorkers.

According to Local 202, six workers have died at the facility due to COVID-19.

“The best they can do is mask up, try and social distance and do their jobs. And they’ve been doing that, even though they’re in fear of their own safety and families when they go home,” said Danny Kane, the president of Local 202. “We don’t think what we’re asking for is astronomical.”

On Friday, Hunts Point Market released a statement saying they remain committed to their employees.

“We are very proud to have kept our union workers — the vast majority of whom live right here in the Bronx — working and on payroll with full health benefits as the Bronx has seen an unemployment rate of 40%,” the statement reads. “Even with the continued uncertainty surrounding the pandemic, we are offering our dedicated workers wage and benefit increases over the next three years that are a multiple of the current annual cost of living. We are continuing to negotiate in good faith with the Union to keep our workers on the job and produce available in our region.”

Union members tell NY1 that they do not plan on working tomorrow.