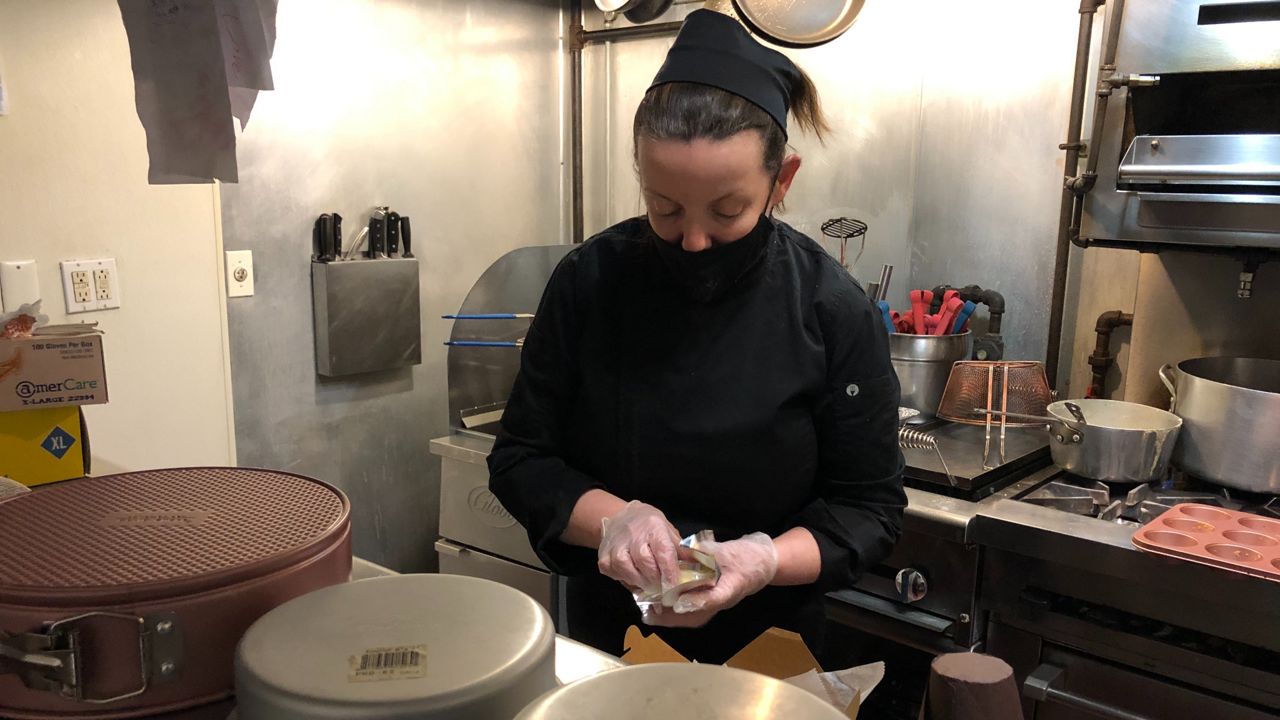 It's a busy start to the day for Mary O'Halloran as she takes daughters Maeve and Cara to school. They are two of her six children, ages 8 through 17. After drop-off, she makes her way through the East Village to her second home. It’s the Irish Pub and restaurant she owns on Avenue A called Mary O's.

The food and drink establishment she opened in 2009 is currently closed due to COVID-19 restrictions. There hasn’t been enough business to sustain outdoor dining. Despite there being no customers inside, she still is at work in the kitchen, making Irish Soda Bread Scones, her Mom's recipe from County Mayo, Ireland.

"I always used to have it in my head that on the side at Mary O's, I would love to have a little Irish shop, where I would sell little Irish things, like homemade things,” said O’Halloran.

O'Halloran started selling the scones online at the urging of the person who ran her weekly traditional Irish music sessions on Thursday nights at the popular watering hole and eatery. She says this certainly doesn’t make up for lost revenues from her pub being closed, but she gets a level of satisfaction from baking the treats, which she sends with her homemade jam.

"I'm not making money, absolutely no way, but it creates a vibe with people between the community and my own regular customers,” said O’Halloran.

While at Mary O's, O'Halloran checks in on her oldest son Patrick, who is doing his online high school classes downstairs, some peace and quiet away from the family apartment where two other siblings are learning remotely.

Back in the kitchen she is making Shepherd's Pie. Folks can buy one and O'Halloran brings it to various agencies feeding the hungry, so it’s a win-win for everyone involved.

It's O'Halloran's nature to keep moving and working. Her husband is a longshoreman who is often gone months at a time, so it's a lot to juggle, but she refuses to let Mary O's shut its doors.

"My gut feeling tells me that I can survive. I just have to keep going, you know?” said O’Halloran, who added, “It's really, really hard, but I can't give up. Do you know what I'm saying? I just can't."