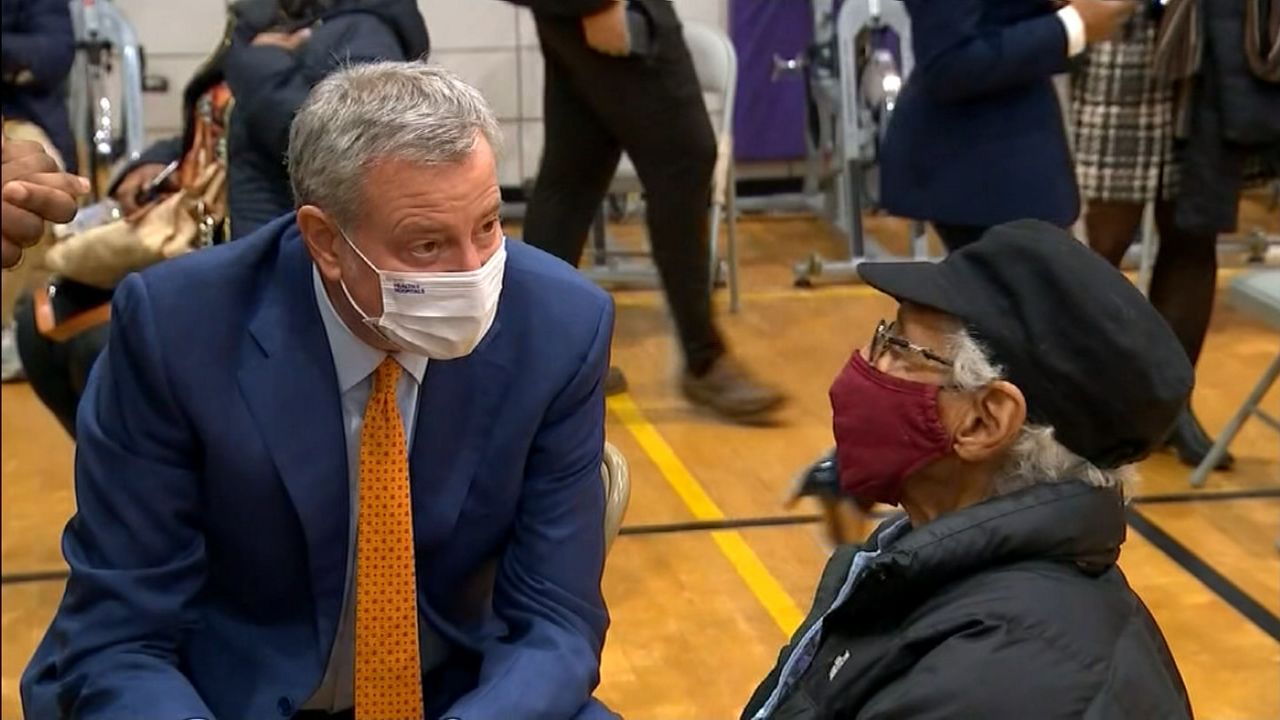 Teachers Are Being Vaccinated, But Mayor Cautions Not to Expect a Full Reopening

The city has begun vaccinating teachers, but Mayor Bill de Blasio says that doesn't mean schools and classrooms will be getting back to normal any time soon.

"We are of course watching carefully how many of our educators and school staff are getting vaccinated, but this is just the beginning of a process that is going to play out over weeks,” he said during his daily press briefing Tuesday.

The city's 75,000 teachers, along with other school staffers, are among those essential workers who became eligible for the coronavirus vaccine Monday, leading many to hope it might move the school system toward normalcy. But the mayor sidestepped a question about when it might be possible to return to five days a week in-person instruction for all students.

"I think this will go in stages. By definition, it will all come down to how much vaccine we can get, how quickly we can distribute it, obviously, how many people are willing to take the vaccine,” he said. “Our educators and school staff, so far, we’re seeing a lot of interest in the vaccine. The more who get vaccinated the better, so that’s something we’re going to be assessing constantly."

Right now, only elementary and special education schools are open, and many students in those schools still are not attending five days a week.

Any ramping up of in-person learning would start by reopening middle and high schools, which went fully remote in November as COVID-19 cases began spiking.

"Do I want to bring back middle school first and then high school? Absolutely. Do I think we are going to be able to do big things during this school year, bring back a lot of students? I absolutely do. I am really encouraged, but I need that supply of vaccines and I need people to want to get vaccinated,” he said.

If those schools were to reopen, only students who previously signed up to attend in person would be able to. But the mayor says that could change, depending on how many doses of the vaccine are administered.

"I’ve said before, if we have a different healthcare situation, we’re going to reevaluate everything and certainly offer an opportunity for folks to come back who previously have been doing remote. But we’re not there yet,” he said.