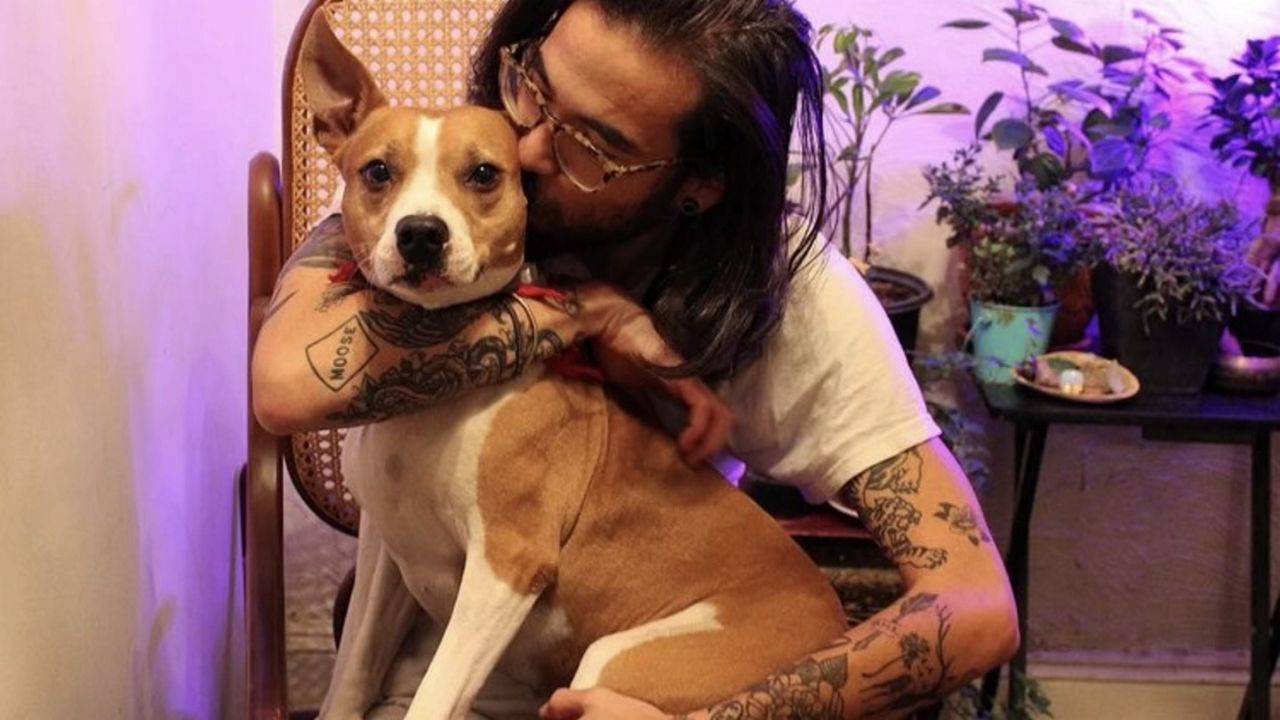 NEW YORK - Barry Myrick loves Roxy, the pit bull terrier he's lived with for five years, and cared for. Roxy is trained to sniff for bed bugs. Myrick began taking care of her when both worked for a Queens pest-control company, M and M Environmental.

"I feel like people understand how much you can really love a dog and how much they can love you too," he told us through tears on a Zoom call.

After the pandemic hit in March, Myrick was laid off. He returned his company uniform, car and credit cards but he was not asked to return Roxy.


In May, Myrick, his wife, their dog Robbie, and Roxy moved from Brooklyn to Philadelphia.

The company demanded Roxy's return, setting off a legal battle. M and M sees this as a case of stolen property.

"And we asked for what's called a temporary restraining order returning the dog to us while the matter is pending, because we can actually prove and it's undisputed that my clients own the dog," said the company's lawyer, Gary Port.

M and M says the company did not initially ask for the dog back because Myrick led them to believe he would eventually return to work with Roxy.

Myrick signed an agreement years ago stipulating M and M owned the dog.

But his lawyer, Bill Kurtz, says the company lost its right to Roxy by not immediately asking for the dog back and not compensating Myrick to care for the animal.

Friends have organized social media and GoFundMe campaigns to assist Myrick. He could use the help. When Myrick refused M and M's demand for Roxy, the company reported Roxy stolen. The Queens District Attorney’s office brought grand larceny charges against him.

Last month, a Queens judge rejected M and M's demand for the dog's return while the case plays out. The judge ruled, in part, that it was in Roxy's best interest to live with Myrick for now - the same standard used in custody fights over pets in divorce cases.

M and M's Lawyer says the ruling could lead to similar battles over guide dogs, and police dogs.

"I don't think the judge really thought through the ramifications when he decided that he was going to look at divorce law as opposed to ownership of animals. Working dogs are used all over the place," said Port.

For Myrick, it's a relief.

"Maybe other things will happen that aren't in my favor, but I don't care about those things as long as I know she's not going anywhere I'm gonna feel like we won," he said.

The ruling is being appealed. As for the criminal charge, the Queens DA did not respond to a request for comment.