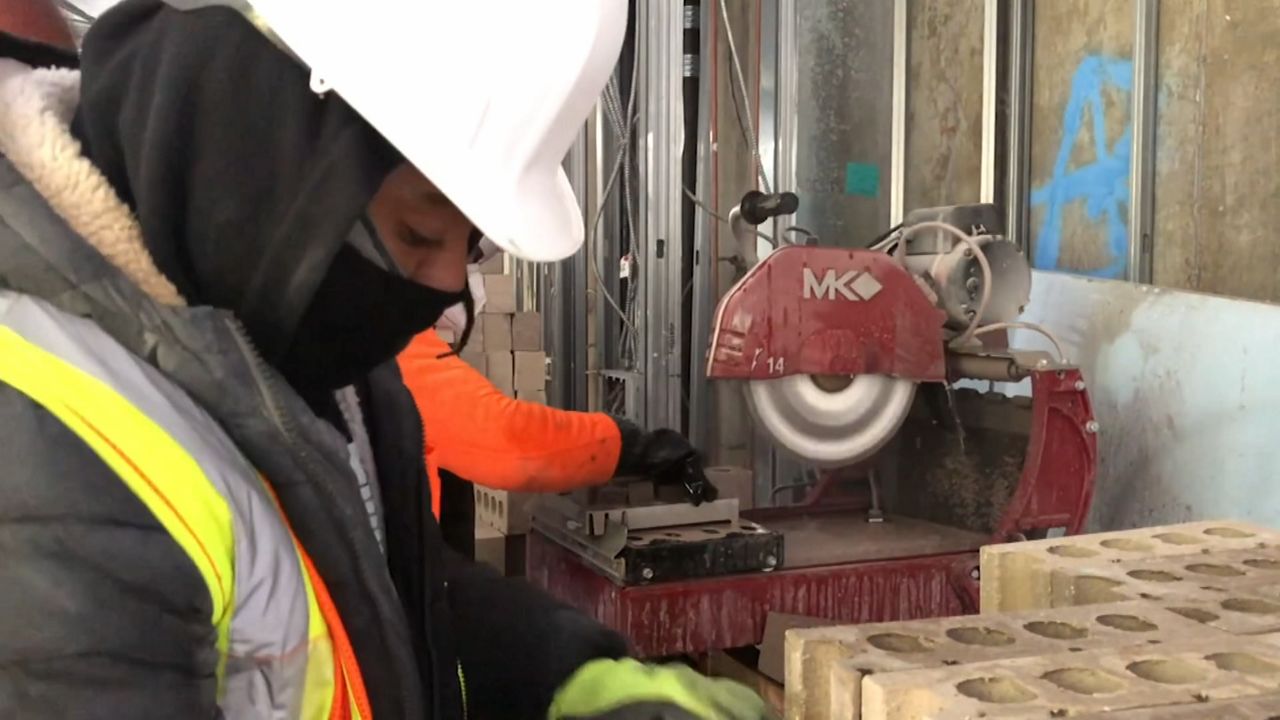 Tariq Butler has to leave for work before dawn, but he doesn’t mind.

The 26-year-old has a new job, and it’s within walking distance. He’s a mason’s helper on construction sites.

He was laid off during the pandemic from his last job, stocking cold storage on the overnights.

“It’s been a little bit rough finding employment,” he explained.

Butler lives with, and helps support his grandmother, and he has her to thank for the job. She reached out on his behalf to an organization called Positive Workforce.

It’s a nonprofit that trains Black and Hispanic New Yorkers for jobs in the construction industry, where they have long been under-represented.

Butler got his safety training in person after they started back up from the pandemic pause.

“It’s been a slow go, but it’s been steady ramping up,” said Vincent Torres, the director for Positive Workforce.

“We’ve have to work a lot harder to make sure people are ready,” said David Meade, the executive director of Building Skills NY.

Building Skills New York, also a nonprofit organization, is funded by the real estate and development industries, and partners with training organizations like Positive Workforce to place trainees in jobs.

“We’ve still been able to connect folks to some good opportunities this year,” said Meade.

He says because essential construction continued during the pandemic, they’ve been able to exceed projections, but has “had to work a lot harder.”

Take a look at their growth in job placements:

“To have a job pipeline, to be able to do it in a safe way, feels fantastic,” said Meade.

“I was shocked,” he said. “I wasn’t expecting to get the job so soon, with everything going on with the coronavirus.”

Butler says the steady paycheck will help him pay bills for him and his grandmother and provide a happy holiday for his nine-month-old son, looking to his family’s future, optimistically.

“Who knows what will happen in the future,” he said. “Maybe I can get raises and it will open doors for me as well so I’m blessed. I’m excited about that.”