'Work of Art': Moynihan Train Hall to Open for Amtrak and LIRR Commuters

The difference between Penn Station and the new Moynihan Train Hall opening on Friday is as stark as night and day.

Gov. Andrew Cuomo cut the ribbon on the 255,000-square-foot transit hub for Amtrak and Long Island Rail Road commuters, providing them a bright and spacious alternative to the dingy and cramped Penn Station. 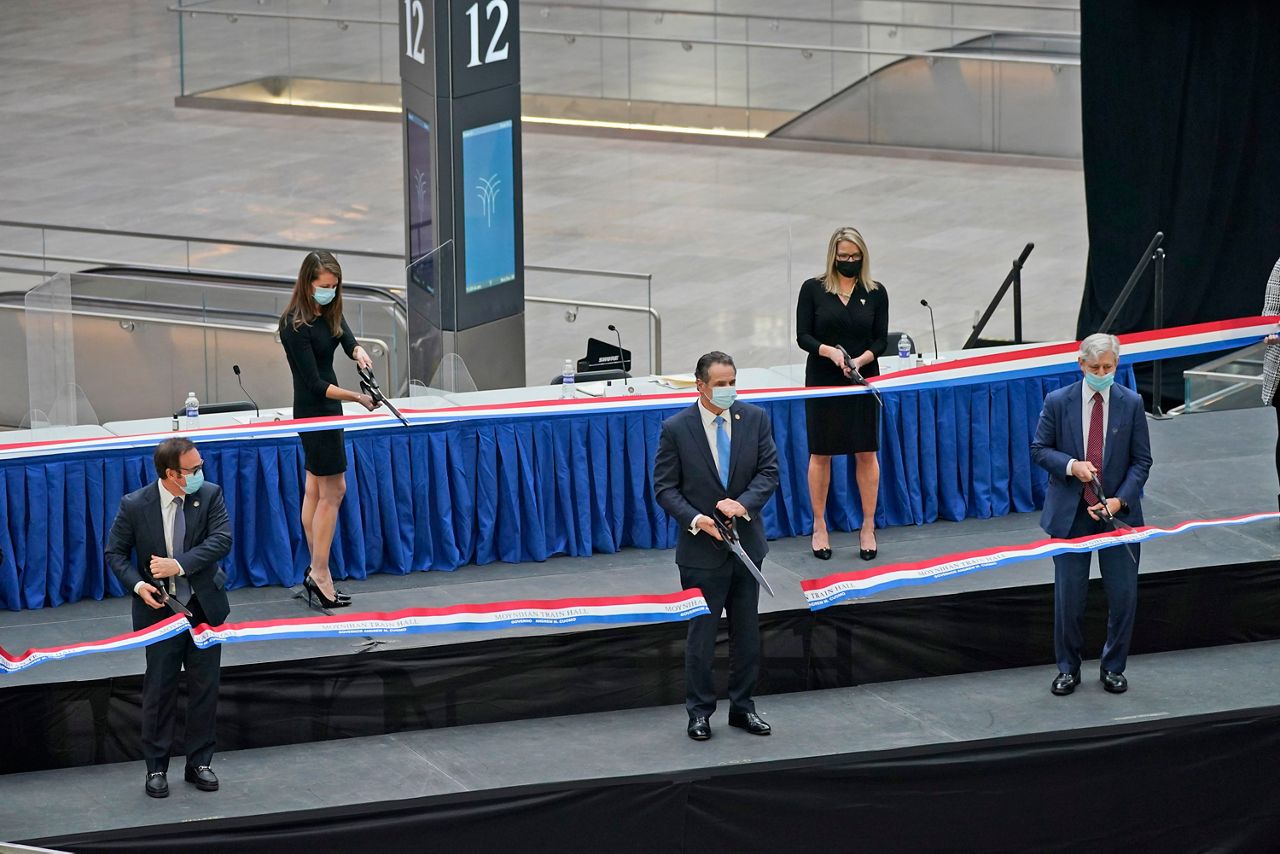 To Cuomo, it is a metaphor for New York's resiliency and resolve.

"As dark as 2020 was, to me this hall brings the light - literally and figuratively," he said.

It bears the name of the late New York Senator Daniel Patrick Moynihan, who wanted to recreate the glory of the old Penn Station - demolished in 1963 - inside the Beaux-Arts James A. Farley Post Office building across the street, on 8th Avenue.

The open concourse sits beneath an acre-long skylight that once illuminated postal workers sorting mail.

Commuters can get direct access to Amtrak and some Long Island Rail Road train, with passageways to Penn Station and the 8th Avenue subway lines.

There is a seating area for ticketed travelers, plus an Amtrak passenger lounge. 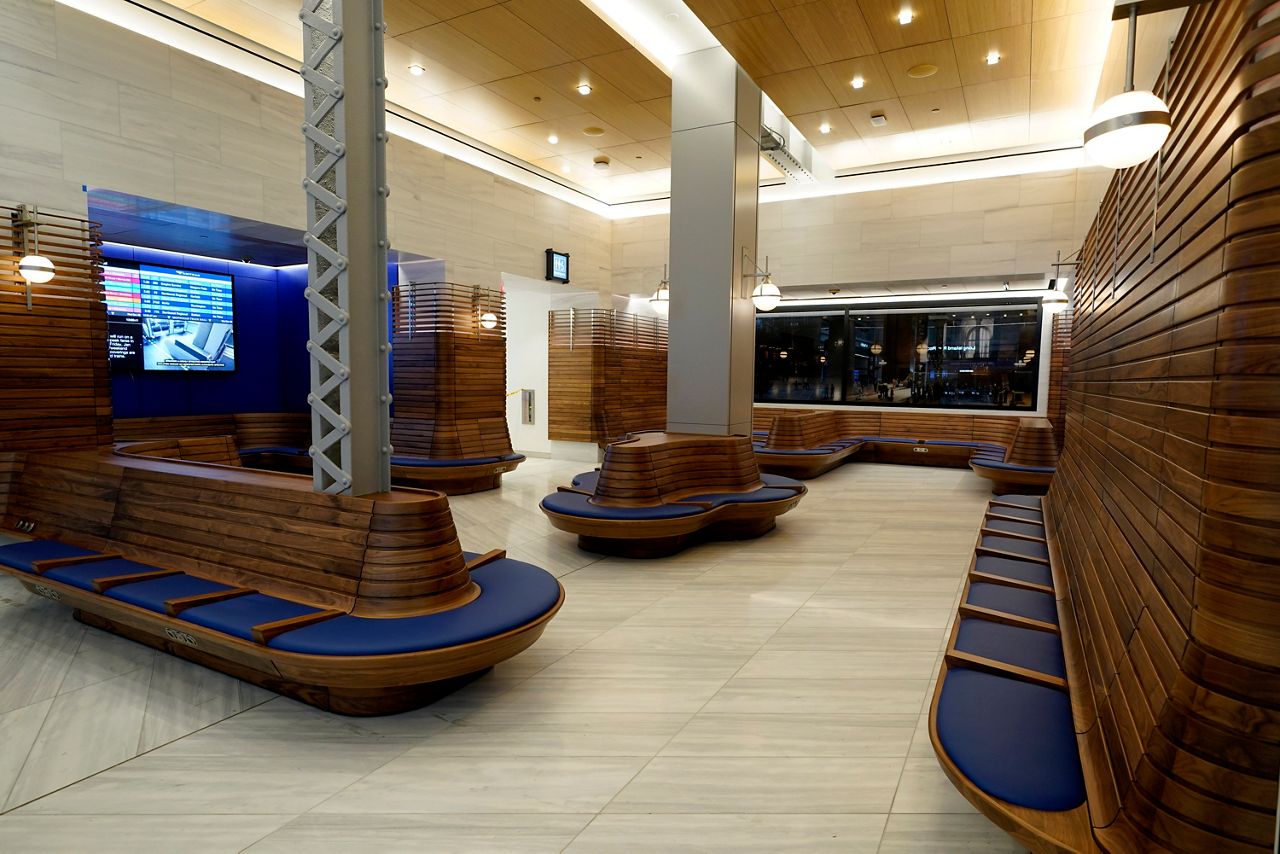 And starting fall 2021, there will be shops and restaurants.

"This is where we want passengers to be," Stephen Gardner, the president of Amtrak, said.

Moynihan's daughter, Maura, said it lived up to her father's vision.

"It has this feeling of space and grandeur that we certainly don't get in the pit, otherwise known as Penn Station," she said. 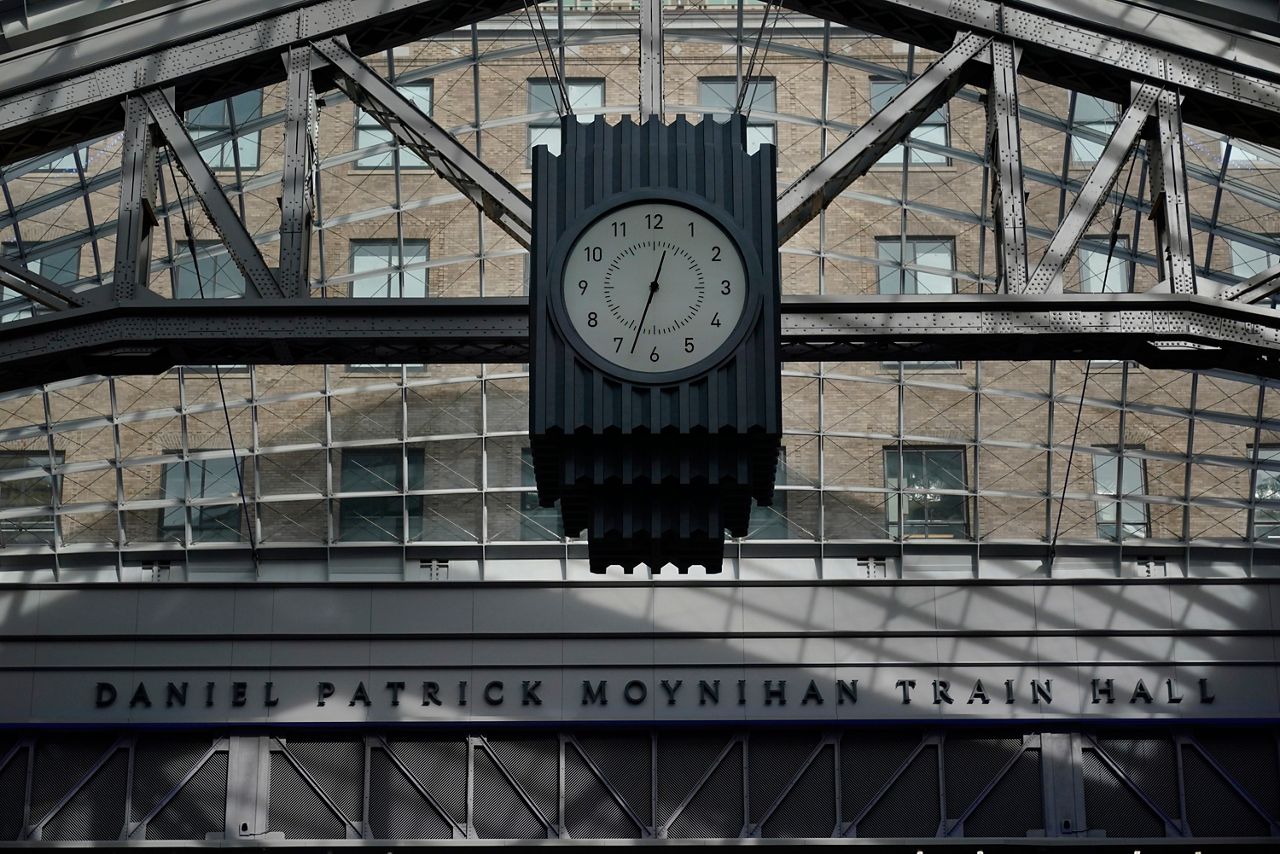 Some commuters said they welcome an alternative to Penn Station, and would be willing to walk the extra avenue.

"I think it's great, we're used to the normal, you know, Penn Station, but I wouldn't mind a little new and upgraded one," Megha Marwaha, a Penn Station commuter, said.

The new transit hub is just the beginning of a plan to redevelop the area.

Cuomo has a broader vision for the Penn station area - which includes the Moynihan Train Hall, an expansion of Penn station one block south to add more train tracks, and renovations to the existing terminal.

He calls it: the Empire Station Complex.