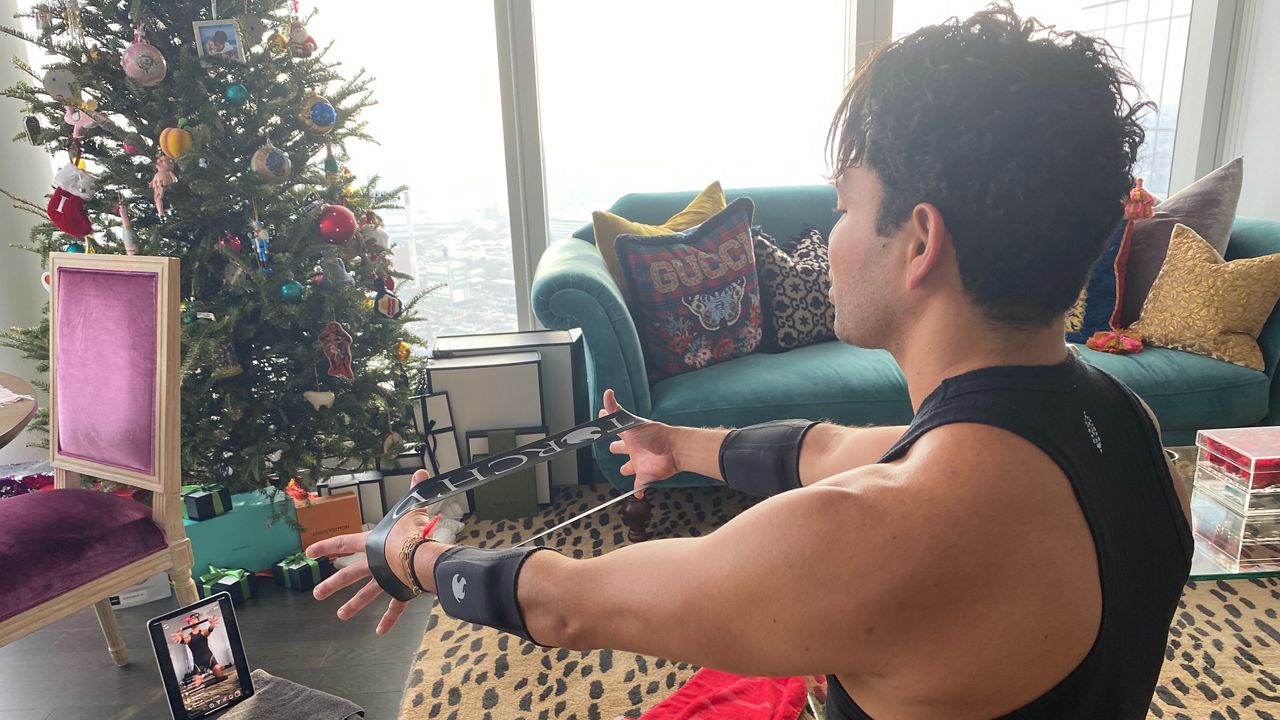 With every stretch and pulse of his exercise bands, Isaac Calpito, also known as Isaac Boots, connects with people around the globe from his Manhattan apartment through a workout he created calls Torch'd.

"Torch'd is part of my DNA,” explained Calpito. “I created it when I was a dancer on Broadway’s West Side Story. I created it for me, there was never an agenda for it to turn into this worldwide thing, which is amazing.”

For Calpito, every move has a greater meaning than fitness.

"I think the idea of a child not knowing where their next meal is coming from is very strange. It is unnerving to me," Calpito said. "We created a direct link to encourage my followers to, in lieu of paying me for class, donate what you can."

Every day since April he's held Torch'd classes on Instagram Live. He teamed up with the non-profit organization No Kid Hungry to provide meals. The people taking the class help pay for them.

The Broadway dancer, choreographer and celebrity trainer is motivated by his own struggles growing up in Hawaii.

"I grew up on food stamps and thank God for that. I thought it was money,” Calpito said. "I'm so passionate about kids needing to eat. I think it is a no brainer, food should not be a luxury. I grew up on humble means and I never forget who that little boy was and I think everything I do needs to attach to that to help in some way."

Thanks to his drive and supportive social media following he has raised more than a $1 million.

"We raised, what, one million fifty thousand dollars for No Kid Hungry. Every dollar counts. So people can only give a dollar, you know, and some people have given more than $100,000," Calpito said. "Everyone is a part of it. One in four children in America lives in hunger. Can you imagine that?"

He said every time something good happens to him he thinks it's his responsibility to help someone else.

"I always remember who I am and the little boy that I was and how a dollar was like a million dollars for me. And I can never let that go," Calpito said.

Feeding children all over the country one Instagram Live at a time, it’s something he calls a win win win.