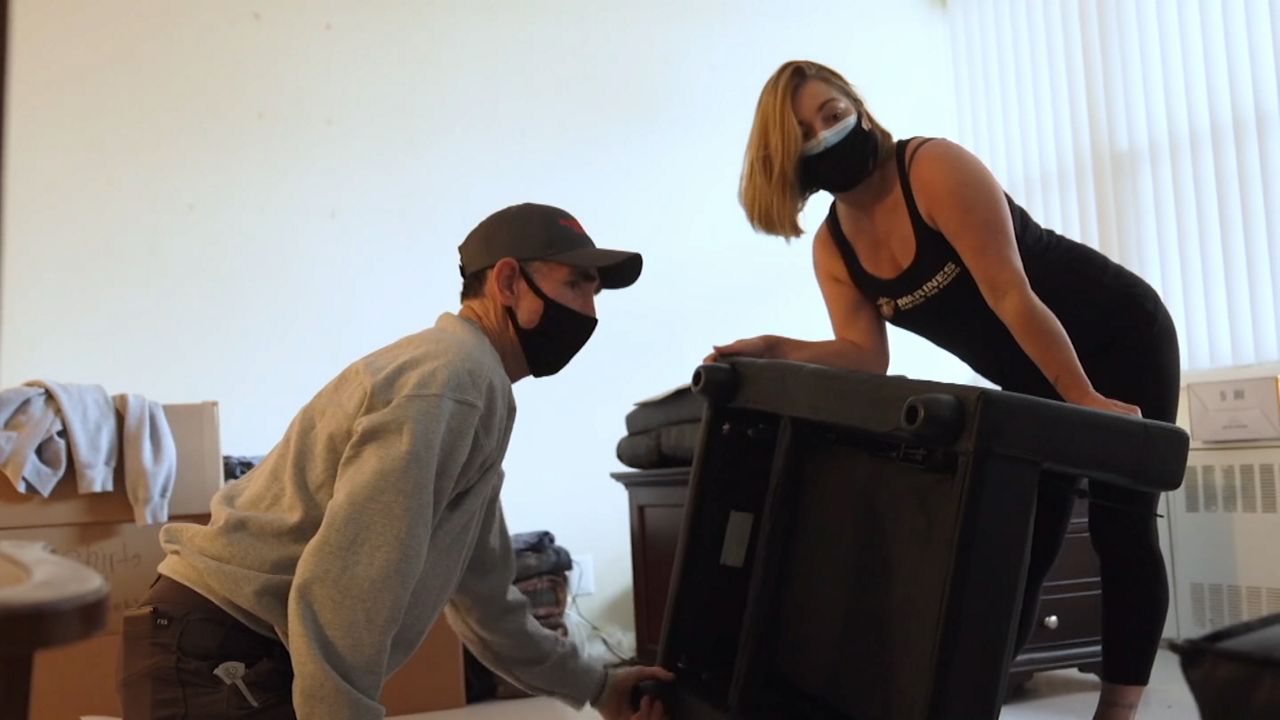 Francisco Rodriguez is trying out his brand new recliner.

“Nice and comfortable too. Appreciate this guys,” said Rodriguez.

It’s just right, and so is the other furniture being set up at his new place. Rodriguez is an army veteran who was recently homeless. He was excited to get the call for this affordable apartment. Still, he was missing most of the essentials, like a bed. That changed when he met Paula Miritello.

“I feel pure joy. I feel happy in my heart knowing that we figured out how to be a resource and veterans rely on us,” said Paula Miritello.

Miritello wanted to do charity work in memory of her brother Vinny, who died of cerebral palsy. She launched My Brother Vinny in his honor and in his name.

The volunteer organization collects and distributes free furniture and home goods to US Veterans coming out of VA hospitals and homeless shelters in the city and the Hudson Valley. Miritello estimates My Brother Vinny has helped nearly 1,200 veterans. Many of the volunteers are also veterans who have been helped by the program, among them is Richard Alexander.

“Being a veteran, this is enabling to get stuff that we need but also paying it forward by donating your time now. It was given to me, now im giving it back,” said Alexander.

Volunteer Wayne Reese says he has helped out on so many furniture deliveries in the last 5 years, that he lost count.

Reese received a furniture donation that set him on the right path. He got a job shortly after.

“A lot of people don’t like to ask for help. They did it with dignity. You felt alright to accept things,” said Reese.

Rodriguez hopes the new furniture is just the beginning of a fresh start for him too.

“I feel very grateful about all of this. I’ m so happy that im being helped this way,” said Rodriguez.