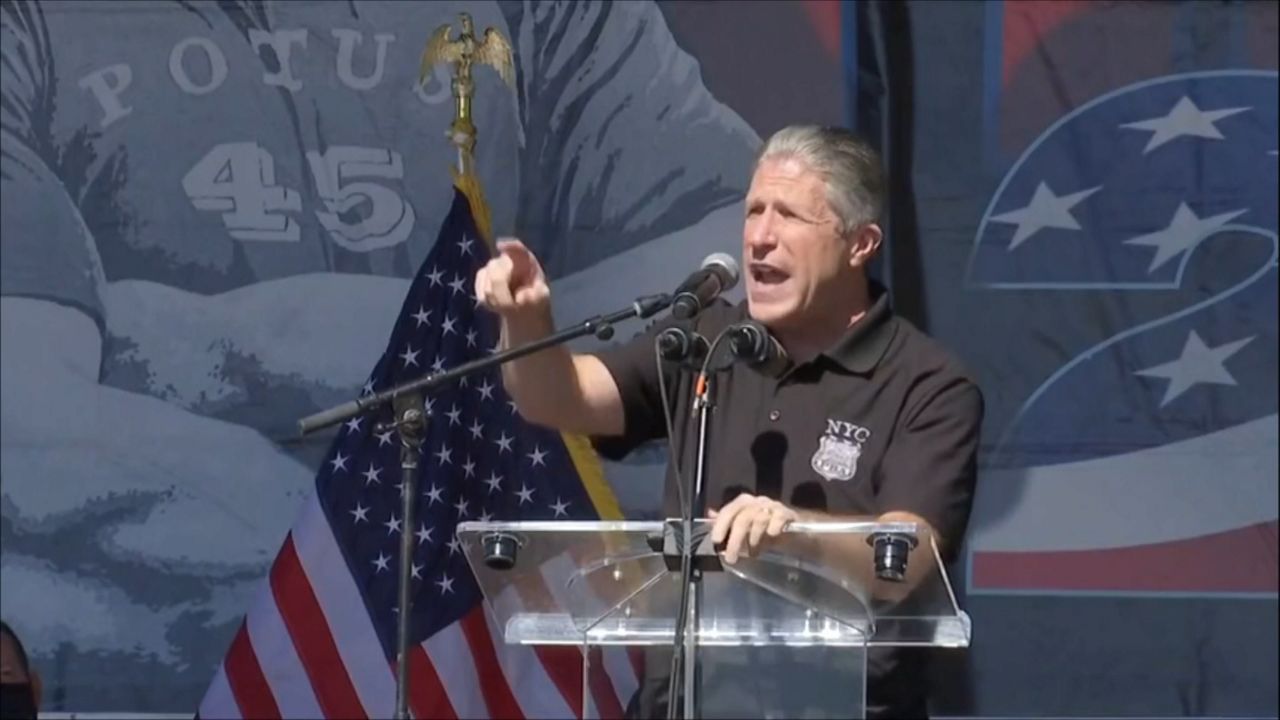 Police Unions Say They Have No Regrets In Endorsing President Trump

"In the New York City PBA, Mr. President you earn the endorsement and you’ve earned this endorsement,” said Patrick Lynch, president of the Police Benevolent Association.

But, Joe Biden won decisively in the city, putting the police unions and the officers they represent on the opposite side of the political fence from the majority of New Yorkers they serve. This, at a time the NYPD has been trying to build better relationships with communities in the city.

Zachary Carter is a former city corporation counsel and a former U.S. Attorney in Brooklyn. He believes the unions’ backing of Trump undermines the trust of many New Yorkers, especially those in communities of color who do not believe Trump treats them fairly.

"It seems like a very short sighted decision on the part of union leadership,” said Carter.

Paul Digiacomo is the head of the detectives' endowment association. His union endorsed Trump. "There was only one person at the time supporting us and that was President Trump. There was no one else out there in the political world praising or doing anything for the police,” said Digiacomo. “They left us no choice."

"Remember, it’s New York City detectives that are out there every day solving these homicides, solving these shootings,” Digiacomo said.

The fiery leader of the Sergeants Union, Ed Mullins makes no apologies for supporting Trump.

"It is our hope that as we enter 2021, the President of the United States will take the lead to bring people together, foster respect for the policing profession and overall end the violence that has ultimately ruined a nation,” he said in a written statement.

PBA President Patrick Lynch says regardless of endorsements, police will do their jobs to keep New Yorkers safe. But, Zachary Carter says the unions’ support of Trump is a hindrance to good policing.

"They went to the one person that they knew that would support police officers, whether they were in the right or the wrong and that’s not the kind of support that police officers need,” Carter said.

He believes good officers and tactics will make the difference in successfully repairing fractured relationships between cops and communities.