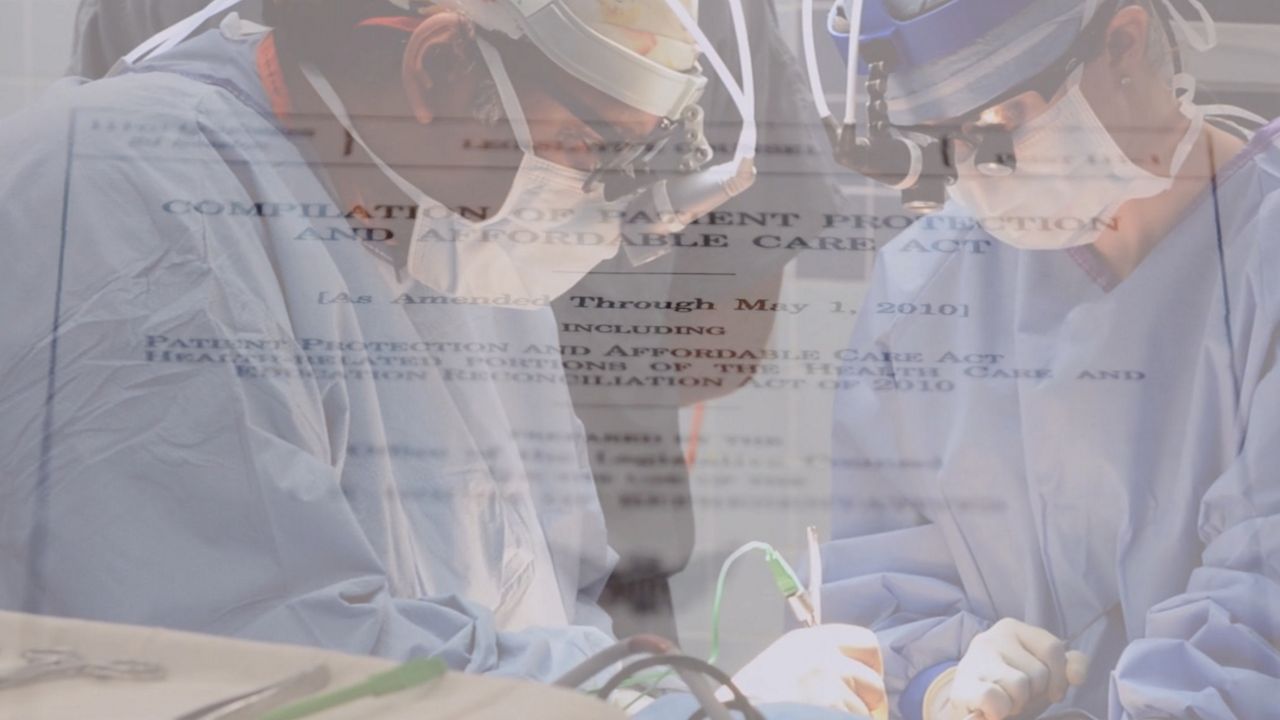 The Affordable Care Act is on the Supreme Court’s Docket. Here’s What’s At Stake for Health Care.

This story is the second installment of our two part series, The Affordable Care Act: Patients and Politics. In Part One, Chief National Political Reporter Josh Robin explains the politics of the ACA and the legal challenges before the Supreme Court.

In Part Two, National Health Reporter Erin Billups explores how the Court’s decision could force a whole new subset of COVID-19 survivors to choose between treatment or bankruptcy.

As the political battle surrounding the Affordable Care Act goes before the Supreme Court of the United States once again, tens of millions of Americans are left wondering how the court's ruling could impact their access to health care coverage. Marjorie Roberts, a coronavirus survivor, is one of them.

“I was living my life like it was golden. I was fine. And then COVID-19 came,” said Roberts. “I don't wish it on anybody.”

Roberts first began experiencing coronavirus symptoms in late March. “It was like somebody was slowly sucking the life out of me. By April 4th I was so sick I had to go to the emergency room.”

When her COVID-19 test came back negative she was sent home, but her symptoms only got worse. “I couldn't breathe. I couldn't eat, sleep. I thought I was gonna die,” said Roberts.

After two months and a total of three trips to the emergency room, Roberts was finally able to confirm through an antibody test that she had in fact been sick with COVID-19.

Roberts is one of 10 million Americans who have tested positive for coronavirus, but unlike most who recover, she is part of a smaller, but growing group of survivors who continue to nurse residual symptoms from the virus.

“I had a lot of scar tissue in my lungs, and these nodules have formed in my lungs,” explains Roberts.

The virus, she said, has left her dependent upon her family members. “I can't go anywhere by myself. I have to go everywhere with my husband or my daughter because I can't do stuff.”

These not-yet-recovered survivors are called COVID “long-haulers.” Preliminary studies estimate about 13% of patients sickened by coronavirus have symptoms lasting about a month, the study from London found about three percent had symptoms persisting for more than 12 weeks.

Now more than ever, Roberts is glad she has insurance. “My health insurance is really good. Oh, it pretty much paid it all. I still have some out-of-pocket expenses, but nowhere near what I would have had if I didn't have health insurance.”

Roberts is self-employed, so she gets her insurance through the Affordable Care Act, which offers her tax credits to shop for a plan she can afford. Right now she pays $95 a month for her insurance.

The Supreme Court is considering whether a portion of that law, known as the individual mandate, is constitutional. Depending on the court’s decision, the entire ACA could be struck down. It is one of many attempts to repeal the legislation, part of a decade-long political battle surrounding the Affordable Care Act. (Read more about this from Spectrum News Chief National Political Reporter Josh Robin in Part 1 of our series.)

If the Court does repeal the full law, 20 million Americans, including Roberts, will lose their coverage in one fell swoop.

For Roberts, the thought evokes one emotion; “Fear,” she said. “Fear because that means my husband is going to have to put me on his health insurance. And that's going to be hundreds and hundreds of dollars.”

Dr. Benjamin Sommers, a professor of healthcare economics at the Harvard T.H. Chan School of Public Health said the timing of this latest repeal attempt could not be worse. “The prospect of having 20 million people in the middle of a pandemic, in a recession, lose their health insurance seems like a terrible idea.” says Sommers.

Although it’s too early to know for sure how many Americans have lost their employer sponsored health insurance, Sommers says previous economic downturns have historically led to a drop in the number of those insured. However, since the onset of the ACA those trends have changed. “We actually found that losing your job since the ACA didn't actually increase your risk of becoming uninsured. It made it more likely that you switch from an employer plan to Medicaid or a marketplace plan.”

Without insurance, Sommers says patients, including those with COVID-19, may delay important testing and treatment. “If you don't have health insurance, the prospect of going to the emergency room and potentially to the intensive care unit is something where there's really no way for you to afford that. Your family will be potentially bankrupted. So you saw just worse outcomes in terms of health.”

Roberts remembers making those hard choices before the ACA. “There [were] times I wanted to go and I couldn't go.”

Not knowing how the scarring in her lungs will impact her health in the future, Roberts and other COVID-19 long-haulers would be considered to have pre-existing conditions, which are currently protected under the ACA for those with and without marketplace insurance.

“People who are or who have a good job and have good benefits, if they get seriously sick and lose that job or have chronic conditions or preexisting conditions, will go back to the pre-ACA days where insurers tell them ‘no thank you, we're not going to let you sign up’ or ‘here's your premium and it's, you know, three times as much as you can afford,’” says Sommers.

Some opponents of the ACA have said preexisting conditions would remain protected under new legislation. So far though, Sommers says, proposals offered wouldn’t fully replace the ACA. “The policies that we've seen, in some cases do include partial protections for people with preexisting conditions, but they're much more limited than the ACA.”

Sommers’ research shows the ACA isn’t perfect; there are still 30 million uninsured Americans. But, he says, even without the individual mandate, the program is still working well for many. “Some people are still struggling with deductibles and copays. But the difference between where we were and where we are now is really dramatic,” said Sommers. “Particularly so for lower income populations, for communities of color, for the people who have chronic health problems that couldn't get insured before.”