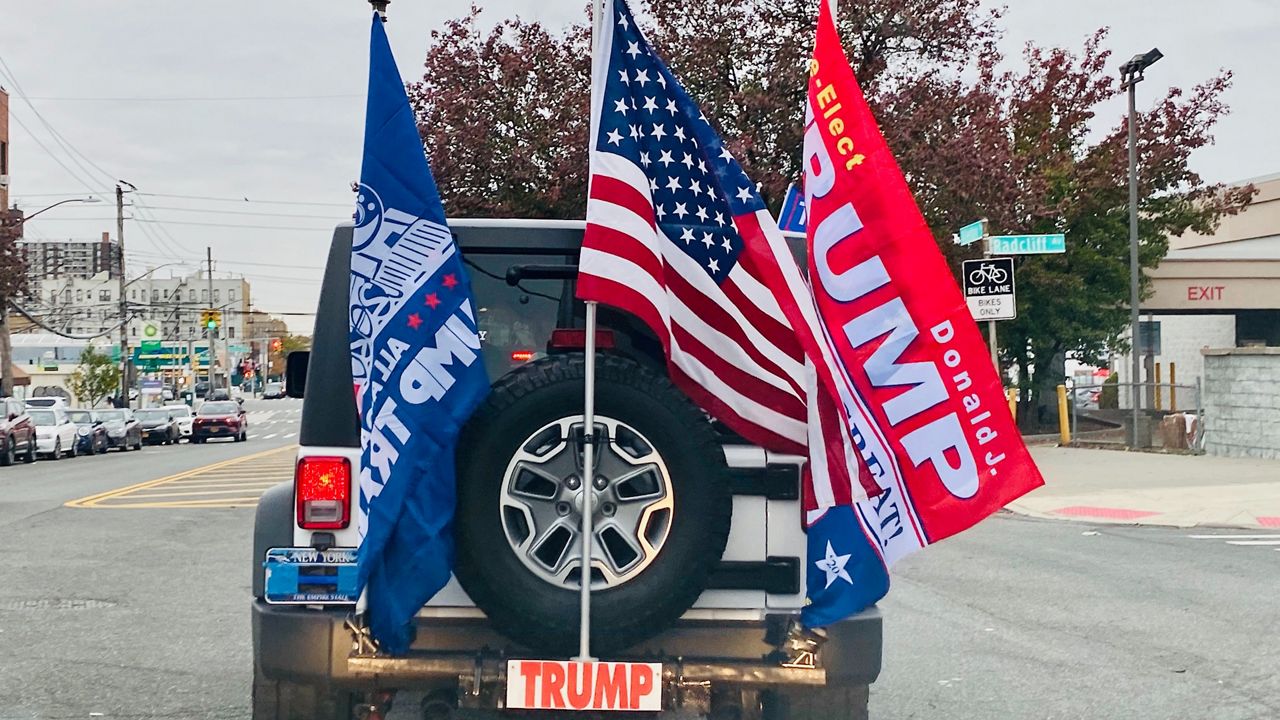 Supporters of President Donald Trump gathered in the Bronx for a caravan parade through the borough in a show of force of what they say is strong support for Trump in what remains a largely blue, liberal city.

"Today is to show support to our wonderful president, Donald J. Trump and to show our community that there is a strong presence of people that support our president, that we're not afraid to show it," said Evelyn Torres Vera, one of the caravan organizers who attended the event.

Supporters gathered at Ferry Point Park, just across the street from the Trump Links Golf Course in the Throggs Neck section of the Bronx.

Those who gathered at the park included local Bronx residents and others who had traveled as far as Texas. A man who would only identify himself as Keith said he had arrived from the Lone Star state to New York three days ago to help organize supporters of the president.

"If people think that Texas is going blue, you're out of your dang mind," Keith said speaking to a crowd of supporters. "Texans are hard workers just like New Yorkers. You all don't want anything for free, you all want to work and get provided with an opportunity."

Cars and pickup trucks arrived at the park flying Trump and "Make America Great Again" flags and several cars were covered in Trump signs. After rallying in the park for nearly two hours, the group organized into a caravan and drove around the borough, honking their horns, sometimes running traffic lights and obstructing traffic.

Similar scenes could be seen on social media, which showed Trump supporter caravans blocking traffic on the Tapan Zee bridge and other highways in the tri-state area.

Despite the turn out here, a recent New York Times and Siena College poll released Sunday showed former Vice President Joe Biden with a clear advantage over Trump in important swing states, including Wisconsin and Pennsylvania.

But that did not dampen spirits in the Bronx, where supporters cited Trump's record on the economy as their reason for supporting him.

"I'm here to support Trump. He's actually going to help save our country," a voter told NY1. "He's done such a great job the first four years, even with all the deflections and the lies, there is more excitement this time than the last time," the voter said.