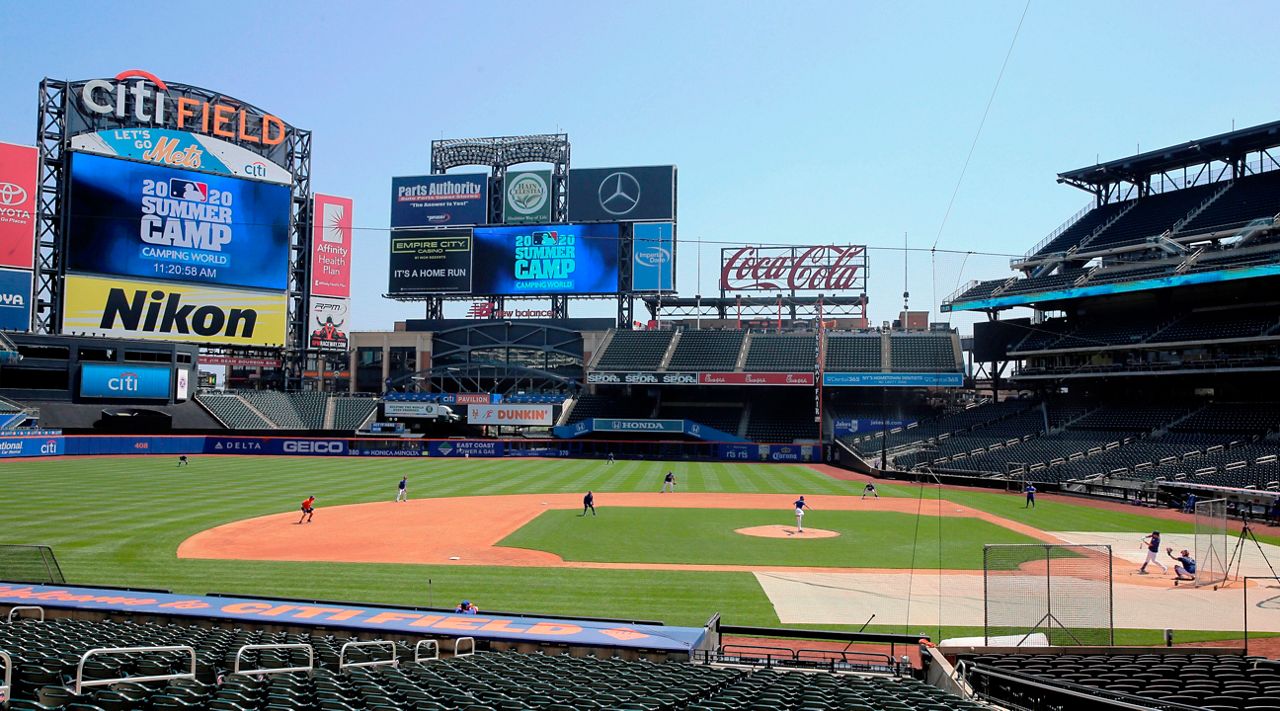 This week, Mayor de Blasio dropped a bombshell when he announced that his legal department was reviewing the sale of the New York Mets, which is supposed to be finalized Friday.

“It’s our land,” the mayor said. “There is a legal requirement that, if there is an ownership change, it needs to be evaluated. Our law department is doing that evaluation based on the law.”

But while the mayor declined to comment on the merits of the sale, Queens State Senator Jessica Ramos of Queens, who used to work for the mayor, said she is pushing for a better deal for the city.

“I have expressed to the mayor where my thinking is and how it is that we want the stadium to become a better part of the fabric of our community, and he has been receptive of my feelings and of my thoughts on the subject,” Ramos said.

Both the mayor and Ramos are on record favoring another bid on the Mets from an ownership group that included former Yankees slugger Alex Rodriguez and pop star Jennifer Lopez — instead the sale the Mets approved is to businessman Steve Cohen.

Ramos said she does have concerns about Cohen, whose company has faced allegations of harassment and insider trading, but it’s more about what the Mets will do for Queens once the sale goes through.

“We need the stadium to be made available to the community for educational purposes,” Ramos explained. “For it to become, really, a cultural hub when there aren’t games. We want the Mets to have a more active role in our local little league. We want a better deal for New Yorkers who are employed at Citi Field.”

Mets fans have been clamoring for years for the Wilpon family to sell the team after they became embroiled in the Bernie Madoff controversy and were said to have lost millions of dollars. The Wilpons' off-season player acquisitions since then have certainly reflected a commitment to frugality.

Some have compared the last-minute negotiations on the Mets to the deal that would have brought a new Amazon headquarters to Queens, but was ultimately defeated by community opposition at the eleventh hour in 2019.

“We are not expecting to reject any deal,” Ramos said. “We are trying to use the only leverage we have here in order to ensure that the community is heard and to ensure that our demands are taken into consideration. We are not trying to delay the process. We want the Mets to be sold.”

Ramos herself is a huge lifelong Mets fan, and wants to see the team sold like everyone else. But even if the owners approve the deal, the mayor still has some leverage, since the city owns the land upon which the stadium, Citi Field, currently sits.