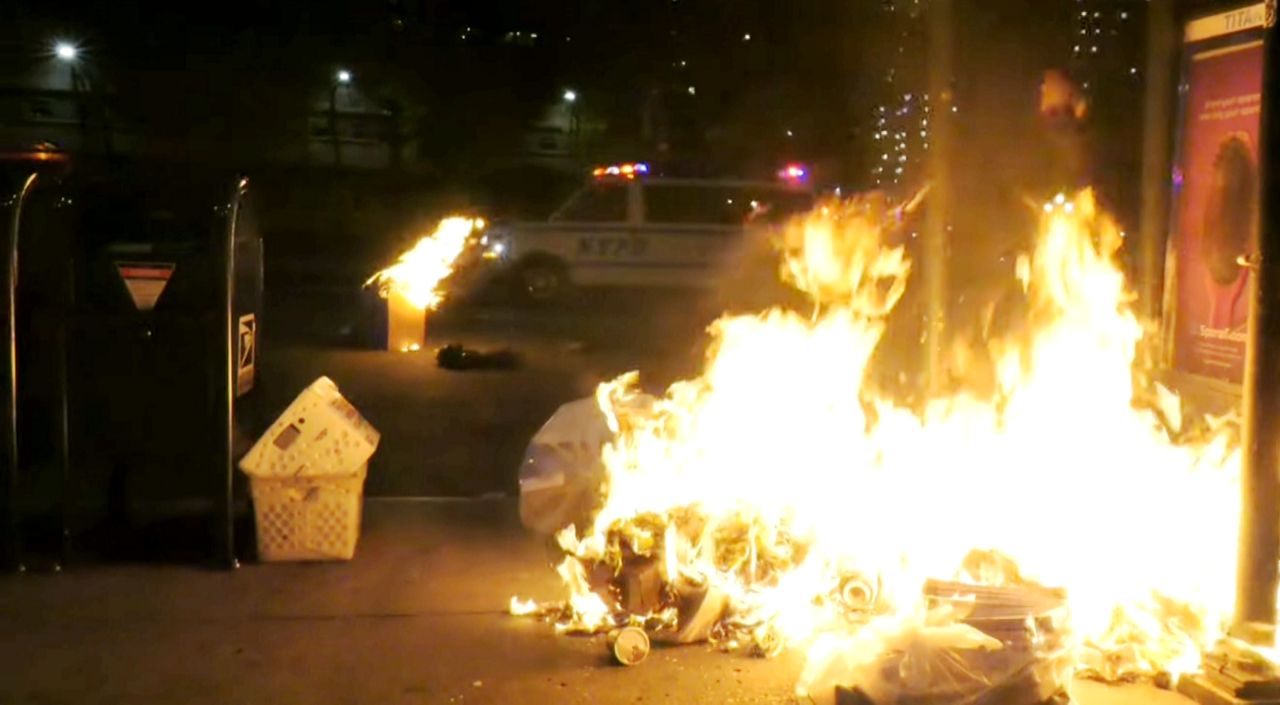 27 Arrested in Brooklyn Over Protests Sparked by Philadelphia Police Shooting

BROOKLYN, N.Y. - The NYPD says 27 people were arrested after violent protests erupted in the city over the police shooting death of a Black man in Philadelphia. Five summonses were also issued.

Video posted to social media shows fireworks going off as a crowd marches down the street.

Police say there was damage to police department vehicles and other property.

Mayor Bill de Blasio, who told reporters Wednesday he is waiting for a full report from the NYPD on what unfolded, called the violence "unacceptable."

At one point, police tried to stop a car that appeared to attempt to drive through a line of officers. The woman driving the car told police she was just trying to get home.

Photos taken by NY1 crews show broken windows at a bank in the area. The NYPD confirmed one officer suffered an arm and leg injury. Another protest in solidarity with the Philadelphia protestors was held in Washington Square Park. No damage or any incidents were reported there.

The incident happened Monday afternoon in the Cobbs Creek neighborhood. Police say 27-year-old Walter Wallace was holding a knife, did not listen to orders to drop it, and advanced toward the officers.

Both officers then fired several times. Wallace was hit in the shoulder and chest. One of the officers then put him in a police vehicle and drove him to a hospital, where he was pronounced dead a short time later.

The incident has sparked violent protests in Philadelphia. At least 30 officers have been injured by projectiles being thrown at them. One officer suffered a broken leg after being hit by a pickup truck. Dozens have been arrested. Police cars and dumpsters were set on fire.

Wallace's father, told the Philadelphia Inquirer his son was on medication and struggled with mental health issues. He asked why police did not use a taser.