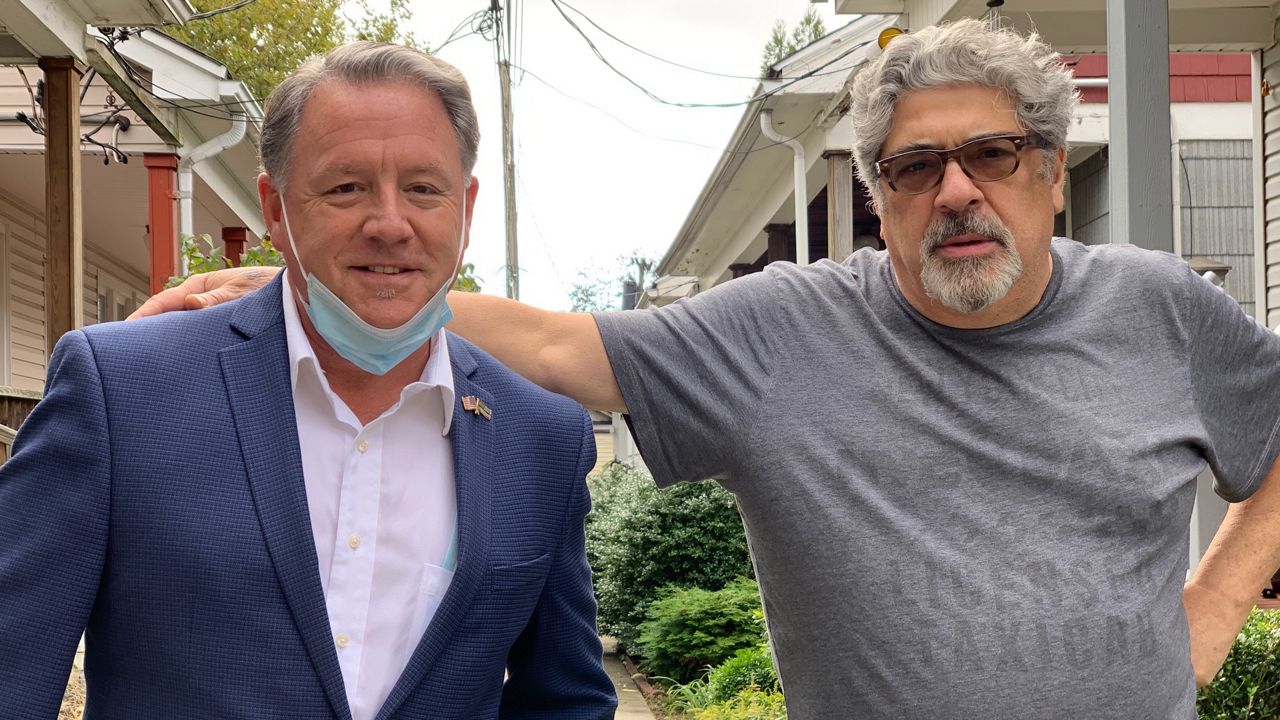 Republican Congressional Candidate John Cummings poses for a picture with Vincent Pastore, who portrayed Salvatore Bonpensiero in "The Sopranos."

Every few blocks, John Cummings gets stopped by his neighbors in the streets of City Island.

From this corner of the 14th Congressional District, covering areas of the Bronx and Queens, Cummings has launched a bid to unseat Congresswoman Alexandria Ocasio-Cortez.

A Republican for the last decade-and-a-half, Cummings said the district needs a proactive leader.

“I see opportunity, and I think that’s really, really important to have someone in office who sees that way, who is kind of a forward thinker,” he said.

This Congressional race has become one of the most expensive nationwide.

Cummings has raked in more than $9.5 million, mostly from donors outside of New York.

Even though it’s an impressive amount for a first-time candidate, he knows this race is an uphill battle for him.

“Oh, yeah. We knew that going in, but I think we’ve really closed the gap tremendously, and I think that the Congresswoman knows that, because all of the sudden they are running ads against us,” Cummings said.

After having worked as an educator for two decades, it’s not hard for Cummings to find parents of his former students waiting in line to vote.

“If your child is in a failing school system, and they can’t get out, they are condemned to a life of poverty, and I think school choice, charter schools and vouchers are extremely, extremely important,” he said.

Also in the race, journalist Michelle Caruso-Cabrera, who lost the Democratic Primary in June and is now running on the Serve America Movement Party line.

In a vastly Democratic district, Cummings is hoping to attract the vote of those unhappy with Congresswoman Ocasio-Cortez’s policies and ideas.

“I think that freedom and liberty versus socialism is the big issue in this election, and that’s really why I ran,” Cummings said.