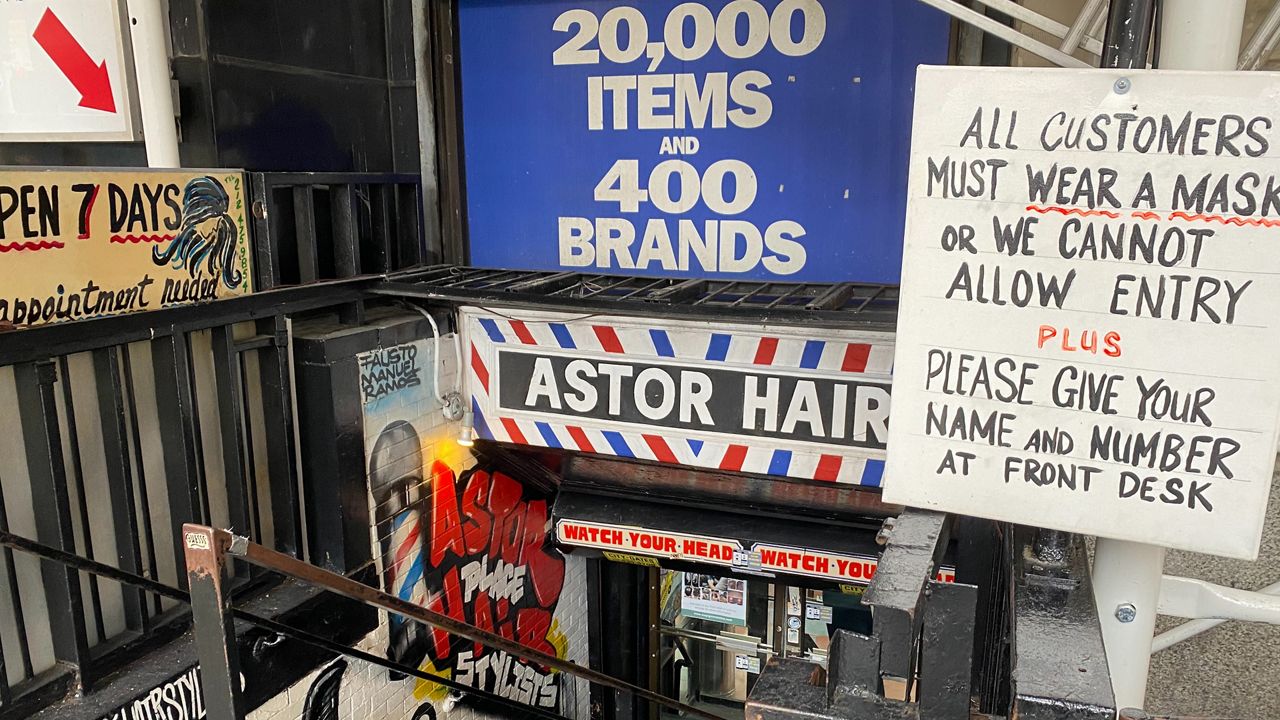 Before the pandemic, the phone at Astor Place Hair rang all the time with customers seeking an appointment, said John Vezza, an owner of the iconic barbershop. But business has plunged nearly 90% because of the pandemic.

Instead of seven hundred clients some days, barley a hundred descend the stairs to the iconic basement space.

Without the foot traffic from office workers, restaurant goers and tourists, he has fallen behind on rent and other bills.

He told his 30 employees last week he will close up for good before thanksgiving.

"I don’t know what it would take. It would take a miracle actually. A real miracle,” Vezza said.

Vezza and his brother Paul are the third generation in their family to own the barbershop, whose clients have included actors, politicIans and famous athletes.

Mayor de Blasio, a customer since his NYU days, called Vezza Monday afternoon after hearing the shop might close.

"I told him, ‘If this pandemic knocked us down 50% and I could stick it out to six months to a year and climb back 75%, 80%, you know, that is something, but from ten [months] you are basically in a hole looking up at a dark sun and it just seems insurmountable now.’”

Many of the cutters at Astor Place Hair have been here for decades.

Regina Pozner has worked at her station for 36 years.

She said she has been getting texts and phone calls all day from heartbroken clients, past and present.

"It’s a landmark, it’s a history landmark. Same thing like Statue of Liberty, same thing like Museum of Natural History. We cannot give up this place. It is not fair to New York City,” Pozner said.

Eileen Togashi has been getting her hair cut and styled here since the 1980s.

"It is not just another loss of New York City and the East Village. It is an iconic loss. It is like taking down the Statue of Liberty. This is New York,” Togashi said.

"The out pouring of support has been overwhelming," Vezza added. "The mayor, the landlord, my customers."

Appearing on NY1’s Inside City Hall  Monday night, the mayor said he stands ready to help the shop.

"I spoke with John Vezza earlier today. I said I want to do anything I can to help them. I was in there Saturday for my haircut,” de Blasio told Errol Louis on the “Mondays with the Mayor" segment. "We've got to save them. They're a New York institution."

Vezza said he's meeting his landlord Wednesday to see if they can work something out.

The landlord could not be immediately reached for comment.

In the meantime, A gofundme has been set up to help the workers if the shop closes.