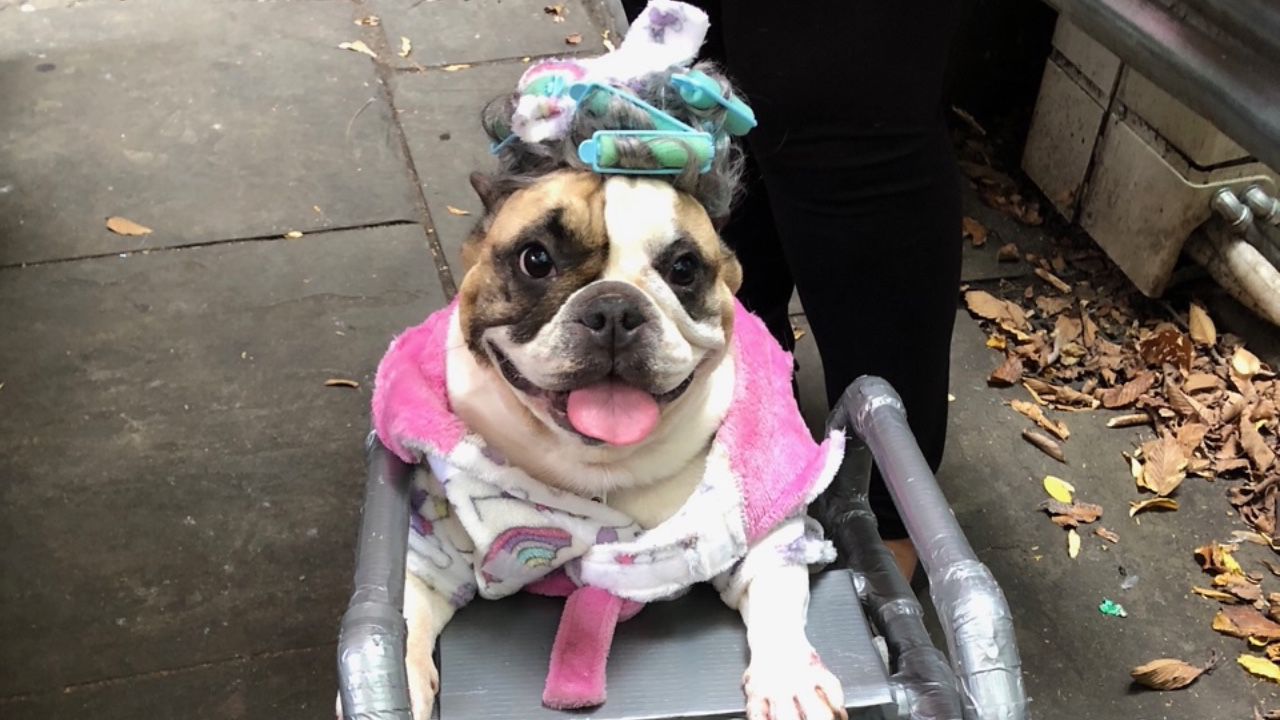 The Tompkins Square Halloween Dog Parade has been the largest event of its kind in the country and probably the world for the past three decades, but because of the pandemic there was a new format and new organizer this year, who hoped she could pull it off.

Jennifer-Jo Moyer loves dogs and has been participating in the Tompkins Square Halloween Dog Parade for more than a decade, but she never thought she’d be the one running it.

"If you let go of NY tradition it’s so hard to reclaim it, and the Tompkins square Halloween Dog Parade has been such an important part of East Village community and the dog community—and not just NY; We are known throughout the world,” said Moyer, while making some frantic last-minute calls.

The parade started 30 years ago as a fundraiser for the Tompkins Square Dog Run and has grown into a pet lovers event.

But with most of the organizers out of town, it fell to Moyer and her dog to spend the last few weeks organizing a virtual and in-person event. Moyer wasn't sure if anyone would come, but they did! One couple came with their dog all dress up as characters from the Never Ending Story.

Like many who came, they were encouraged by the reactions they got.

"When I walked out of my house with my costume and my dog all dressed up the first thing somebody said to me today was that that is so New York, that is what New York is all about and I was so happy to be in New York. It's a great experience," said Natalie Weiss.

Parade regulars came to the back garden of Lucky Bar on Avenue B. Those who submitted photos and videos for the virtual part of the parade used the opportunity to create incredible vignettes.

Stacy McCoski dedicated her costume to her late dog Sadie, and her new pups who she met while quarantining: Breezy and Starlet.

Moyer was happy with the enthusiasm everyone showed. "I look forward to this day, it's my Christmas, my New Year's Eve, my everything rolled into one so to have so many people willing to put themselves out for it for a completely unknown situation really was heartening," said Moyer. Diane Ferrer's dog Harley dressed up as a grandmother, and stole the show by putting his front paws up on a walker and going for a stroll.