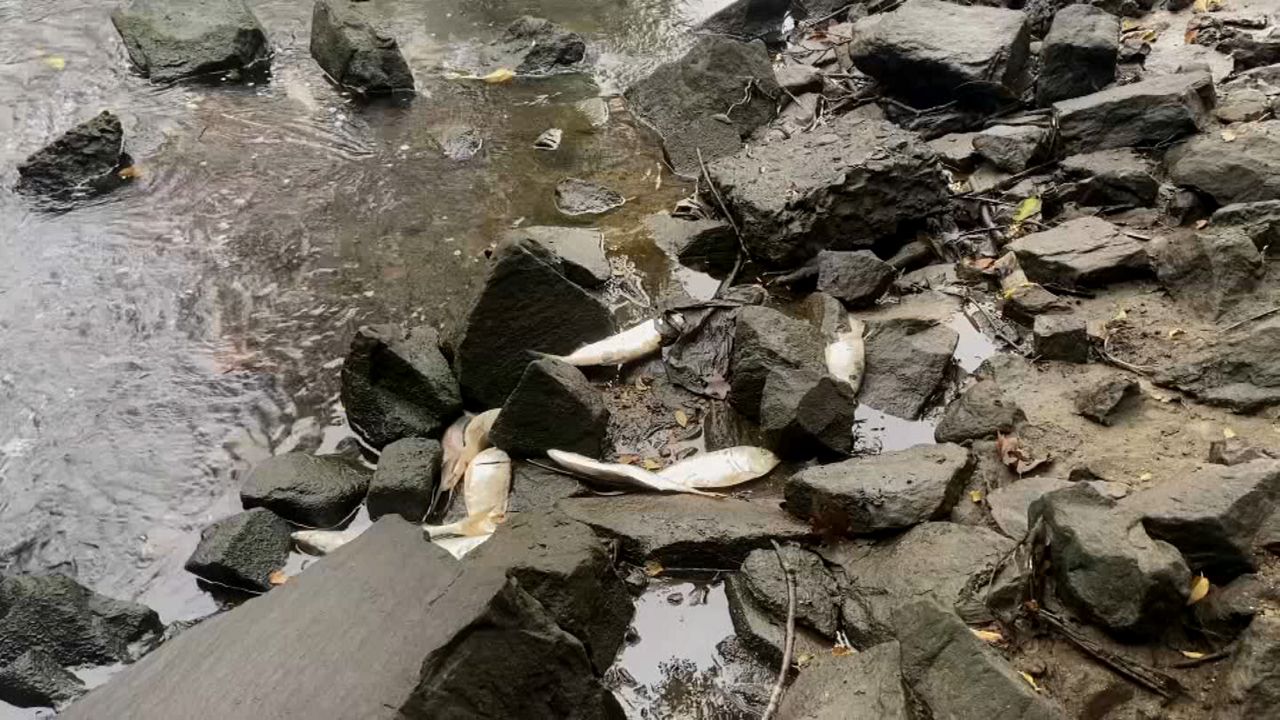 Why Are Schools of Fish Dying in the Bronx?

Everywhere you look, dead fish: On the rocks, tangled in trash bags—lifeless and limp. It’s just the latest school of fish to meet their demise in the Bronx.

"So you would have a plume of polluted water, which would have a lot of sewage and would have very little oxygen. That would create a fish die-off like this,” explained Tracy Brown of Save the Sound, an environmental advocacy group that researches the water quality of the Long Island Sound.

"So you would have like a plume of polluted water, which would have a lot of sewage and would have very little oxygen. That would create a fish die-off lie this,” said environmental activist Tracy Brown.

She told NY1 that the sewage pipes in the Westchester County city of Mount Vernon are in such a state of disrepair, sewage spills into the Hutchinson river.

Scientists say the sewage starts in Mount Vernon, but it doesn’t stay there. It makes its way down stream to the Eastchester Bay in the Bronx.

The environmentalists say Mount Vernons sewage also spills into the Bronx River, which courses through the Bronx to the East River, and the Long Island Sound.

We spoke with the communications director for Mount Vernon mayor Shawyn Patterson-Howard, who told NY1 that COVID has "seriously impacted city operations and services overall," adding that, despite this shortfall, DPW has completed six of the seven mandatory repairs in the past three months.

According to New York City’s Department of Environmental Protection, the New York Harbor is cleaner today than it has been since the Civil War. But there are smaller rivers and streams like those in the Bronx that do not meet federal water quality standards.

“As a parent and as a human, just worried about the future of our waterways and knowing how important marine life is,” said Brown.

For their sake, she’s hoping the court ruling is the watershed moment she’s been working so hard for.

Editor’s Note: An earlier version of this story misstated the title of Shawyn Patterson-Howard. She is the mayor, not the communications director.