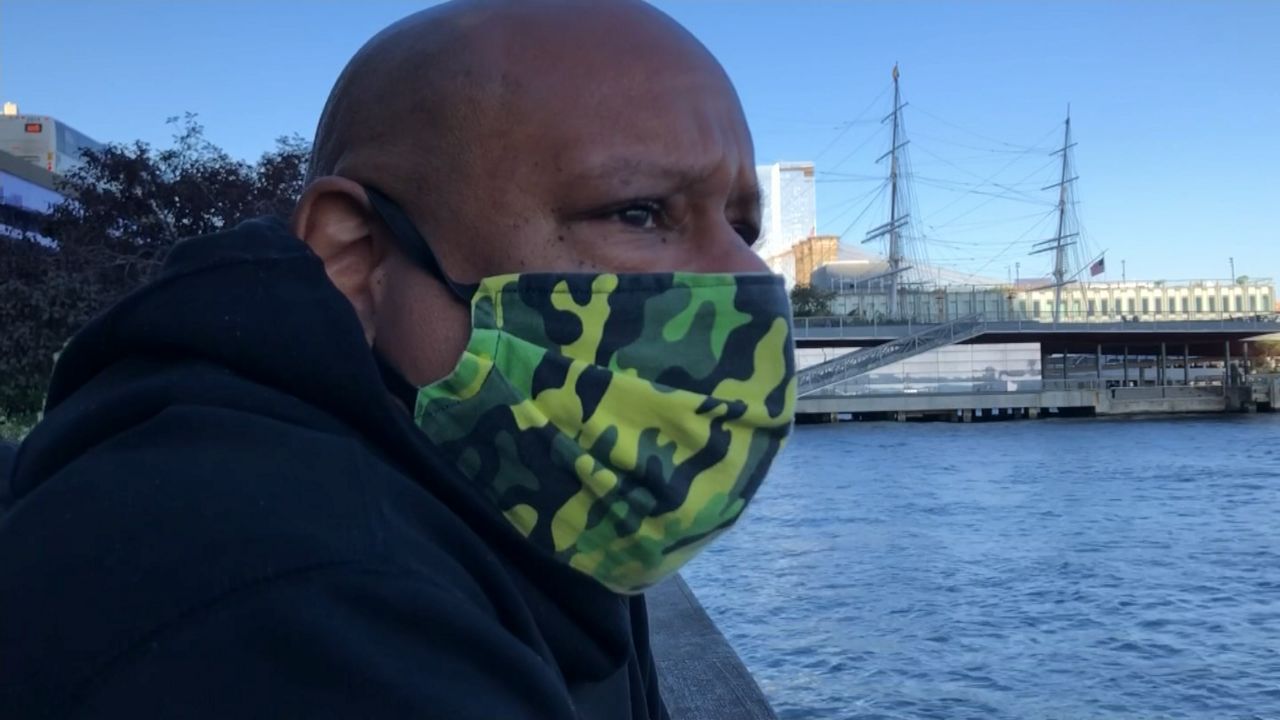 'It's Trauma on Top of Trauma': What It’s Like Being a Homeless Resident Stuck Inside the Lucerne Controversy

When the buses arrived, Shams DaBaron immediately stepped in.

The 51-year-old homeless man has taken it upon himself to try to save the men from the Lucerne.

"Rather than getting mad that the mayor made a decision and going and getting a drink cause I'm so mad and depressed and angry that's the only way I can calm down, I don't do that," DaBaron told NY1. "I'll sit there and say I want to do a press conference. Hey, look I want all the religious leaders to sign a declaration and pledge their support to us."

DaBaron has become an accidental advocate. He has been in and out of homeless shelters for years.

But now, he is fighting the city in court to try to make sure the men from the Lucerne can stay on the Upper West Side.

He's their pseudo spokesperson, and clearly quite popular.

"So I have a supportive network and supportive system in place to help maintain the sobriety," he said. "I just want to say this: the drinking was exacerbated by being in the streets and being homeless and destabilized. The drinking was a byproduct of something else."

He has been sober for a little more than a year.

He grew up in foster care, and once led a life of crime. He said that's behind him now. Now his energy is devoted to avoiding another move to a different shelter. He has been in five locations already in the past year.

DaBaron and about 240 other men were slated to move into a hotel in Lower Manhattan this week, but a judge just blocked the relocation until a court hearing in mid-November.

We visited that Lower Manhattan hotel with DaBaron last week. Already, flyers for the Guardian Angels are posted on the block.

"This sends a message that people that are homeless and who are brought into a community like they are criminals that got to be contained,” DaBaron said, pointing to the flyer. "You need the Guardian Angels now. You need more police. You need more security. It's just homeless people."

Already, residents of Lower Manhattan have tried to block these men from coming to the neighborhood. It's a similar reaction from residents of the Upper West Side, who said men from the Lucerne decreased their quality of life.

"Bottom line: we don't want to go to another neighborhood where we aren't wanted," DaBaron said. "That's not a good thing. That's going to cause more trauma. It's trauma on top of trauma."