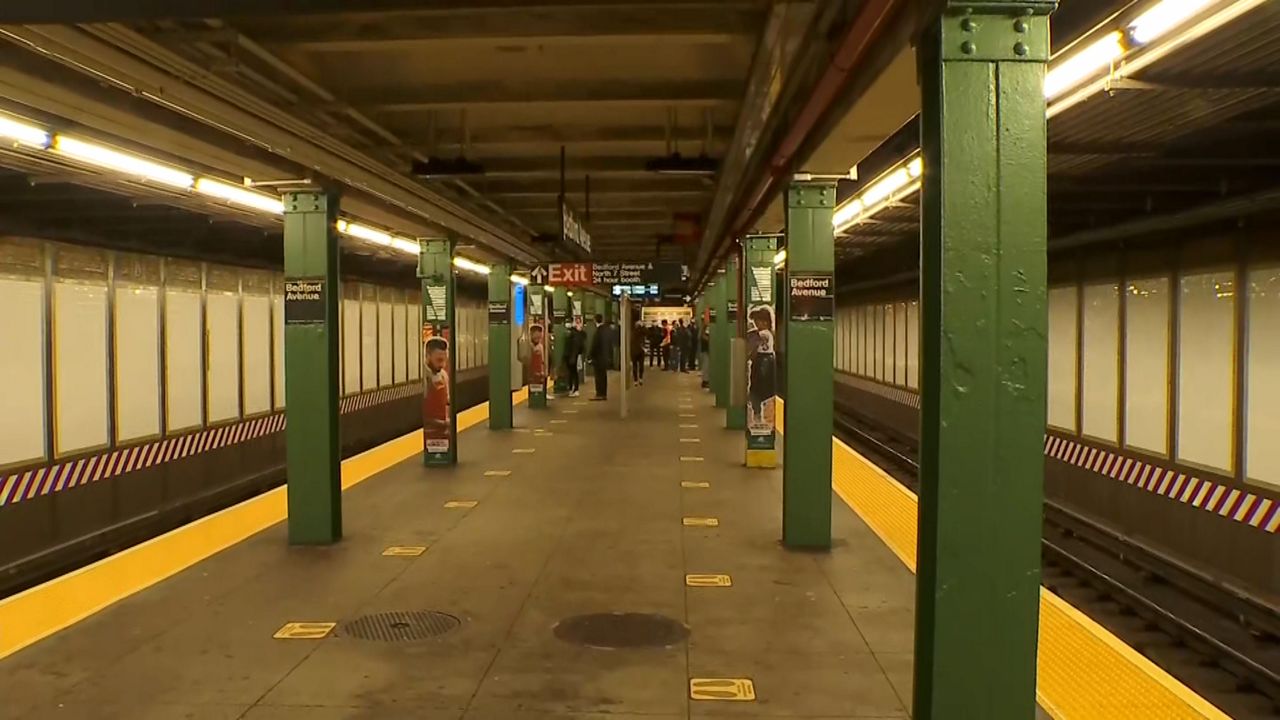 The MTA's L Train renovation project is officially complete, now that an overhaul of the busy Bedford Avenue Station is done.

"It's much nicer walking around without the construction," said Williamsburg resident Kelly Taylor.

She's lived in the neighborhood for five years, putting up with life in a construction zone, while crews worked to restore an essential fixture of Williamsburg.

"The one good thing of the pandemic is having the construction move faster," Taylor said. "I'm happy now that I don't have to worry about if the trains going to be running. The L seems a little bit more reliable now."

The L line project involved repairing the Canarsie Tunnel, which carries trains between Manhattan and Brooklyn, and renovating the First Avenue Station in Manhattan and the Bedford Avenue stop in Brooklyn.

The MTA had planned to shut down the line completely last year to rebuild the tunnel wall, until Gov. Cuomo stepped in, making the MTA keep trains running under a less intensive tunnel repair job.

The tunnel work ended this April, and the MTA continued to upgrade stations.

Bedford Avenue got new elevators, a bigger mezzanine, additional staircases, rebuilt sidewalks, plus new lights and wall tile, turning a dingy and overcrowded station to a bright and spacious one.

"Everything looks clean and neat and the subway comes on time," said Philip Ravenburg, a Williamsburg commuter.

More importantly for some commuters is the new elevator in operation since August.

"I had to drag everything by the stairs and that was very tough, so now with the elevator, very wonderful," Ravenburg said.

The MTA’s Chief Construction Chief Janno Lieber used the project’s completion to warn that more transit improvements would be jeopardized unless Washington provides $12 billion to replace revenue the agency projects to lose because of the pandemic.

Without the bailout, the MTA could only contract out work at 15 stations this year for accessibility and elevator upgrades, instead of the 39 originally planned before the pandemic.

"More stations won't be able to go forward if the federal government doesn't finally step up and treat this, the financial crisis at the MTA, like it would treat a natural disaster in Florida or other parts of the country," Lieber said.