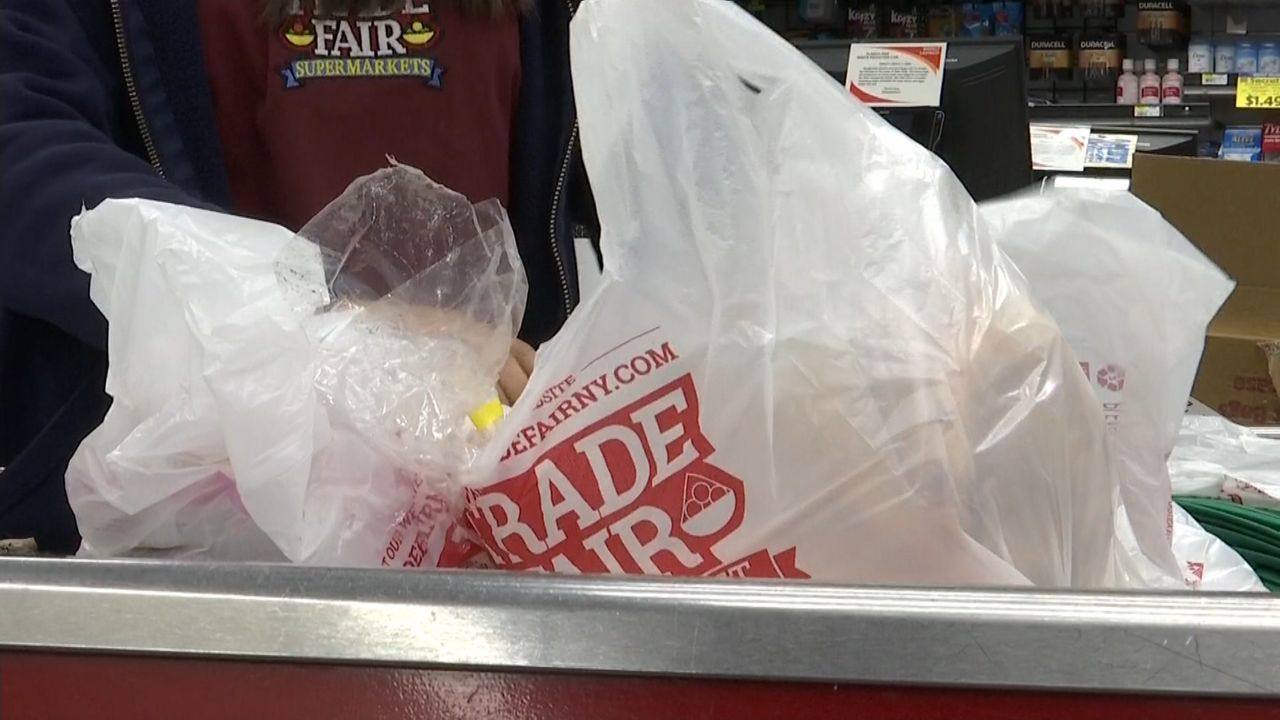 After being put on hold for months due to the pandemic, the statewide plastic bag ban went back in effect Monday.

Under the law, customers must bring their own bag, or pay a five-cent fee for a paper bag. If retailers distribute the single-use plastic bags, they will be fined.

Importantly, the plastic bag ban does not include produce bags for meat, fish, vegetables or fruit.

While some business owners remain uncertain on the impact it may have on business, others consider it a necessary change.

“Supporting the no plastic bag ban is one way for us to support a positive change in our world,” said Badr Alsaidi, who owns a few bodegas in the Bronx.

Alsaidi has been preparing for the ban to take effect and embraces it for its environmental benefits.

“Plastic in general is one huge cause of climate change. This is one way for us to step in with recycling,” Alsaidi added.

Alsaidi also works with the Yemeni Americans Merchant Association, a group working to educate business owners on how to adjust to the ban.

“Yes, this causes a lot of uncertainty, tension between clients and merchants. As you mentioned, clients not wanting to use another bag or not having another bag at home,” Alsaidi explained.

Some business owners we spoke to said it’s a financial burden to have to buy more paper bags, adding their customers just prefer plastic. Others think it’s too soon to enforce the ban because the coronavirus is still a major problem.

One customer we spoke to isn’t looking forward to it at all.

“It’s going to be hard. We’re all used to having those bags. We’re used to carrying them,” the shopper said.

And yet other shoppers said the benefits will outweigh the negatives.

“It’s going to improve the environment,” one said. “You see the plastic bags on the street. I think if they tell people to not use the plastic, it will improve a lot.”

The ban originally took effect at the beginning of March, with enforcement set to begin April 1, but was halted due to a lawsuit and health risks to employees and customers bringing their own bags during the peak of the COVID-19 crisis here in the city.

A group of grocers, bodega owners and manufacturers are still trying to fight the ban in court.

The Department of Environmental Conservation—which oversees the ban—reportedly has until Friday to respond to the complaint.

The next hearing is scheduled for November 4.