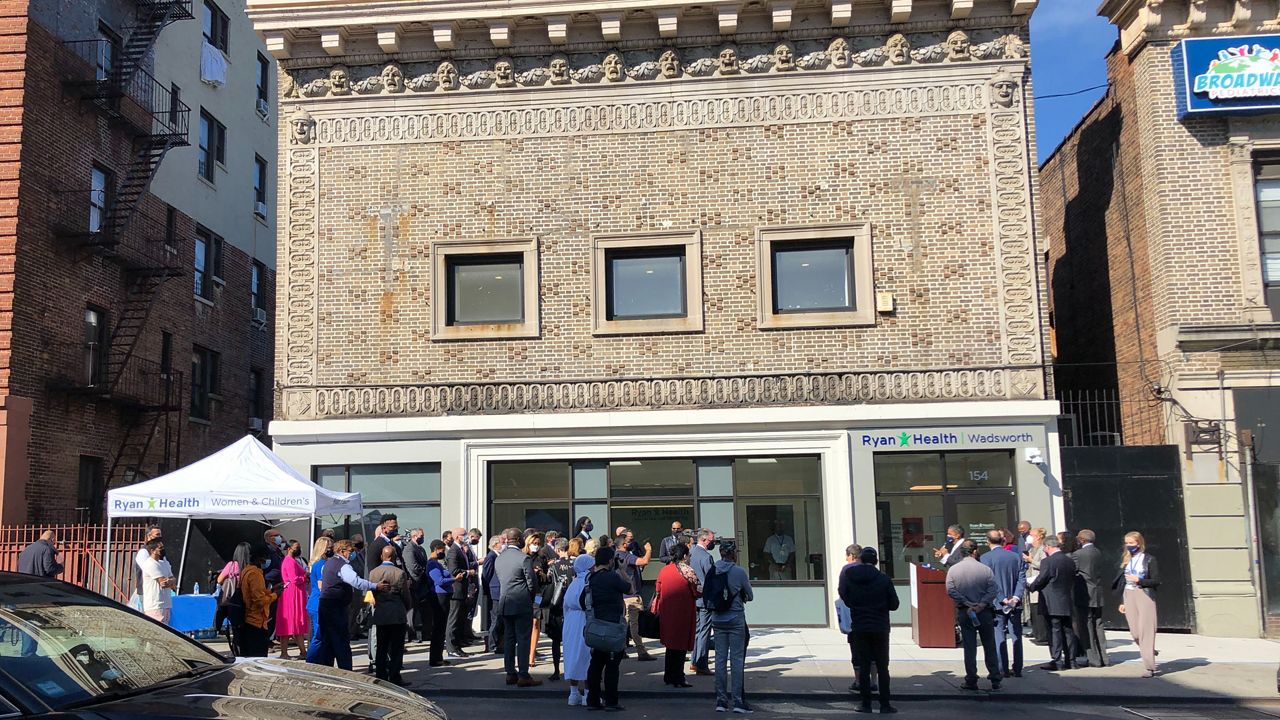 A former movie theater in Washington Heights is now a community health center that hopes to bring quality, affordable health care to two neighborhoods in upper Manhattan, where the need for primary care has been underserved.

As a ribbon cutting ceremony and dedication was taking place outside the new Ryan Health Community Health Center on Wadsworth Avenue, Wagner Oscar of Washington Heights looked on from across the street, as he sold authentic Dominican food on the sidewalk.

The building originally housed the old Heights Theater and screened regular movies until the 1970s, when it began to show adult films.

"It was not good,” said Yorky Matta, who has lived in Washington Heights about 45 years. “Now they put something better!”

Matta said, after the movie house closed, a clothing and shoe store operated there. The storefront was then vacant before the health center was built.

Officials with Ryan Health, which now has a total of seven neighborhood-based primary care centers across Manhattan, say their goal is to provide access to exceptional and affordable non-emergency care to residents of northern Manhattan.

“As we spoke to the community board up here and some of the elected officials, it was clear that this area could use our services, were in desperate need of our services,” said E. Ronald Guy, board chair for Ryan Health.

After checking out at least five sites to build the new health center, officials told NY1 they knew they had found the perfect location based on foot traffic and the vibrancy of the surrounding community.

“It’s right off the hub,” said Brian McIndoe, president and CEO for Ryah Health. “181st Street in Manhattan: the buses come from the Bronx into Manhattan. The buses, as you can see stop right up front.”

He said about 80 percent of the patients that Ryan Health treats are at poverty level or below. He projects this new center will treat at least 3,500 patients each year, so they will no longer be underserved.