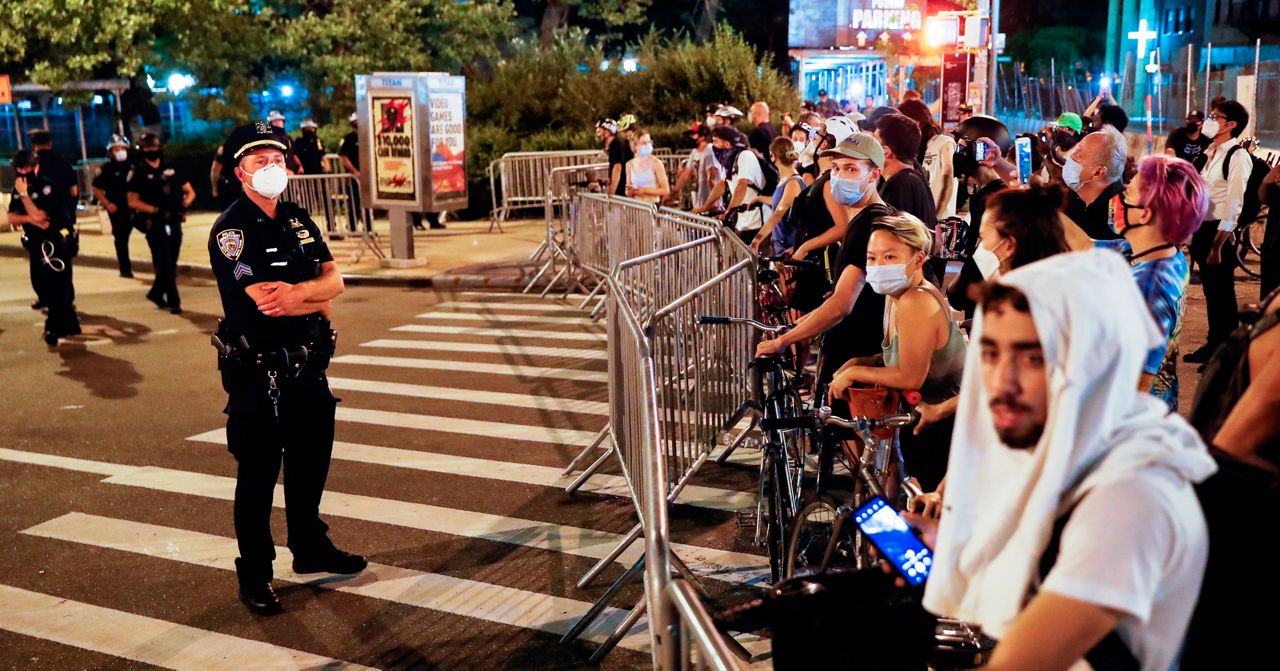 Demonstrators stand at a police barricade as NYPD officers watch near One Police Plaza during a protest march in support of the Black Lives Matter movement and other groups, Thursday, July 30, 2020, in New York. (AP Photo/John Minchillo)

NYPD Memo to Officers: Be Prepared for Election Protests

NEW YORK - The NYPD is getting ready for heated protests in the city as Election Day nears.

A memo being circulated within the department says all uniformed members of service of every rank should be "ready for deployment" starting October 25th, one week before the election.

The internal memo issued by Police Commissioner Dermot Shea reads in part, "We should anticipate and prepare for protests growing in size, frequency and intensity leading up to the election and likely into the year 2021."

According to the memo, members of the department will also undergo crowd control training.

Speaking on "Mornings On 1" Tuesday, Shea said the all hands on deck approach is necessary because of the current climate here in the city and across the country.

"The lesson here is to prepare for the worst and to be ready, and that's what that is really about," Shea said. "You look back at the springtime, we had many, many protests here in New York City. The difference was that it was coming on the heels of the pandemic where really there was no crime to deal with. People were inside for the most part. It's a different scenario now."

The city has been a demonstration hub for more than a century, but the election of President Donald Trump and the Black Lives Matter movement has fueled calls for social change on a city, state and national level.