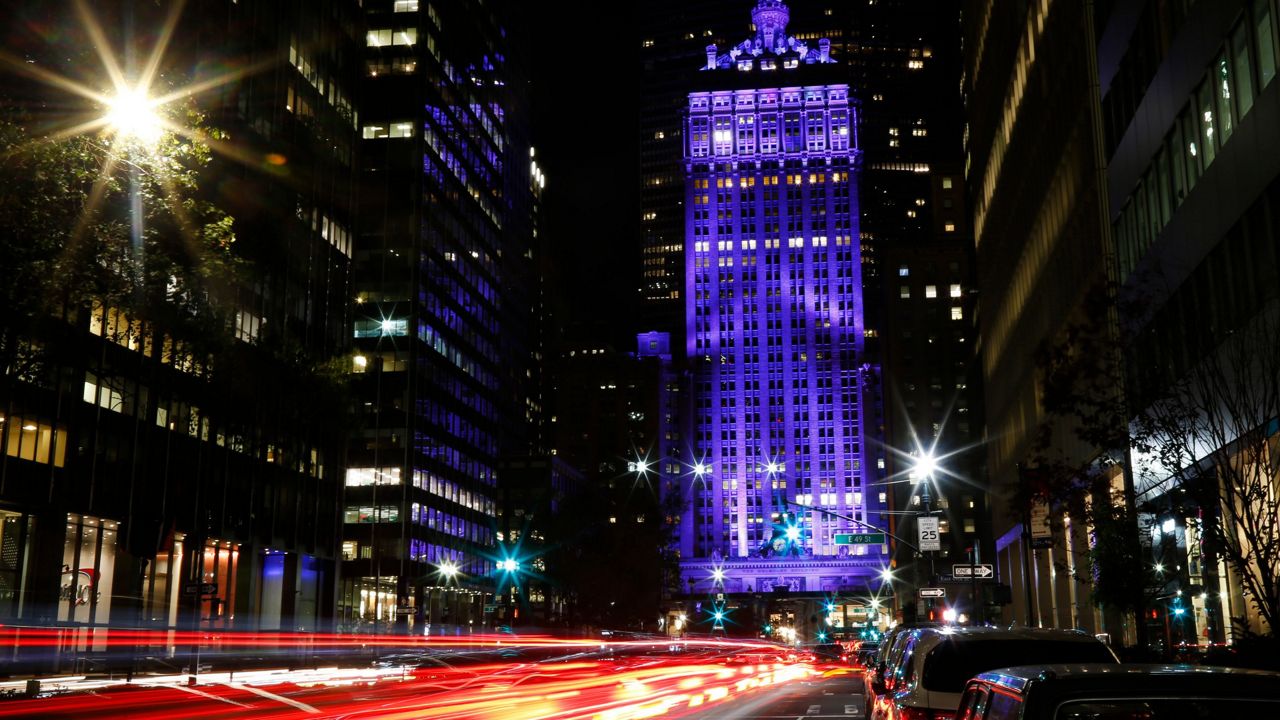 The Helmsley Building is lit up pink and purple for Metastatic Breast Cancer Awareness Day, Saturday, Oct. 13, 2018 in New York. Visit Lifebeyondpink.com to learn how you can inspire and support the 155,000 people in the United States living with MBC. (Jason DeCrow/AP Images for AstraZeneca)

Metastatic breast cancer (MBC) is cancer that has left the breast and traveled to other parts of the body.

"I thought, 'I don't need my boobs, I don't need my hair. Let me have surgery and just get it out,'" says Tami Eagles Bowling, a MBC advocate and warrior herself.

Bowling tells NY1 she was diagnosed with the disease five years ago, after her second-ever mammogram. MBC is incurable and has a life expectancy of two to three years.

And in that spirit, more than 100 landmarks across all 50 states will light up Tuesday, not just in pink, but in teal and blue too. The campaign is called "Light Up MBC." Tuesday's Facebook Live event will feature these displays, musical performance and more. Bowling is one of the co-producers.

Bowling, who has personally raised more than $150,000 to fund grants for research organizations and is championing bills in Washington would improve quality of life for MBC patients, tells us just 230 Park Avenue shined last year.

But this Tuesday, nine other landmarks join the list: