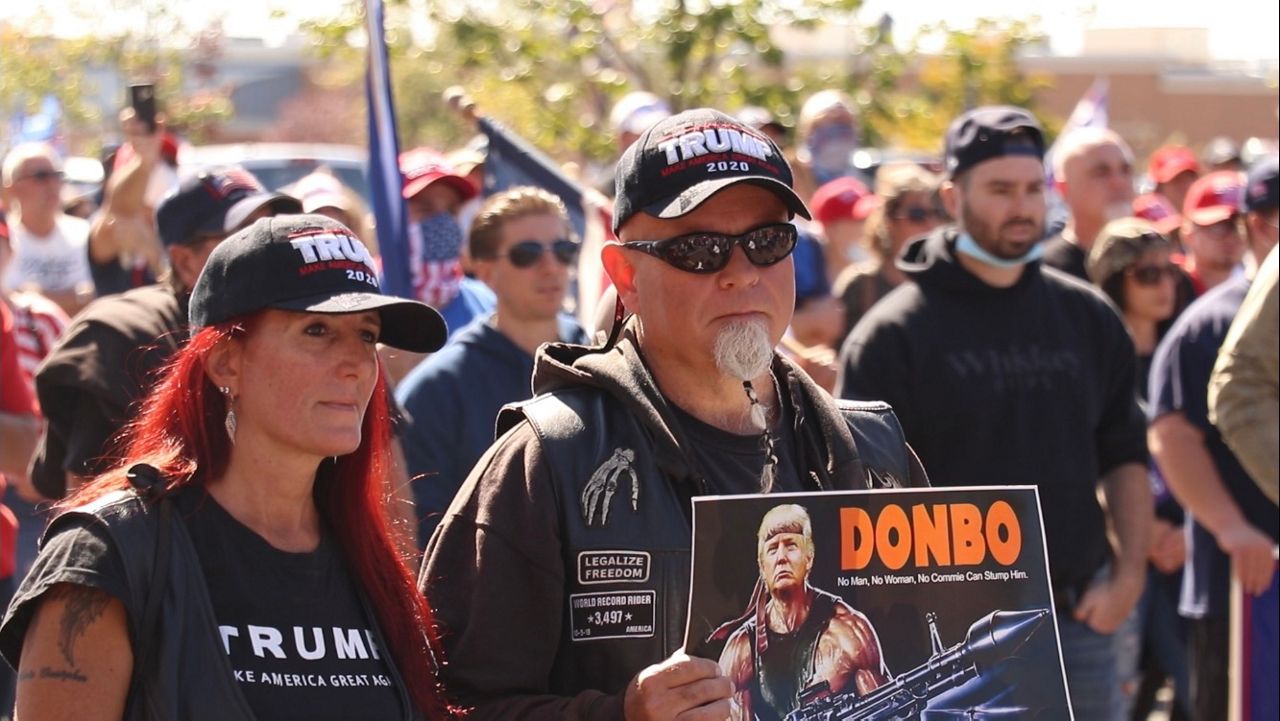 NEW YORK - Masks were not required at a rally for President Trump on Staten Island on Saturday even though the president was diagnosed with COVID-19 just days before. Still hundreds attended the event.

Nestled between a closed movie theater and a pizza restaurant were crowds of Staten Island voters. They were rallying for their sick president.

“Yeah,” the crowd yelled in response. Staten Island is Trump country. The president won the borough by double digits in 2016. His base here is loyal and dedicated - praying the president would recover swiftly.

“All I’m trying to do is hope well for everybody with COVID especially the president and the First Lady and I am proud to be American,” Lillian Lefosse, a Staten Island resident, told us.

For years, the Staten Island Republican Party has held a ‘Get Out The Vote’ rally in the borough before Election Day. Never before has it drawn this kind of crowd — equipped with flags, posters and life size cutouts of the president. A crowd eager to cheer on Trump - even in the midst of a pandemic, and boo Mayor de Blasio.

Many here were not even wearing masks.

We asked him if he wears a mask. “I only wear a mask when I’m forced to,” he replied.

Medical professionals and the U.S. Centers for Disease Control and Prevention recommend wearing a mask when in public to prevent the spread of the deadly virus. Here on Staten Island, this election is cast in stark terms - billed as law and order, versus anarchy and socialism. The head of the police officers’ union was the headliner.

Some of his members too have been criticized for not wearing masks.

“We understand the seriousness of it, but the nature of our job makes it difficult to always think first of the mask,” said Patrick Lynch, the president of the Police Benevolent Association.

It’s hard to believe that Election Day is just about a month away and voters on Staten Island clearly believe it will be the fight of the century.