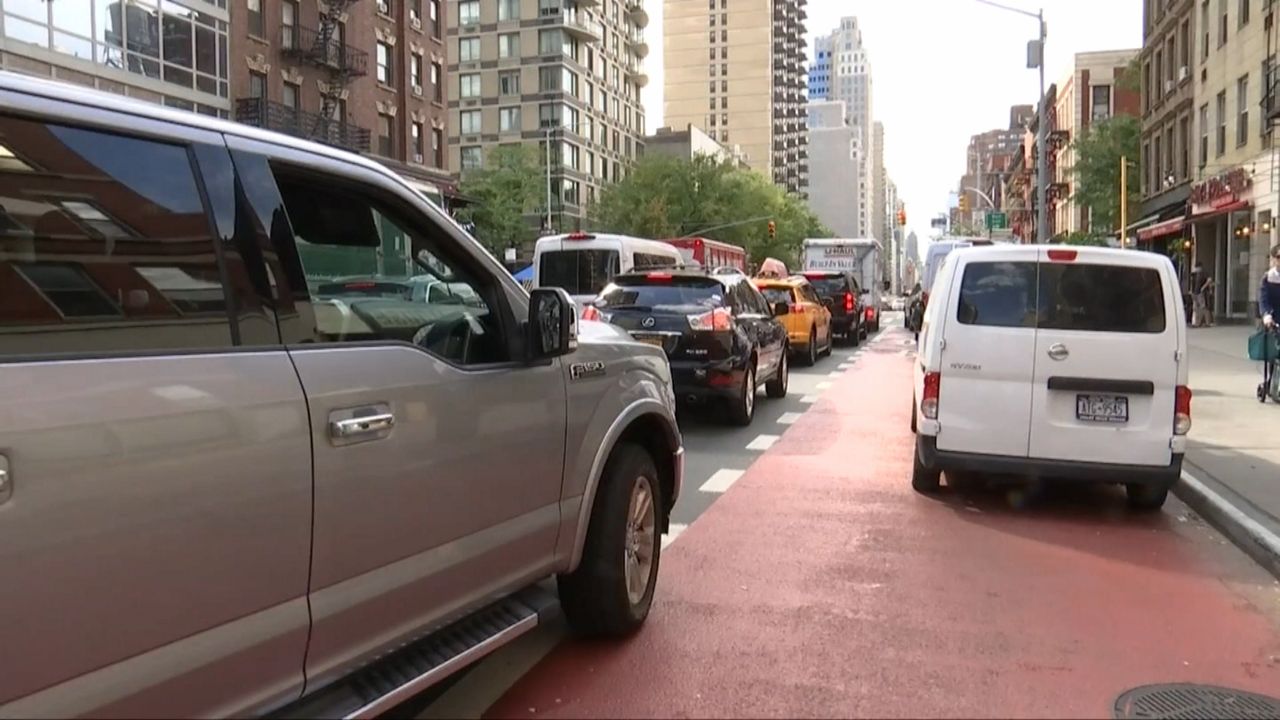 Traffic jams are a familiar sight again in the city.

“This traffic is just ridiculous," said one driver waiting to turn onto traffic-choked Morris Avenue in the Bronx. "We live in this neighborhood, it doesn't make sense for it to be this way.”

On the Upper East Side, construction manager Stephen Letavish said he spends more and more time commuting to and from his job in Manhattan.

"Coronavirus, I was able to get from Brooklyn to the city in 20, 25 minutes," he said. "Now, it's back to about an hour, hour 15 minutes and it's just a bit frustrating."

Schools are not fully reopened, many offices are closed, theaters are still dark. Six months after the pandemic erupted, life in New York is nowhere near normal—except for the traffic.

Truck traffic is at 100 percent, and some days more.

"There are long backups on the FDR Drive, the Long Island expressway. The BQE looks as bad as ever," Schwartz said.

The increase appears even more striking considering that only 15 percent of workers have returned to their Manhattan offices, according to Partnership for New York City.

The biggest problem, experts say, is that many New Yorkers are not yet comfortable riding buses, the subways and commuter railroads again.

Schwartz also blames many New Yorkers giving up car-pooling and more people taking cars instead of Amtrak or a flight on short trips to and from the city.

"That's why Thursday night, Friday night, the volumes are identical to what we've seen, even pre-COVID," he said.

And last week, an average of 243,000 vehicles drove into Manhattan each work day on the Brooklyn, Manhattan,  Williamsburg and Queensborough bridges—a decline of only six percent, compared to the week before coronavirus restrictions began in March.

"The same thing happened in other parts of the world," MTA Chairman Pat Foye said. "Riders had a multitude of alternatives to commute into the central business districts, starting with Wuhan and other parts of both Asia and Europe. So it's not surprising."

"Obviously," he said. "There are limits to how many cars that MTA bridges and tunnels can accommodate."

He projected that the MTA would get back at least half of its lost transit riders sometime next year.