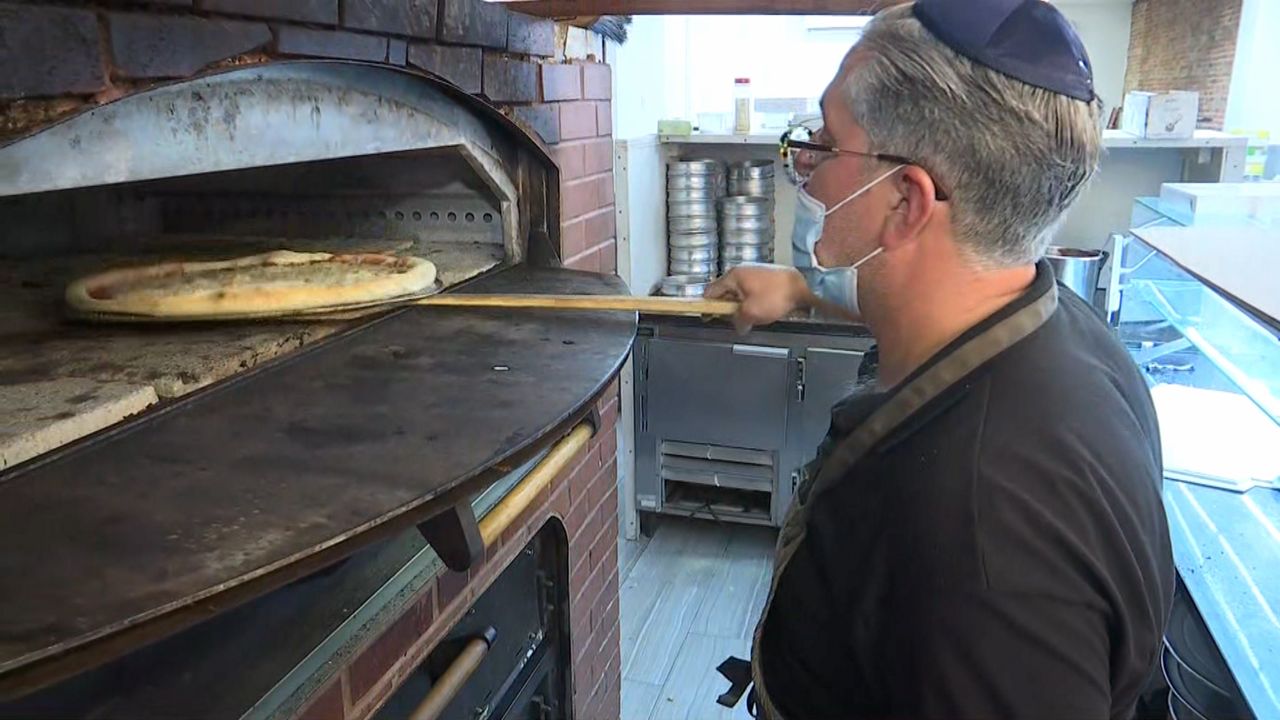 Avi Harel plans to put up signs about masks, social distancing, and safety measures at J2 Pizza. He said a city representative stopped by Wednesday to let him know it is mandatory.

“There’s no smoke without fire, so if you have smoke, you have fire. So probably, probably they probably know what they’re talking about,” he said.

J2 pizza is in Borough Park, which has seen a spike in COVID-19 cases.

The city said the neighborhood has a roughly 6.5 percent positivity rate, while Southern Brooklyn as a whole has a rate one-and-a-half times the citywide average.

Harel, who is the manager of the pizzeria, said he understands why the city has to monitor the neighborhood, but thinks officials could be more understanding.

Shoppers were out and about on 13th Avenue Wednesday buying holiday goods just days before the start of Sukkot.

Many residents feel the Orthodox community is being targeted, while others say more compliance is needed.

“People understand that the rates are going up. People know it’s not a joke, they support the plan, they just comply,” said Chaim Zorger, who is the owner of Sesame.

As for Harel, he plans to add those signs that the city approached him about on Thursday.

He said he will do whatever it takes to keep business afloat and keep the community safe.