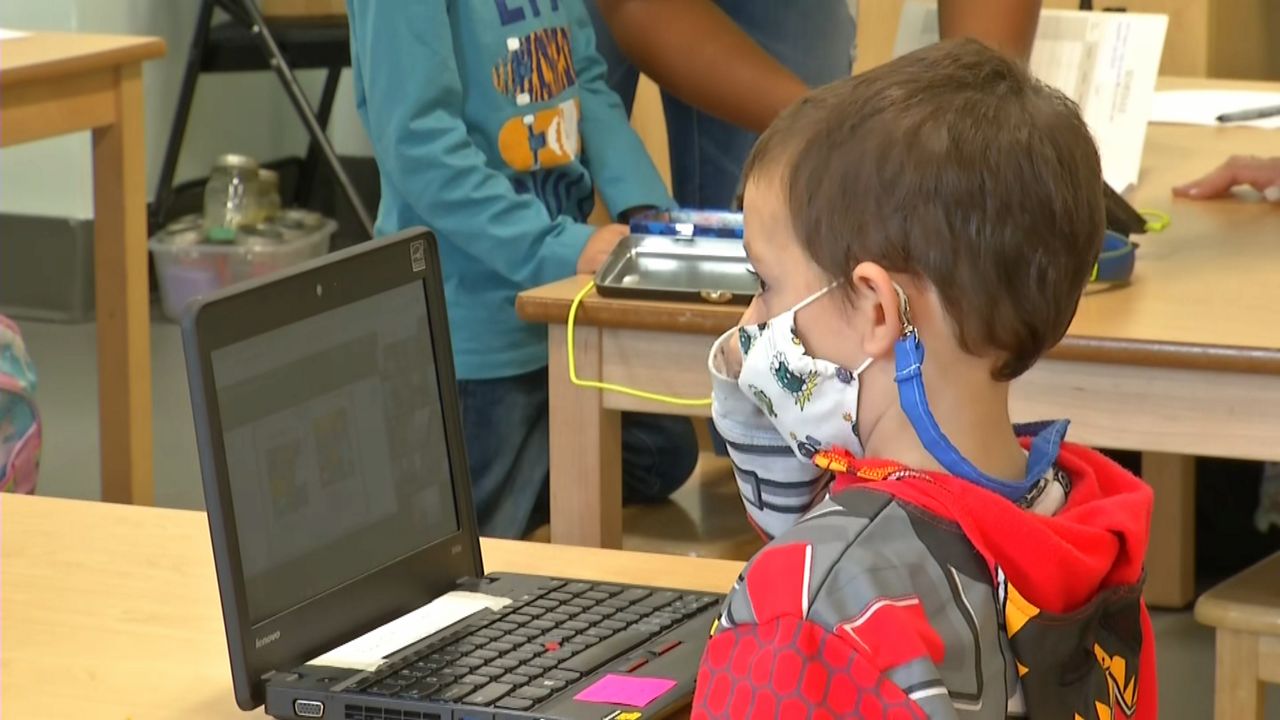 Mayor de Blasio promised to provide 100,000 free childcare seats at centers called Learning Bridges: places where children could learn remotely instead of at home, while their parents go to work.

But with the school year finally under way, many parents say they are still waiting to learn if their kids will get one of the coveted slots.

"We’ve heard nothing from Learning Bridges, other than that they’ve received our application,” said Bryce Wisell, a parent of two children.

The city has opened just 3,600 seats so far, but promises 30,000 by Tuesday, when students in elementary schools begin blended learning—alternating between going to class and learning remotely, a way to limit class sizes during the pandemic.

"The timeline in which they’re giving out information to everybody doesn’t give us any time as parents to plan," Wisell said.

Wisell is an assistant high school principal at a city public school, so he can’t work remotely. His wife is a social worker and therapist who needs privacy to speak to her clients. They transferred their five year old to a charter school, so he can attend in-person classes four days a week. Until they can place their seven-year-old in Learning Bridges, they're paying a sitter $150 a day to be with him on his remote learning days.

"If we don’t have a spot for our oldest son in the Learning Bridges program by the end of October, I think my wife is going to have to take them to Vermont to live with her parents and I’ll just drive up there every other weekend because that's it, we’ll go broke,” he said.

Wisell tried to learn the status of his application this week, but was told it hadn't be received, although he had an email proving it was.

Lisa Brassell has an application pending, too. Her husband is an essential worker, and she often needs to be in the university lab where she works. If she doesn't get two Learning Bridges spots for her kids, she'll have to put them in paid childcare.

"I understand they’re in a position, but the idea was they were supposed to start September 10. So it’s already, you know, like the end of September,” she said.

The mayor has emphasized that the program had to be created from scratch, and on a tight timeline.

"It's been a really challenging endeavor, but we're getting there and the numbers are really going to grow,” he said.

But parents like Wissel and Brassel said that, with the school year beginning, the program is one more source of anxiety and uncertainty.