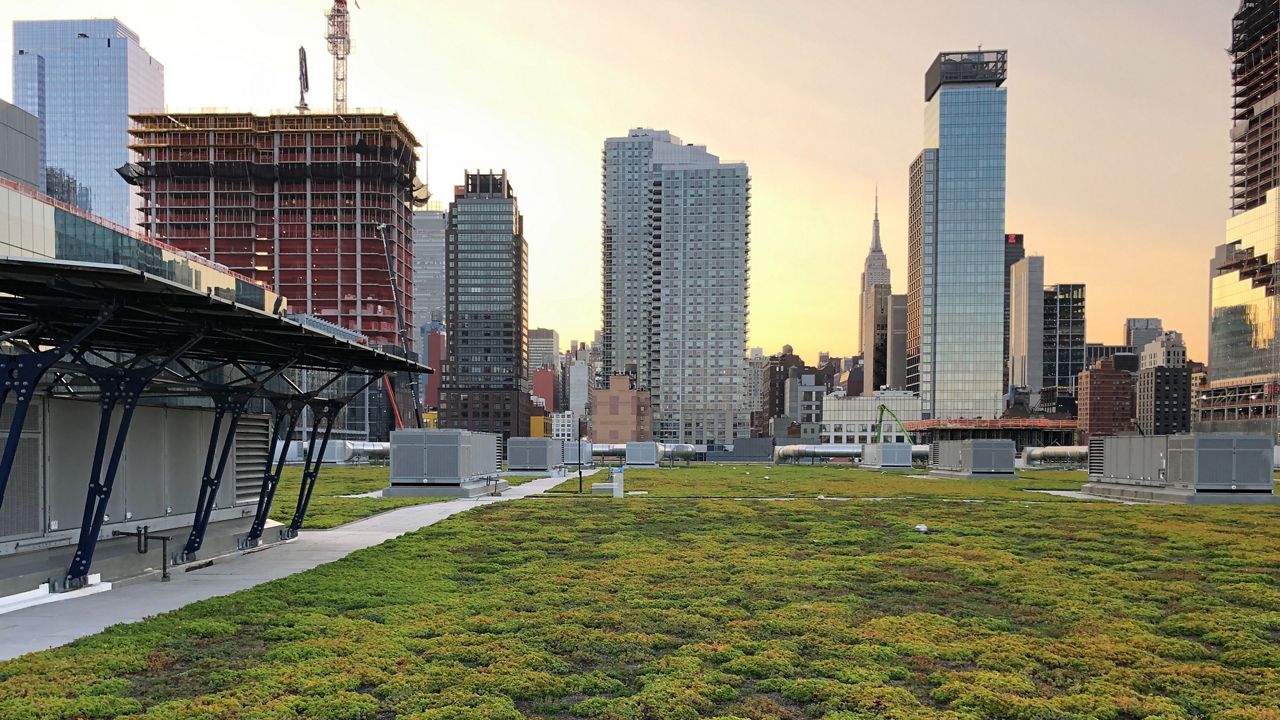 It's the newest addition to the Green Roof at the Javits Center: a canopy covering an HVAC unit, one of 34 that will be placed on the West Side Building, each made up of 44 solar panels. It’s part of a massive solar array system being placed on the convention center’s roof.

“All in all, 4,100 solar panels and a battery storage located in the building to capture that solar energy and be able to use it at night when the sun is not out,” explained Gil Quiniones, president and CEO of the New York Power Authority.

Quiniones, who toured the project with Lieutenant Governor Kathy Hochul, said this piece of the the $1.5 billion, 1.2 million square foot expansion of the Javits has a lot going for it.

"It's good for the environment. It addresses the existential threat of climate change, but at the same time, it makes economic sense”, said Quiniones.

It’s part of a clean energy trend for the Power Authority, the nation's largest state public power organization. NYPA makes 25 percent of the state's power, 80 percent of that is clean, renewable hydropower.

Some of that power is distributed to government buildings, airports and the subway system in the five boroughs.

The Javits Center is also adding a rooftop farm as a piece of the expansion, part of a sustainability program which reflects the state's climate and clean energy initiative.

"The threat of climate change is really no longer a threat, it's a reality,” said Lieutenant Governor Kathy Hochul, who added that it is amazing how Javits is making the building more energy efficient and reducing the carbon footprint, all while protecting wildlife species.

The green roof has attracted numerous species of birds and bats since it was installed. There’s also five bee hives, which the Javits Center uses to make its own honey.

The project comes as the Javits expansion is on schedule to be completed by early 2021.

It’s been a different kind of year for the Convention Center, which typically hosts trade shows and popular events like the New York Auto Show, but hasn’t due to coronavirus restrictions.

During the early days of the pandemic, Javits acted as a hospital for a month and a half, treating 1,100 patients. Right now, they can't have large events, but a broadcast studio was constructed to host virtual events.