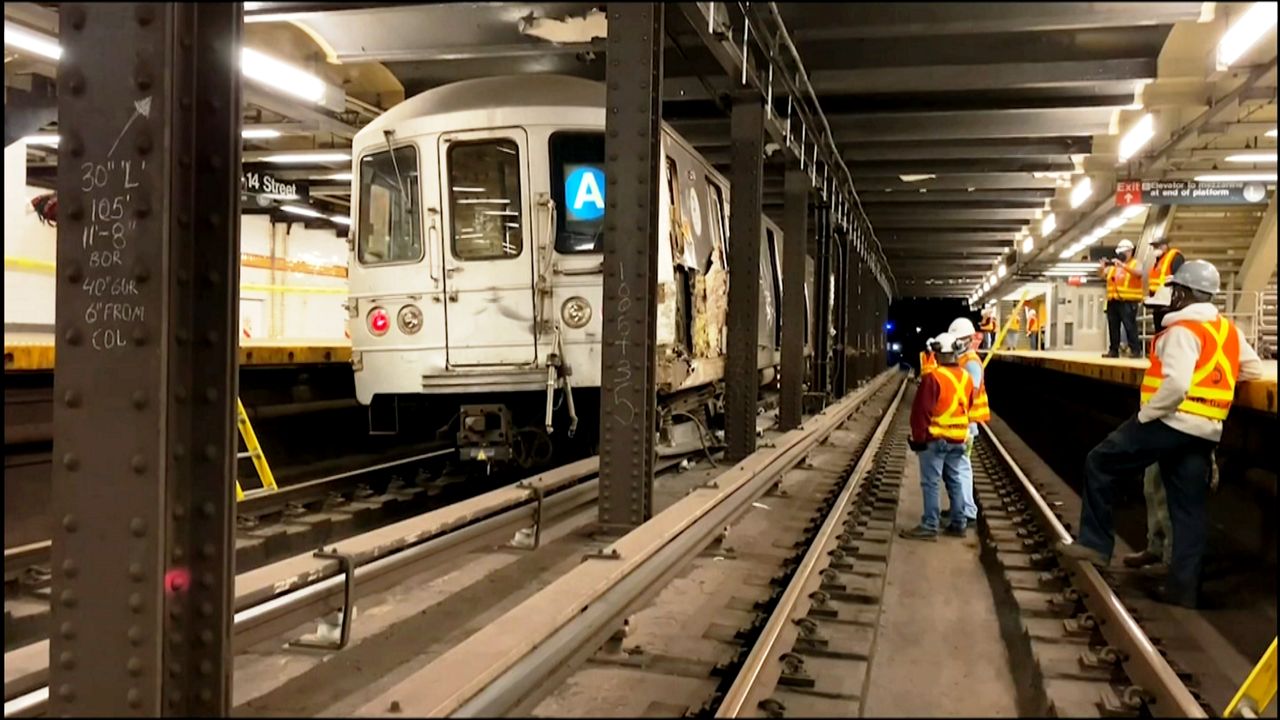 Back on Track: Service Returns After Weekend 'A' Train Derailment

NEW YORK - The MTA expects a normal morning commute after Sunday's derailment of an A train in Manhattan caused hours of service problems.

A man from the Bronx is now facing charges after police say he threw construction debris on the track. The debris caused the first car of a northbound A train to come off the tracks at the 14th Street station.

More than 130 passengers were safely removed from the train and no injuries were reported.

MTA officials revealed the extent of the damage during a news conference Sunday.

"We have track components including the track ties, the plates, the clips the rails themselves. We have signal damage, two stop motors which drive the arms up and down when the signal turns red. We have several hundred feet of third rail that was damage. We have significant damage to the car itself," said Frank Jezycki, Acting Senior Vice President, MTA Department of Subways.

The accident also caused a northbound “A” train to lose power near 34th Street and stop in the tunnel.

Those passengers were transferred to another train.

The MTA says it had crews working through the day and overnight to make sure full service was restored by the Monday morning rush.

"I got to give credit — there was a bystander that really did a lot of great work on this incident and led to us capturing him literally within minutes. That individual, three weeks ago, [was] arrested by the NYPD for breaking a window on a city bus,” Shea told NY1 Monday morning.

“Whether its violence, or whether it’s different types of crime that happen throughout the city, it’s the precision piece and identifying who‘s committing it and coming up with real solutions — real solutions that work. Whether it’s treatment, whether it’s incarceration, but not just putting them back on the street because I think this is the kind of stuff that really frustrates New Yorkers,” he said.

Shea said the NYPD is working closely with the Manhattan DA's office on this case.