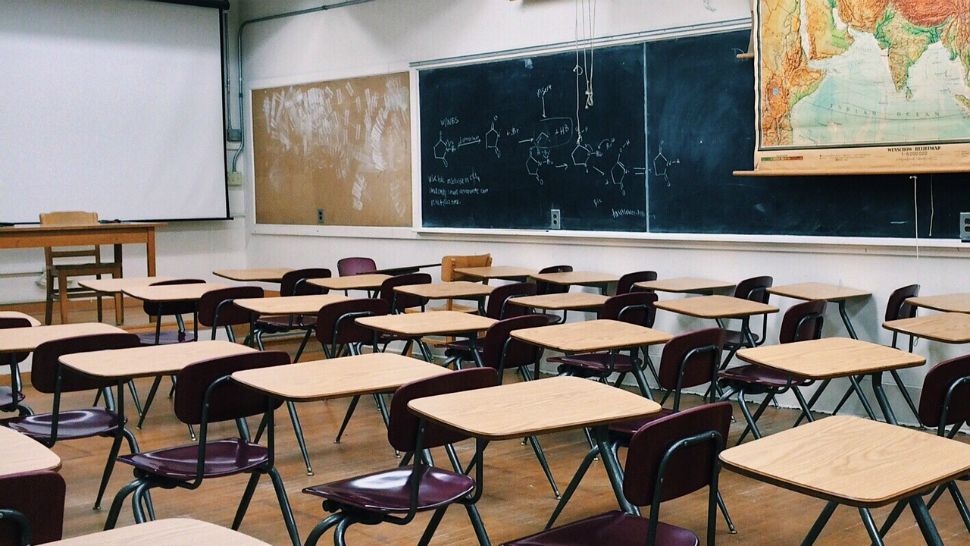 Not All NYC Public Schools Will Reopen Monday, Mayor Says

"Real concerns have been raised by my colleagues," de Blasio admitted. "They acknowledged that real progress had been made, but not enough and more needed to be done."

Only 3K, pre-K, and District 75, special education, classrooms will open Monday as part of the new phased reopening plan, according to the mayor.

Parents, teachers, students and advocates rallied and carried signs saying “We won’t die for the DOE” as they took to the streets to demand a safer school reopening plan from city and state leaders Thursday evening.

The march was planned before de Blasio made the announcement about delays.

Many protesters said remote learning is the only way to safely educate kids at the moment.

“This has been a roller coaster since March. So it’s the same MO. They are disorganized, they are not creative and above all, they didn’t make this a priority,” said protester Olympia Kazi.

The march kicked off at East 7th Street and Avenue B in the East Village before culminating with a rally at Columbus Park in Chinatown.

Virtual classes will begin for students not returning to schools on Monday, Department of Education Chancellor Richard Carranza said.

But union leaders have estimated the DOE needs 10,000 more teachers to run its blended learning plan, which sends in-school learners to classrooms about three days a week and remote learners into virtual classrooms.

"This number is specifically what we think we need to get moving right now," Mulgrew said. "We're going to do another analysis later in the week."

This is the second time New York City parents have learned their kids will not be returning to about 1,700 public schools, initially scheduled to reopen on September 10.

For weeks, parents, teachers and school staff have been raising concerns over classroom ventilation, missing school nurses, and COVID-19 testing protocols, among others, but de Blasio repeatedly argued the DOE had the staff and safety measures needed to reopen in early September.

De Blasio defended delays by arguing parents would understand complications involved in providing an education to 1.1 million students amid a global pandemic.

One reporter, and public school parent, asked de Blasio if he owed parents an apology.

"Everyone is trying, everyone is giving it their all," de Blasio said. "I think the vast majority of parents appreciate that we're trying to get an education to their kids."