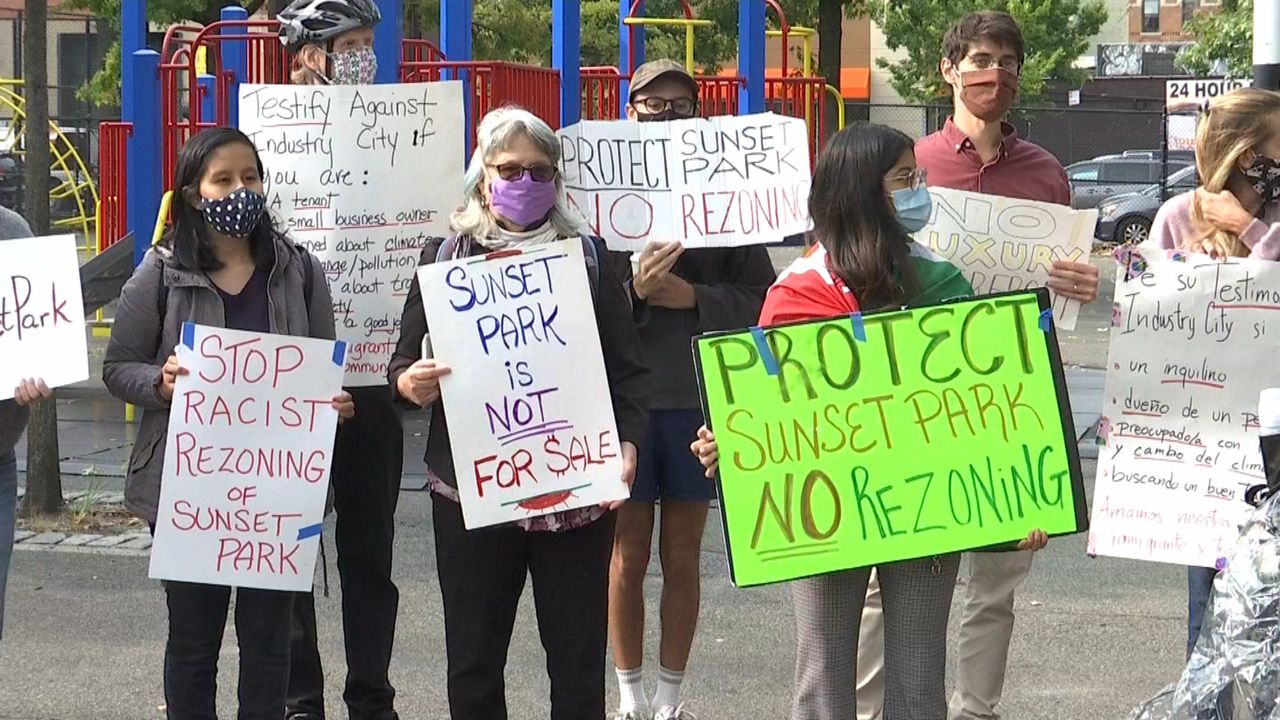 Chanting “Sunset Park is not for sale,” protesters took to the streets to oppose a rezoning plan, which allow one of the largest private developments in the city.

Others logged on to computers as the City Council's Land Use Subcommittee held a virtual public hearing on the plan to transform part of the Brooklyn Waterfront.

"We need you to stand with us, to say no to Industry City's rezoning application,” said one protester.

"I urge the council to vote no on the application,” said Cesar Zuniga who chairs the Local Community Board 7.

The hearing went on for more than eight hours to accommodate the more than 200 people who wanted to testify.

For the developers, it represented a chance to speak directly to the council members who will will decide the project's fate.

The Industry City site is a complex of warehouse-style buildings once known as Bush Terminal. The rezoning would expand its footprint to attract more commercial, retail and tech tenants. The developers say their plan would result in 20,000 jobs and partnerships with colleges.

"Having schools embedded in our campus where they are next door to the businesses that are here will facilitate those internships, that kind of tech transfer,  that kind of entrepreneurship will allow those individuals to either join those companies or start their own business here”, said Industry City CEO Andrew Kimball. “And we will need more space for that."

The blessing of the local council member usually gets a project through. But Councilman Carlos Menchaca said the plan is wrong for the working-class community. He accused Industry City of rushing the application without any accountability on the promise of jobs.

"How is it that you can just ask us to trust you at this point,” said Menchaca. “When we've known every single time when developers are in this position the weakness of the final agreement leaves communities vulnerable, period."

"We support a responsible rezoning on Industry City that will create a path to raise standards for existing workers and create good new jobs that are desperately needed,” said David Cohen of 32BJ SEIU.

Everyone agreed on the need for jobs, but what kind, and who would get them? Many expressed interest in hammering out an agreement to guarantee the community benefits before any approval could happen.