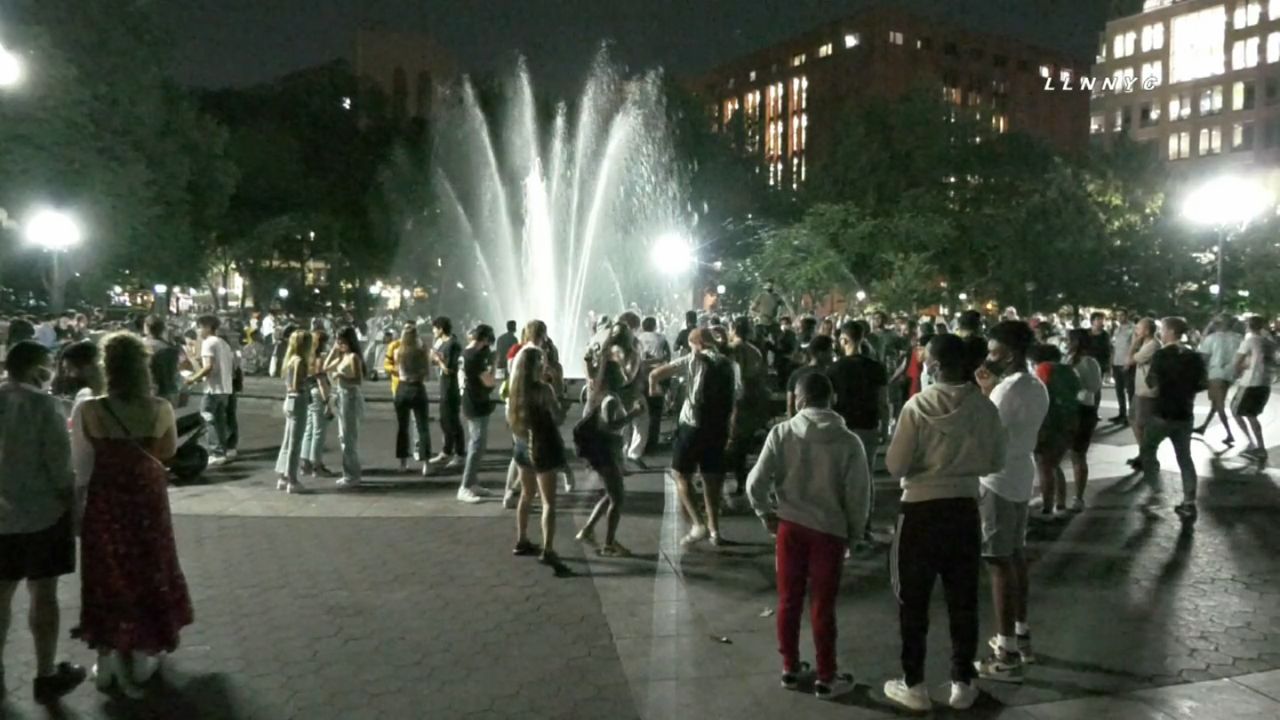 Video shows hundreds of young people congregated to dance and drink. Some wore masks and while others did not; there was little observance of social distancing.

“I live in this neighborhood. It makes me concerned COVID is going to spread when we’ve worked so hard and I think they should be banned. It shouldn’t happen,” said one local walking her dog Sunday morning through the park.

The public park is just steps away from NYU, surrounded by the university’s dorms and academic buildings.

The school allowed students to return one week ago. Classes started Wednesday.

Students who needed to quarantine upon arrival were permitted to move in August 18.

“It’s kind of annoying that this could set us back, you know, it’s concerning,” said Arley, a freshman from South Carolina who shared only her first name. “It worries me that it’s going to get worse and everyone is not taking precautions,” she explained.

Hours before the party Saturday, the university issued a Tweet reminding students to wear a mask and maintain social distance. Twenty students have already been suspended from the school for failing to follow health and safety guidelines.

The enforcement comes as colleges and universities across the state and country balance a return to the classroom with containing the spread of the virus.

With class in-session at NYU, local residents say it’s typical to see young people congregating in the park, but this season they hope socializing will be done at a safe distance and with face coverings in place.

“It concerns me for them but I try to avoid the park when it’s that busy,” said local resident Charles Gepp. “My guess is that they are not as concerned as a lot of other people and that’s to be expected.”

A spokeswoman for NYU said the university has not received any reports of particular NYU students being involved in the gathering and added, “We've made it emphatically and repeatedly clear to our students that the safety and health rules that we've put in place this year apply at all times - whether they're on campus or off campus in public parks, such as Washington Square Park.​”