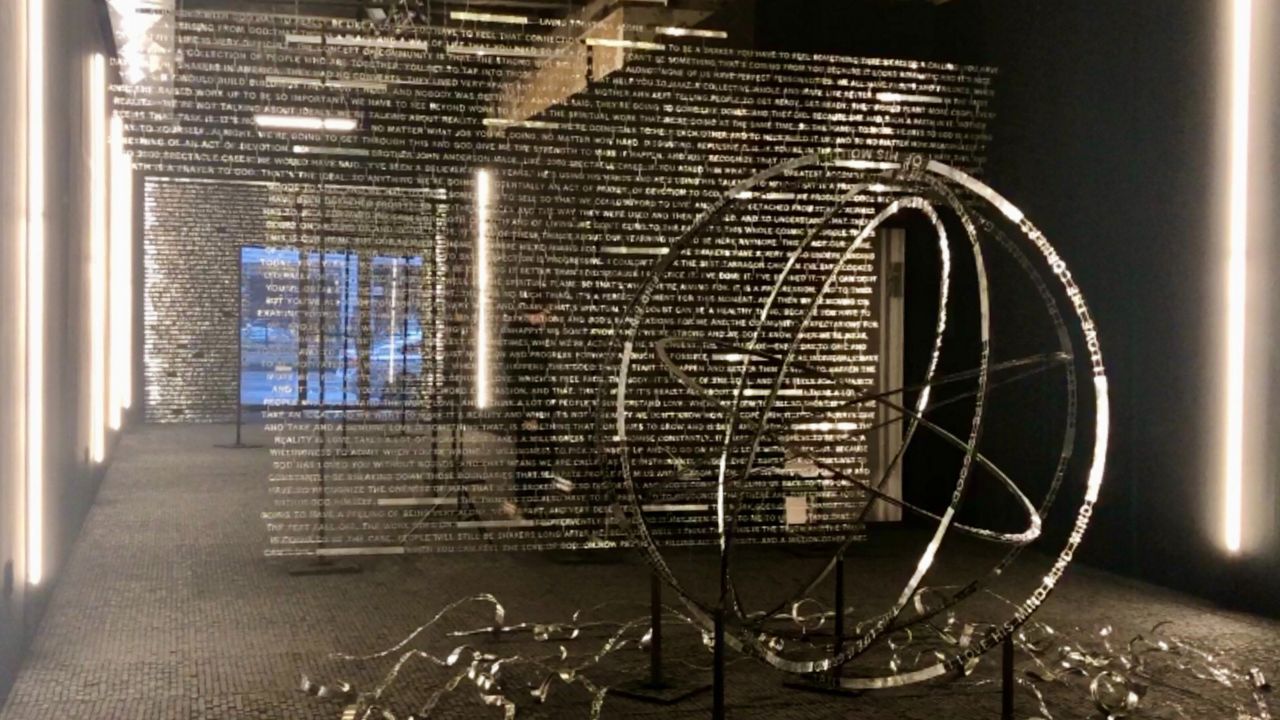 NEW YORK - Maria Prado never expected to be at an art exhibit, let alone be part of one.

Years ago, when she was homeless, Prado was interviewed by photojournalist Margaret Morton.

Her words from back then are now part of a sculpture featured at a new Lower East Side art exhibit.

"I know that if it weren't for her doing the interviews she did with me and putting it out there that I would basically be just another statistic, another homeless woman on the street,” Prado told NY1. “You wouldn't even know who Maria is.”

Morton spent five years chronicling dozens of people experiencing homelessness who lived in an underground rail tunnel on Manhattan's West Side. They were known as “Mole People.”

As Prado fought to rebuild her life, they became friends.

That friendship is explored in the art installation, which closed in March after being open for just a few weeks because of the coronavirus pandemic.

Sadly, Morton did not live to see its reopening. She died of Leukemia earlier this summer.

Still, her incredible impact on Prado and others is what artist and curator Jonathan Berger had in mind when putting together the artwork called "An Introduction to Nameless Love" at Participant Inc. Gallery.

"I started thinking a lot about meaningful relationships that define people's lives and are particularly profound, but that exist outside of romance,” said Berger.

He's focused on stories about love of place, work, community and even animals.

In the middle of this gallery where the words seem to fall into disarray, as many loves do, are lyrics to a new song by R.E.M. frontman Michael Stipe, a longtime collaborator of Bergers.

The song is about designers Charles and Ray Eames, who had a tumultuous marriage, but could not work without each other.

“The thing that Jonathan offers is a reservoir of thought, but there is also a lightness and beauty to it. It really has to be experienced firsthand to understand how wondrous it is," said Stipe.

The work will also serve as a loving tribute to Morton.

"She will ever be in my heart,” Prado said.

The gallery reopens September 9. For more details go to participantinc.org.