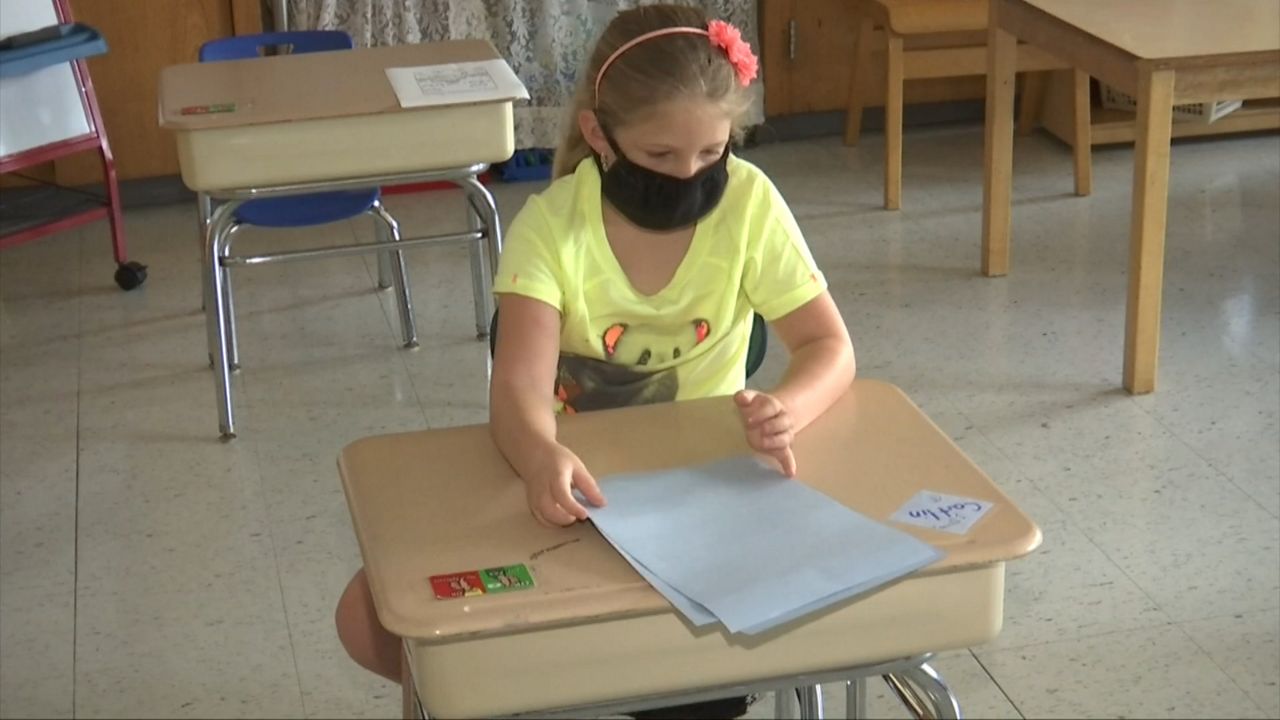 Mayor de Blasio said his administration's decision that blended learning students will have separate teachers for the days they learn in classrooms and days they learn remotely gives principals the guidance they needed to start school on time.

"I guess you could say in some sense now that there is guidance, there is clarity. But the clarity is: we can’t do this,” said Mark Cannizzaro, president of the Council of School Supervisors and Administrators, the union representing principals.

In a letter to de Blasio, Cannizzaro said the new guidelines make reopening "exponentially more challenging"... because having two teachers for each blended class will require thousands of extra educators.

"One, this isn’t going to happen without the addition of a lot more people, and two, we don’t have the funds and the resources necessary to have them, and three, if we did solve all of those things, how are we expected to do this by September 10?" he asked.

Cannizzaro said many principals already had planned to have one teacher oversee both the in-person and remote learning components of blended classes.

"Folks went out they did the best they could without the guidance. Now, they've received this guidance this late, and they’re scrambling," he said.

M.S. 839, in Windsor Terrace, Brooklyn, had devised a plan to limit blended classes to 12 students and have the same teacher lead the students every day.

"Probably upwards of hundreds of hours of work at this point, and the guidance that was released yesterday contradicts or cancels out a lot of the work we've been doing,” said Principal Micael Perlberg.

He said it's unclear whether his plan will be allowed under this new guidance. And he's not alone.

"For the last two nights since this guidance came out, people have been up into the wee hours of the morning trying to see if they can rework these programs that they’ve built to comply with the new guidance. As a school, we’re not quite sure what we’re going to do,” he said.

For Perlberg’s school, operating under the guidance put out by the Education Department would require more teachers at a time when the school was trying to ensure students could build relationships with just one.

“We don’t have enough staff to make it work the way that this guidance has suggested without bringing in outside people that we don’t know, and I think when we have students returning from a pandemic, first and foremost, we need teachers who know them well as young people and can build relationships with them and meet their needs,” he said.

The union says the complexity of reworking plans and finding so many additional teachers in so little time are why the school year should be delayed.

"We’re selling this to the public right now and to the parents, and someone’s got to be honest with them and tell them this isn’t going to work. We’re going to need a lot more time to get this done,” Cannizzaro said.